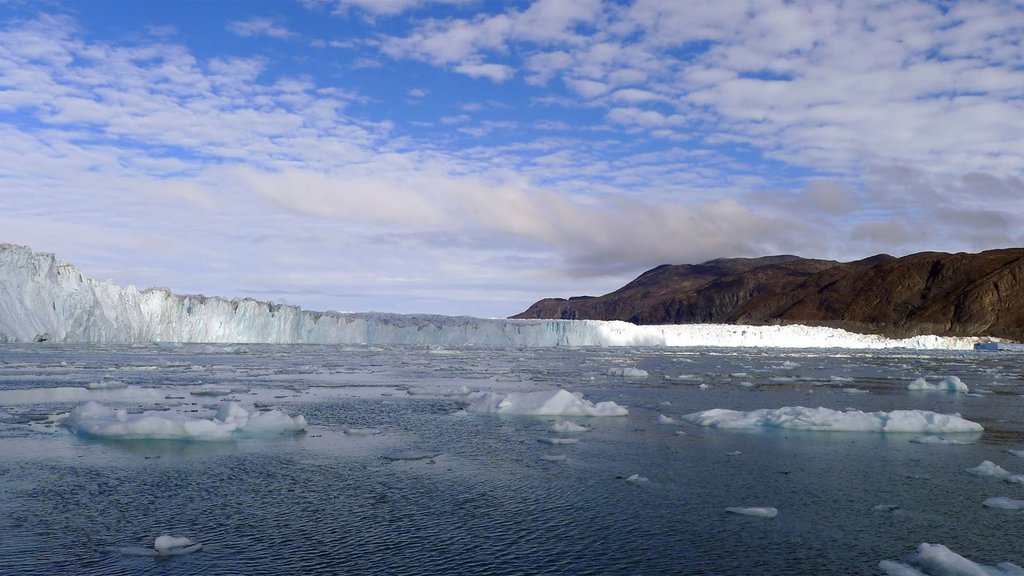 NASA's Oceans Melting Greenland (OMG) mission has released preliminary data on the heights of Greenland coastal glaciers from its first airborne campaign in March 2016. The new data show the dramatic increase in coverage that the mission provides to scientists and other interested users. Finalized data on glacier surface heights, accurate within three feet (one meter) or less vertically, will be available by Feb. 1, 2017.

Josh Willis, Lead Scientist for NASA's Oceans Melting Greenland mission, shows results for the first ice height survey of Greenland. The instrument (GLISTIN) maps glacial height, and the rate at which the volume of the glaciers changes each year.

As glaciers break off, melt and retreat, they generally speed up. That makes them stretch out and causes their top surfaces to drop lower. By observing how Greenland glaciers' heights change throughout the five-year OMG campaign, scientists will be able to infer how the volume of ice in the glaciers is changing.

The new survey was made with a NASA instrument called the GLacier and Ice Surface Topography INterferometer (GLISTIN-A), which produces very accurate maps of surface topography with high spatial resolution. Because the instrument is flown on an aircraft, it can survey far more of Greenland's coastal glaciers than have previously been studied from ground level, with far more detail than is currently available in satellite observations.

The detailed scientific data from the OMG GLISTIN-A campaign are at: