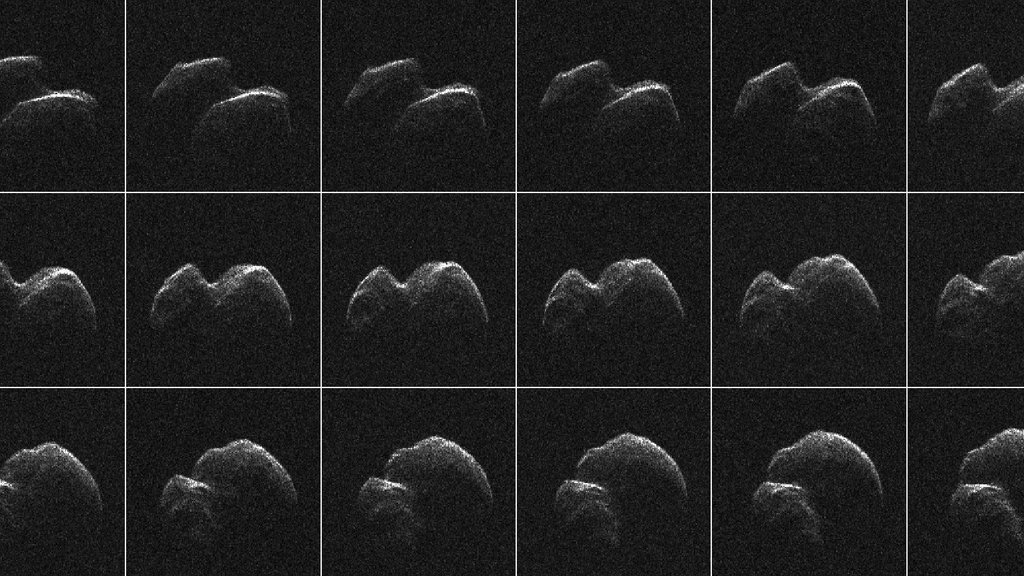 Radar images of asteroid 2014 JO25 were obtained in the early morning hours on Tuesday, with NASA's 70-meter (230-foot) antenna at the Goldstone Deep Space Communications Complex in California. The images reveal a peanut-shaped asteroid that rotates about once every five hours. The images have resolutions as fine as 25 feet (7.5 meters) per pixel.

Asteroid 2014 JO25 was discovered in May 2014 by astronomers at the Catalina Sky Survey near Tucson, Arizona -- a project of NASA's Near-Earth Objects Observations Program in collaboration with the University of Arizona. The asteroid will fly safely past Earth on Wednesday at a distance of about 1.1 million miles (1.8 million kilometers), or about 4.6 times the distance from Earth to the moon. The encounter is the closest the object will have come to Earth in 400 years and will be its closest approach for at least the next 500 years.

The largest of the asteroid's two lobes is estimated to be 2,000 feet (620 meters) across.

Radar observations of the asteroid also have been conducted at the National Science Foundation's Arecibo Observatory in Puerto Rico. Additional radar observations are being conducted at both Goldstone and Arecibo on April 19 20, and 21, and could provide images with even higher resolution.

https://www.jpl.nasa.gov/edu/news/2017/4/18/how-nasa-studies-and-tracks-asteroids-near-and-far/
Teachable Moment: How NASA Studies and Tracks Asteroids
› Check it out