NASA Prepares for Performing New Science on the Moon 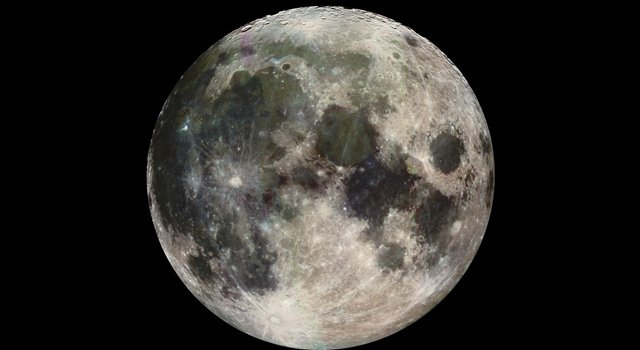 The moon, imaged by the Galileo spacecraft during its journey to Jupiter.+ Full image and caption
Credit: USGS

NASA has selected proposals, including two from JPL, for future lunar science activities.

WASHINGTON -- NASA has selected proposals, including two from the Jet Propulsion Laboratory in Pasadena, Calif., for future lunar science activities. In addition, the agency has established two new programs that will enhance research made possible by the Vision for Space Exploration.

The proposals and programs are part of an effort by NASA to develop new opportunities to conduct important science investigations during the planned renewal of human exploration of the moon.

The seven selected proposals will result in advanced development for simple, autonomous instrument packages deployed on the lunar surface by astronauts. Such "suitcase science" packages could open up a wide variety of research applications regarding the moon and the lunar environment.

Some of the funded efforts will help scientists better understand the lunar dust that creates problems for astronauts on the moon. Other studies will provide a better understanding of the moon's interior, look for natural resources on the lunar surface and use lasers to provide precise information about the position of the moon and its features.

"The proposals we received show that the scientific community is excited about the opportunity to capitalize on the nation's planned lunar outpost. The moon has much to teach us about itself, the history of our solar system, and even the history of the sun. In the future, more and more scientists will be able to participate in lunar research as we focus attention on Earth's fascinating satellite," said Alan Stern, associate administrator for NASA's Science Mission Directorate.

The two selected proposals from JPL are:

The other selected proposals are:

Under the planned Lunar Advanced Science and Exploration Research program, proposals will be solicited for investigations to increase knowledge of the moon while also providing necessary information for humans to live and work there. Studies may include simulations and laboratory work to better understand the lunar environment and its hazards, such as dust and radiation. The program also will support analysis of existing lunar data, including the Apollo and robotic mission data archives, and work to understand the origin and evolution of the moon.

In the upcoming Lunar Reconnaissance Orbiter Participating Scientist Program, NASA will select researchers to perform detailed investigations using instruments aboard the spacecraft during its first years in lunar orbit. Proposals for both programs are due Sept. 7, 2007.

Lunar Reconnaissance Orbiter is NASA's next orbital mission to the moon. Launch is planned in late 2008. It will orbit the moon for at least one year, providing data to accelerate opportunities for future science missions and human exploration.

Details on NASA's lunar research programs are available at: