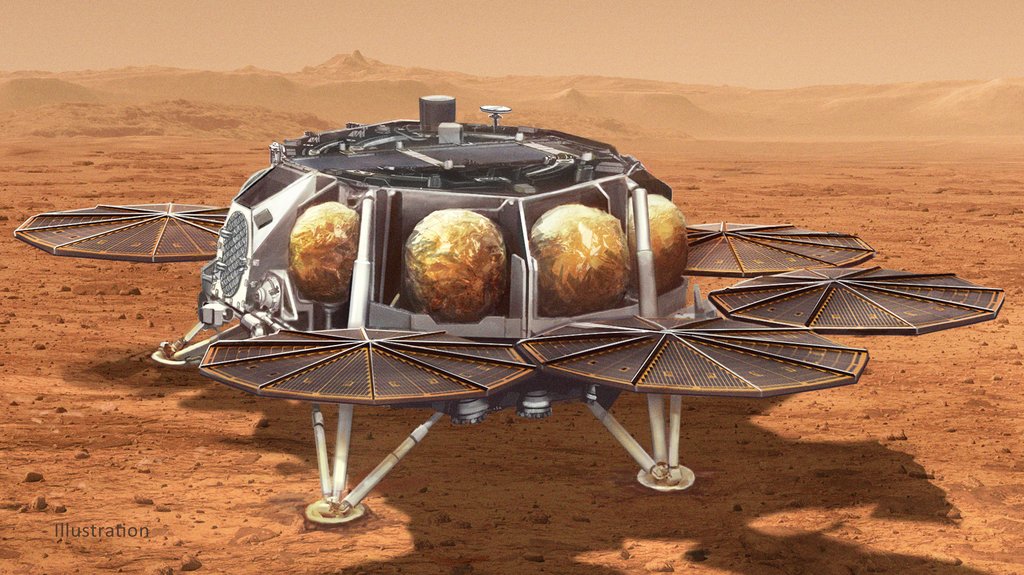 This illustration shows a concept for a proposed NASA Sample Retrieval Lander that would carry a small rocket (about 10 feet, or 3 meters, tall) called the Mars Ascent Vehicle to the Martian surface.

Sixteen scientists from the U.S., Europe, Canada, and Japan have been chosen to help future samples from the Red Planet achieve their full potential.

NASA and ESA (European Space Agency), its partner in the Mars Sample Return Program, have established a new group of researchers to maximize the scientific potential of Mars rock and sediment samples that would be returned to Earth for in-depth analysis. Called the Mars Sample Return Campaign Science Group, the 16 researchers will function as a science resource for the campaign’s project teams as well as for related Earth-based ground projects, such as sample recovery and curation.

“These 16 individuals will be the standard-bearers for Mars Sample Return science,” said Michael Meyer, Mars Exploration Program lead scientist at NASA Headquarters in Washington. “They will build the roadmap by which science for this historic endeavor is accomplished – including establishing the processes for sample-related decision-making and designing the procedures that will allow the worldwide scientific community to become involved with these first samples from another world.”

The members of the Mars Sample Return Campaign Science Group are:

NASA’s Mars Sample Return Campaign promises to revolutionize humanity’s understanding of Mars by bringing scientifically selected samples to Earth for study using the most sophisticated instruments around the world. The campaign would fulfill a solar system exploration goal, a high priority since the 1970s and in the last three National Academy of Sciences Planetary Decadal Surveys.

This strategic NASA and ESA partnership would be the first mission to return samples from another planet and the first launch from the surface of another planet. The samples collected by NASA’s Perseverance Mars rover during its exploration of an ancient lakebed are thought to present the best opportunity to reveal clues about the early evolution of Mars, including the potential for past life. By better understanding the history of Mars, we will improve our understanding of all rocky planets in the solar system, including Earth.