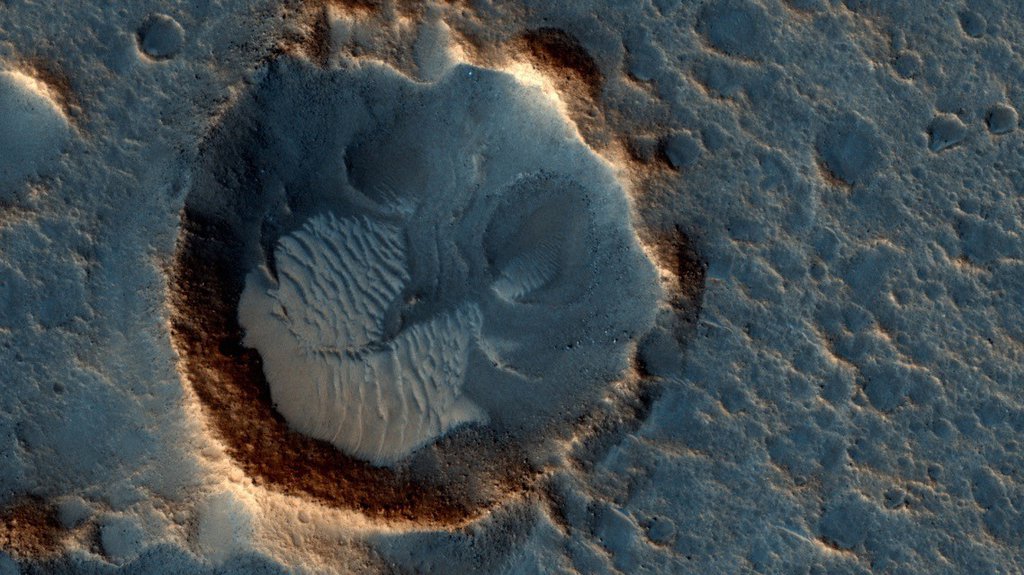 This May 2015 image from the HiRISE camera on NASA's Mars Reconnaissance Orbiter shows a location on Mars associated with the best-selling novel and Hollywood movie, "The Martian."› Full image and caption
Credit: NASA/JPL-Caltech/Univ. of Arizona 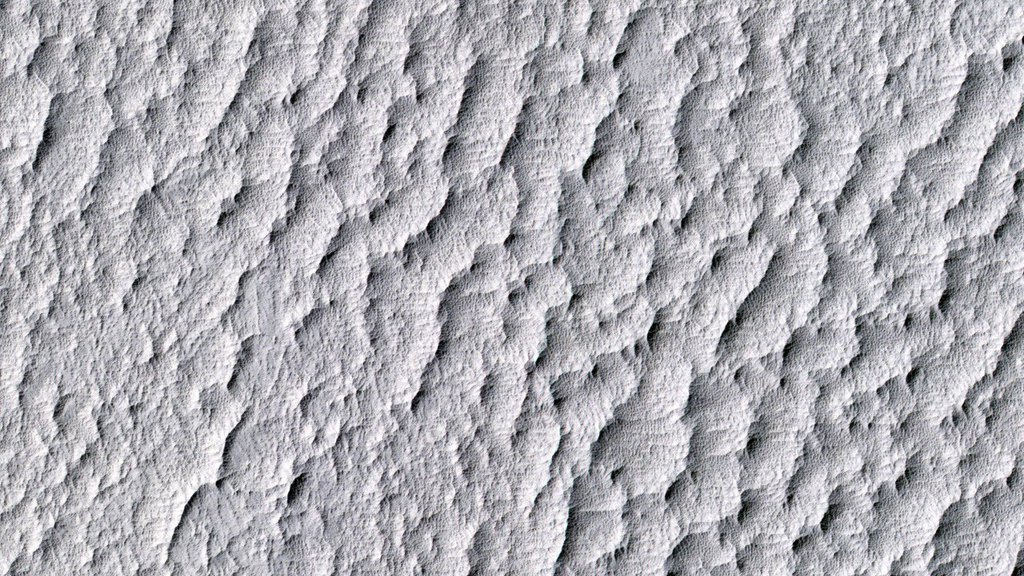 This image from the HiRISE camera on NASA's Mars Reconnaissance Orbiter shows a location associated with the novel and movie, "The Martian."› Full image and caption
Credit: NASA/JPL-Caltech/Univ. of Arizona 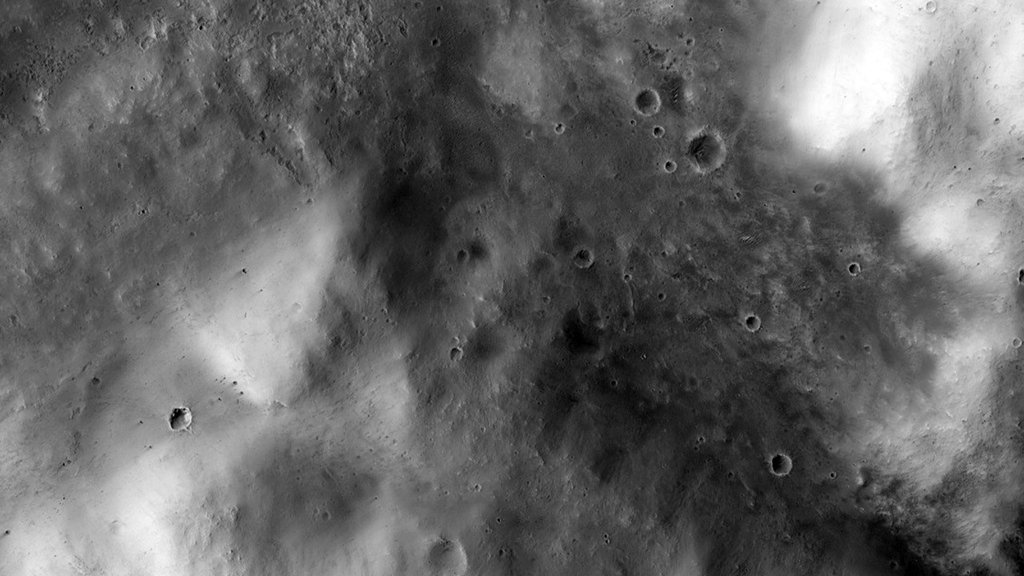 In the novel and movie "The Martian," an astronaut's adventures take him to the rim of Mawrth Crater.› Full image and caption
Credit: NASA/JPL-Caltech/Univ. of Arizona

Images from a NASA Mars orbiter's telescopic camera reveal details of regions on Mars that serve as the setting for the new Hollywood movie, "The Martian."

Views of these two sites, and other locations pertinent to the fictional story, are in the latest weekly release of images from the High Resolution Imaging Science Experiment (HiRISE) camera on NASA's Mars Reconnaissance Orbiter. They are available online at:

Each observation by HiRISE covers an area of several square miles and shows details as small as a desk. More than 39,000 of them have been taken since the Mars Reconnaissance Orbiter reached Mars in 2006. They are available online for anyone to explore, from the comfort of home, at:

The HiRISE team has an online process through which anyone can register to submit suggestions for sites to be imaged on Mars, at:

HiRISE has provided important information used in selection landing sites for NASA's Curiosity Mars rover and other robotic missions. Its observations will be used during an Oct. 27-30 workshop in Houston for consideration of landing areas for real future human missions. More information about the workshop is online at:

HiRISE is operated by the University of Arizona, Tucson. The instrument was built by Ball Aerospace & Technologies Corp., Boulder, Colorado. The Mars Reconnaissance Orbiter Project is managed by NASA's Jet Propulsion Laboratory, Pasadena, California, for NASA's Science Mission Directorate, Washington. JPL is a division of the California Institute of Technology in Pasadena.

For more information about the MRO, which has been studying Mars from orbit since 2006, visit: