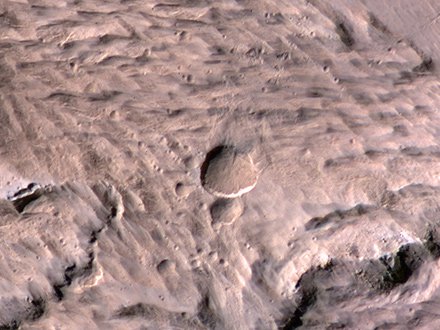 This is the largest fresh impact crater anywhere ever clearly confirmed from before-and-after images. It is 159 feet across.› Full image and caption
Credit: NASA/JPL-Caltech/Univ. of Arizona 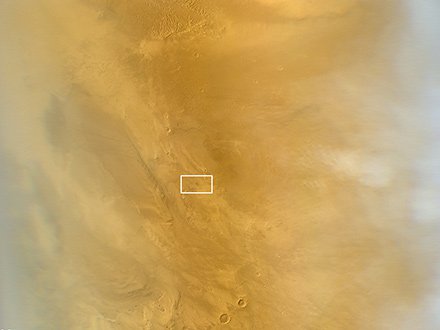 This March 20, 2014, image from the MARCI camera on NASA's Mars Reconnaissance Orbiter has a dark spot (at center of inscribed rectangle) noticed while the image was being examined for a weather report.› Full image and caption
Credit: NASA/JPL-Caltech/MSSS 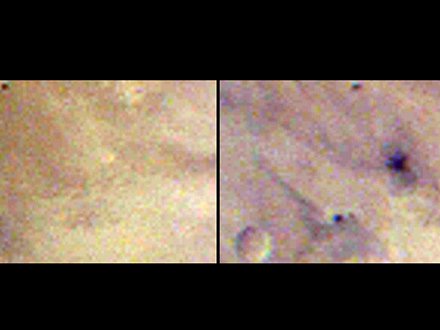 These two images taken one day apart by the MARCI weather camera on NASA's Mars Reconnaissance Orbiter reveal when an asteroid impact made the scar seen in the right-hand image.› Full image and caption
Credit: NASA/JPL-Caltech/MSSS 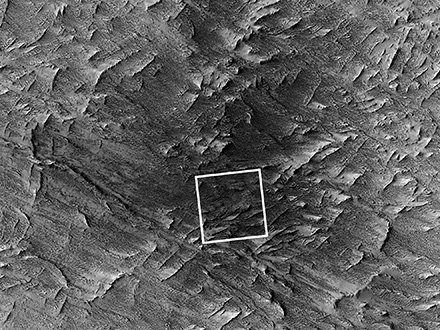 This April 6, 2014, image from the Context Camera on NASA's Mars Reconnaissance Orbiter was taken as a follow-up to discovery of a possible 2012 impact scar in images from the orbiter's Mars Color Imager.› Full image and caption
Credit: NASA/JPL-Caltech/MSSS 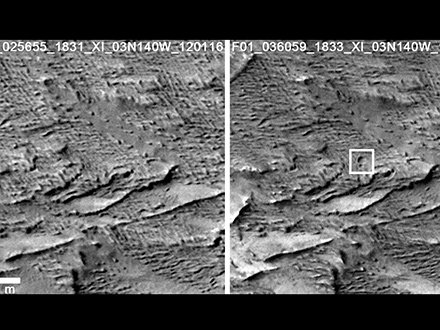 These images from the Context Camera on NASA's Mars Reconnaissance Orbiter were taken before and after an apparent impact scar appeared in the area in March 2012.› Full image and caption
Credit: NASA/JPL-Caltech/MSSS 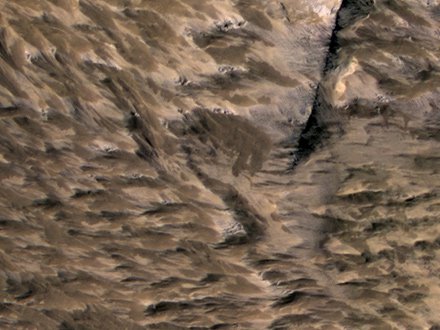 This April 6, 2014, image from the High Resolution Imaging Science Experiment (HiRISE) camera on NASA's Mars Reconnaissance Orbiter shows numerous landslides in the vicinity of where an impact crater was excavated in March 2012.› Full image and caption
Credit: NASA/JPL-Caltech/Univ. of Arizona

Researchers have discovered on the Red Planet the largest fresh meteor-impact crater ever firmly documented with before-and-after images.