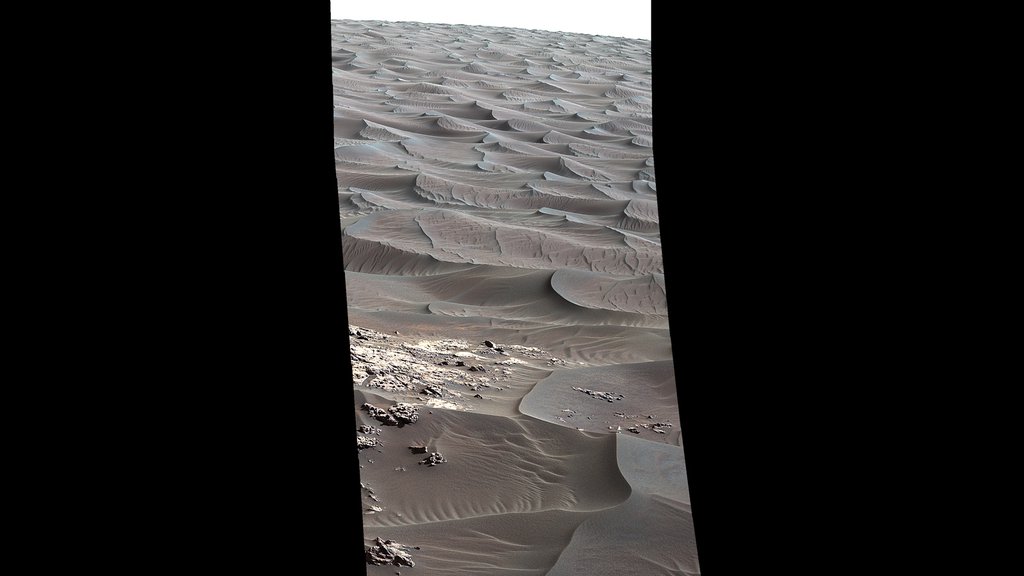 The rippled surface of the first Martian sand dune ever studied up close fills this Nov. 27, 2015, view of "High Dune" from the Mast Camera on NASA's Curiosity rover.› Full image and caption
Credit: NASA/JPL-Caltech/MSSS 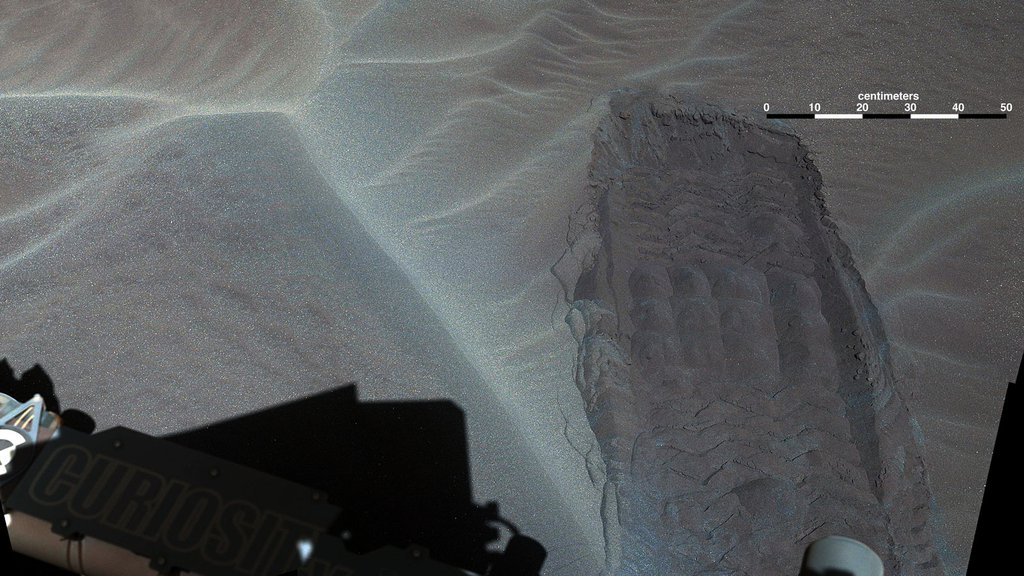 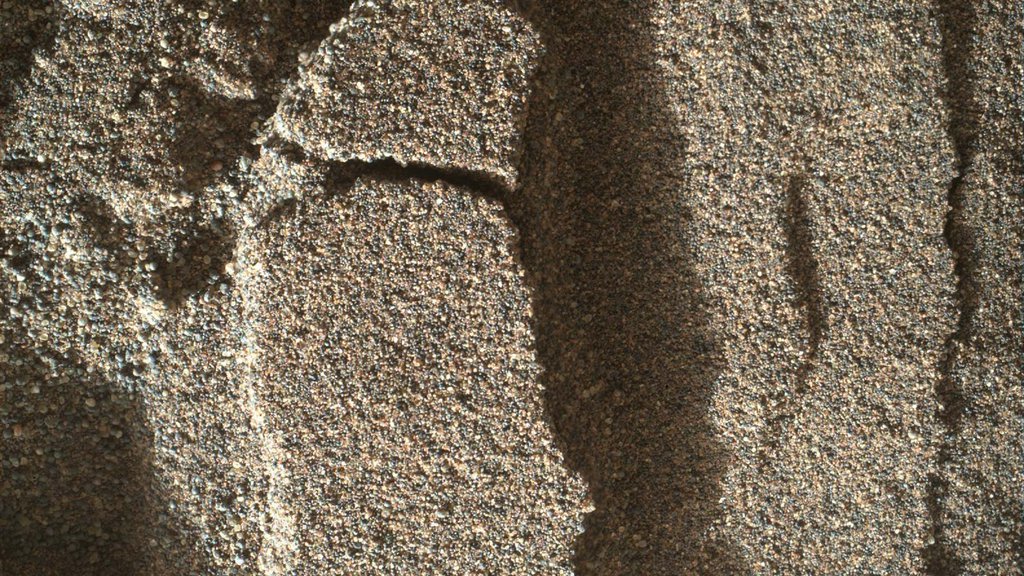 This view shows grains of sand where NASA's Curiosity Mars rover was driven into a shallow sand sheet near a large dune.› Full image and caption
Credit: NASA/JPL-Caltech/MSSS 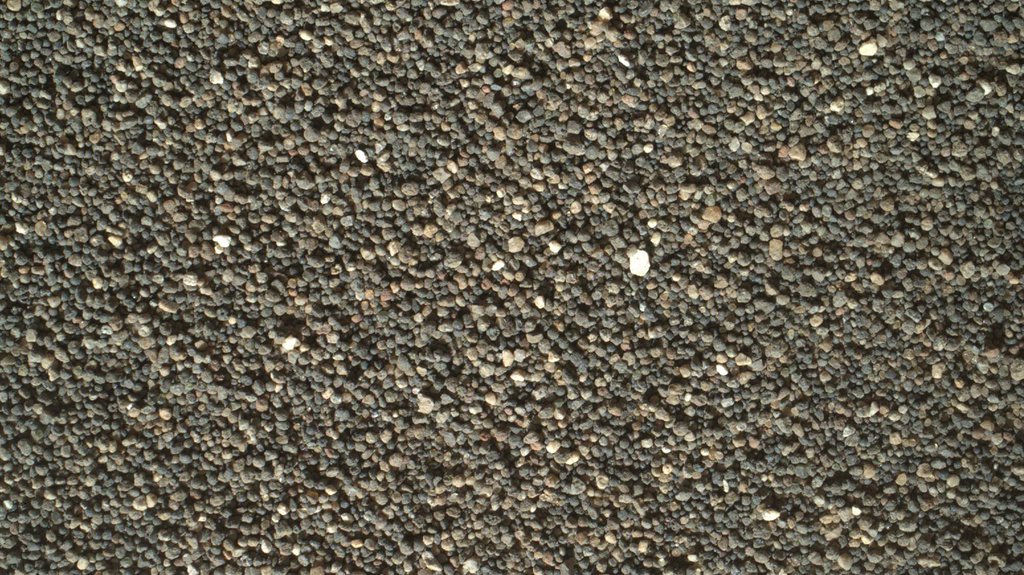 The Curiosity rover is examining the first active sand dunes ever studied up close on any planet besides Earth.

› Curiosity is using its wheels, as well as its science payload, to investigate sand that forms active dunes on Mars.

› Plans call for the rover to scoop up and sieve sand for onboard laboratory analysis.

NASA's Curiosity Mars rover has begun an up-close investigation of dark sand dunes up to two stories tall. The dunes are on the rover's trek up the lower portion of a layered Martian mountain.

A view of the rippled surface of what's been informally named "High Dune" is online at:

A wheel track exposing material beneath the surface of a sand sheet nearby is at:

The dunes close to Curiosity's current location are part of "Bagnold Dunes," a band along the northwestern flank of Mount Sharp inside Gale Crater. Observations of this dune field from orbit show that edges of individual dunes move as much as 3 feet (1 meter) per Earth year.

The rover's planned investigations include scooping a sample of the dune material for analysis with laboratory instruments inside Curiosity.