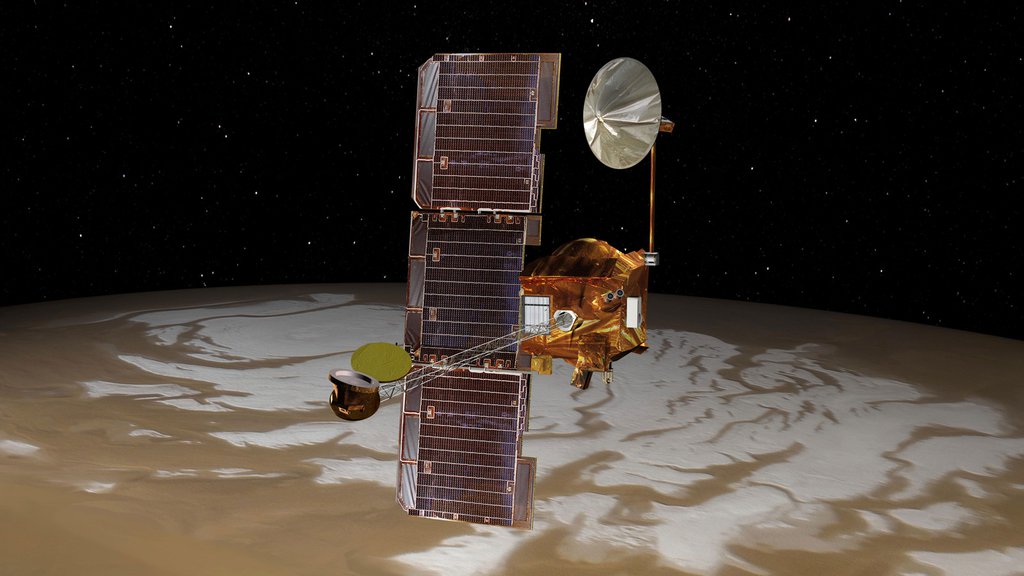 The orbiter resumed communication relay assistance to Mars rovers on Dec. 30, 2016. Science observations of Mars by instruments on Odyssey resumed on Jan. 3, 2017, with its Thermal Emission Imaging System, and on the next day with its High Energy Neutral Spectrometer and the Neutron Spectrometer.

NASA's Mars Odyssey orbiter, which has been in service at Mars since October 2001, put itself into safe mode -- a protective standby status -- on Dec. 26, while remaining in communication with Earth.

The Odyssey project team has diagnosed the cause -- an uncertainty aboard the spacecraft about its orientation with regard to Earth and the sun -- and is restoring the orbiter to full operations. Odyssey's communication-relay service for assisting Mars rover missions is expected to resume this week, and Odyssey's own science investigations of the Red Planet are expected to resume next week.

The orbiter's knowledge of its orientation was restored Dec. 26 by resetting the inertial measurement unit and the circuit card that serves as interface between that sensor, the flight software and the star tracker, for determining spacecraft attitude. The mission last experienced a similar fault and solution in December 2013.

Mars Odyssey left Earth on April 7, 2001, entered orbit around Mars on Oct. 24, and began systematically examining Mars in February 2002. In December 2010, it surpassed the previous record for longevity of a robotic mission at Mars. The Mars Odyssey Project has been extending that record daily for more than six years.

In addition to its direct contributions to planetary science, Odyssey provides important support for other missions in NASA's Journey to Mars through communication-relay service and observations of candidate landing sites.