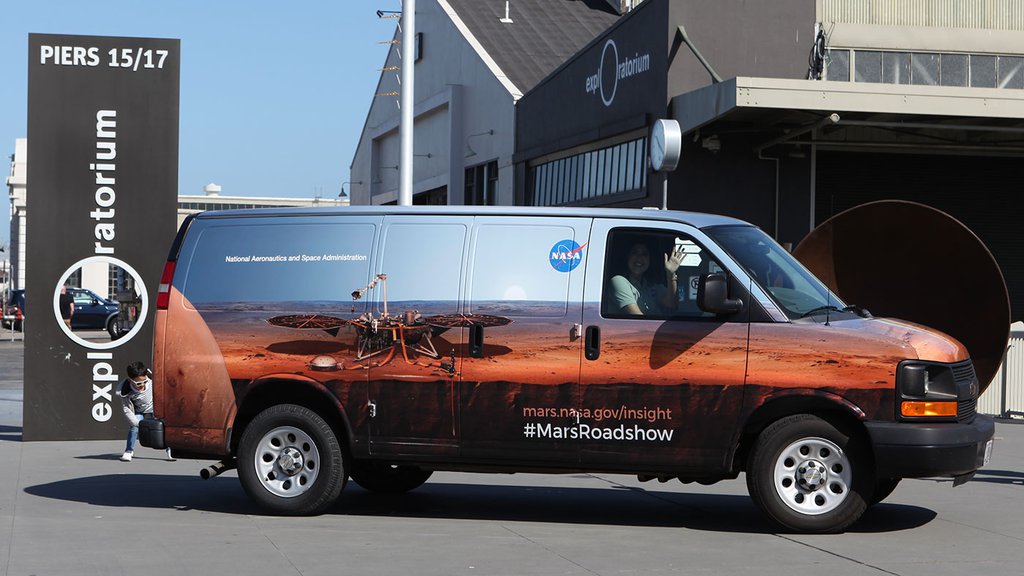 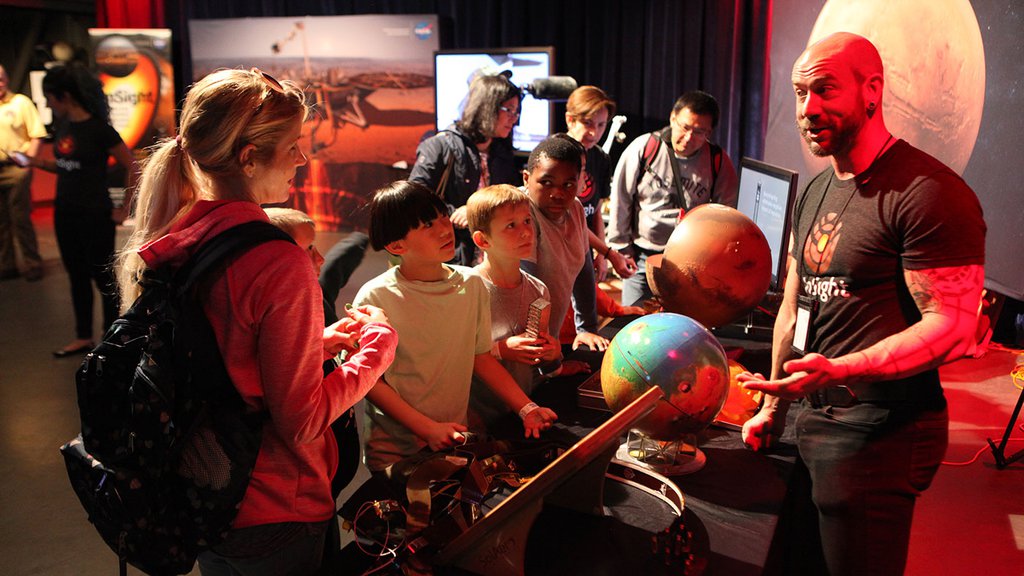 Troy Hudson, right, shares the science of NASA's InSight mission with kids at San Francisco's Exploratorium in April 2018. Hudson is a scientist and engineer with InSight.
Credit: NASA/JPL-Caltech 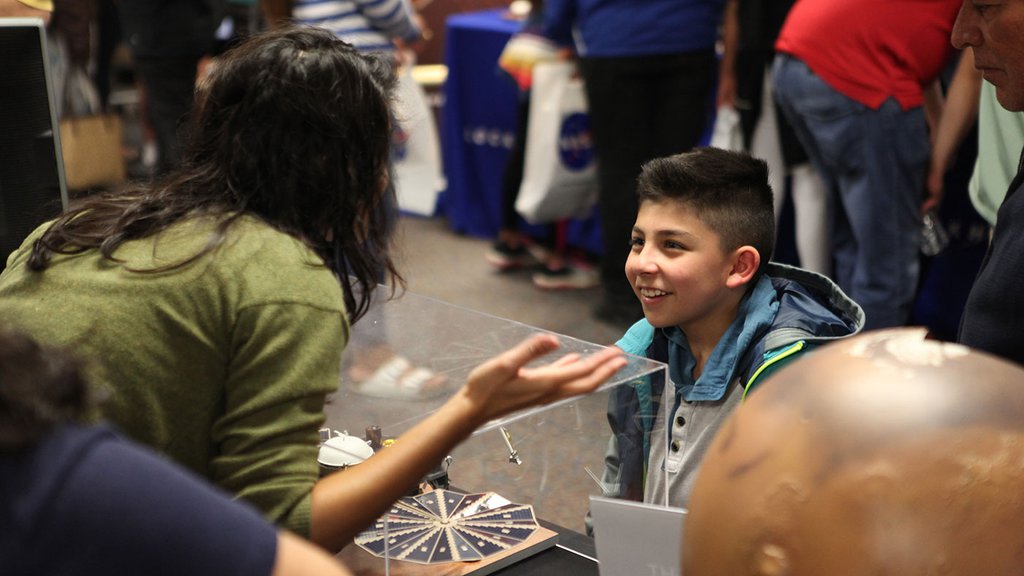 Amruta Mehta, a member of the Mars InSight Roadshow, speaks with a boy at one of the Roadshow's stops in Santa Maria in May 2018.
Credit: NASA/JPL-Caltech

Starting this week, scientists and engineers working on NASA's InSight mission will begin visiting cities in the Southern California region. InSight launched on May 5 from Vandenberg Air Force Base -- the first interplanetary launch from the West Coast. Leading up to the landing on Mars on November 26, the Mars InSight Roadshow is stopping at cities throughout quake-prone California to explain how the robotic lander will study Mars' deep interior using seismology and other geophysical measurements.

The Roadshow brings family-friendly science activities, exhibits and public talks to communities throughout California, making comparisons between earthquakes and the marsquakes that InSight will try to detect. The Roadshow will also partner with local organizations along the way, promoting planetary science. All the museums on the Roadshow are members of the NASA Museum Alliance.

Learn more about future dates and details at:

InSight stands for Interior Exploration using Seismic Investigations, Geodesy and Heat Transport. It will be the first mission to study the deep interior of Mars, using an ultra-sensitive seismometer, a heat-flow probe and other instruments. InSight is managed for NASA by the agency's Jet Propulsion Laboratory in Pasadena, California. JPL is a division of Caltech.