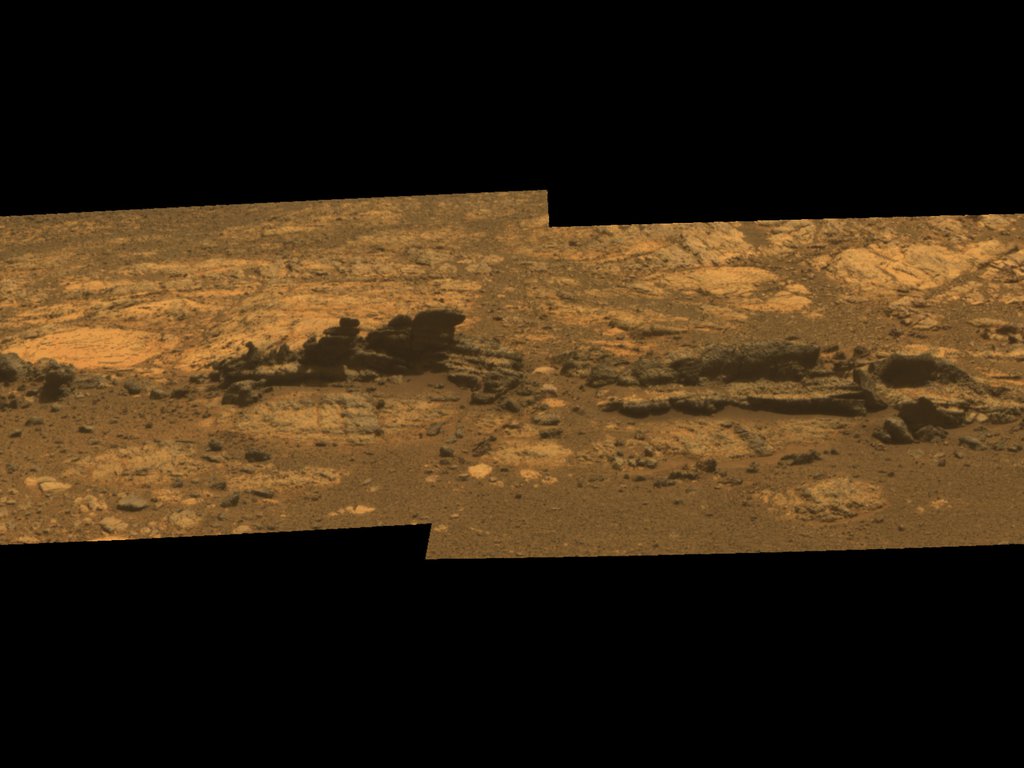 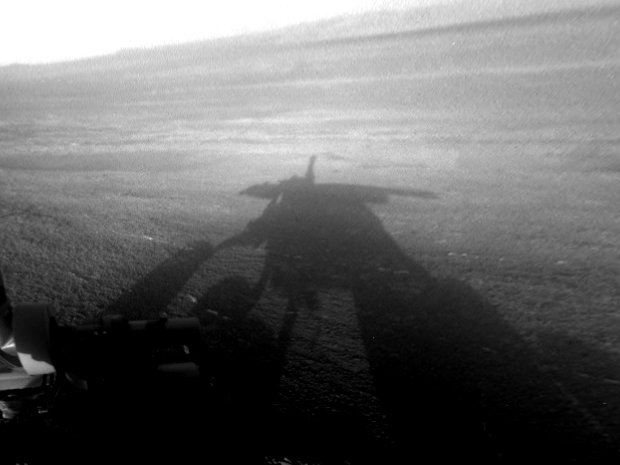 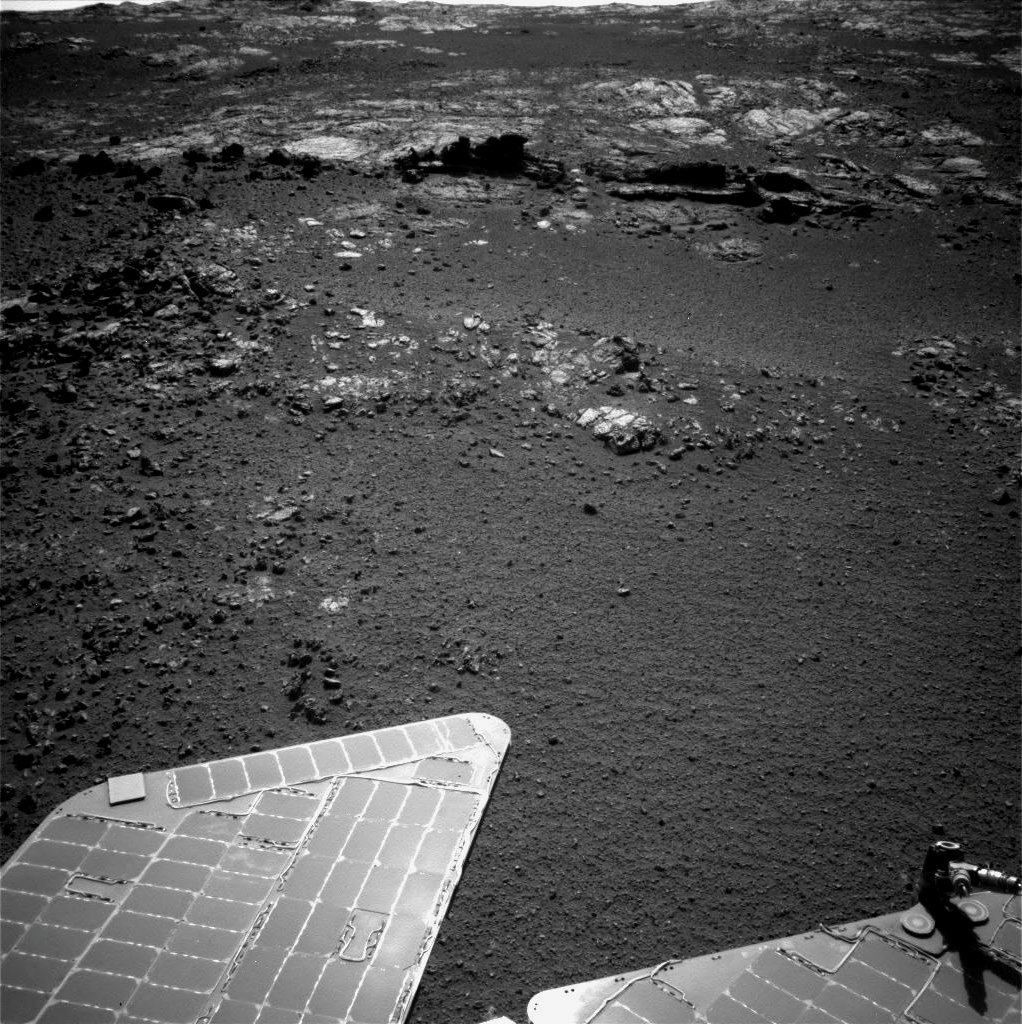 The team operating NASA's Mars Exploration Rover Opportunity plans to investigate rocks in this area photographed by the rover's navigation camera during the 3,057th Martian day, or sol, of Opportunity's work on Mars (Aug. 23, 2012).› Full image and caption
Credit: NASA/JPL-Caltech 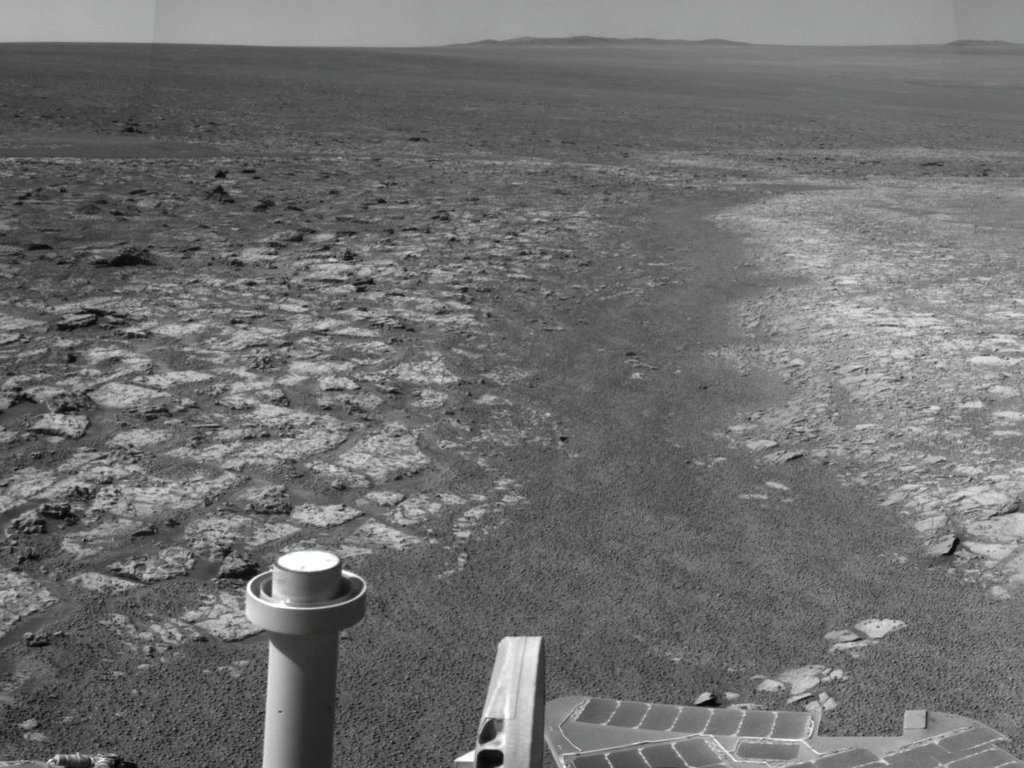 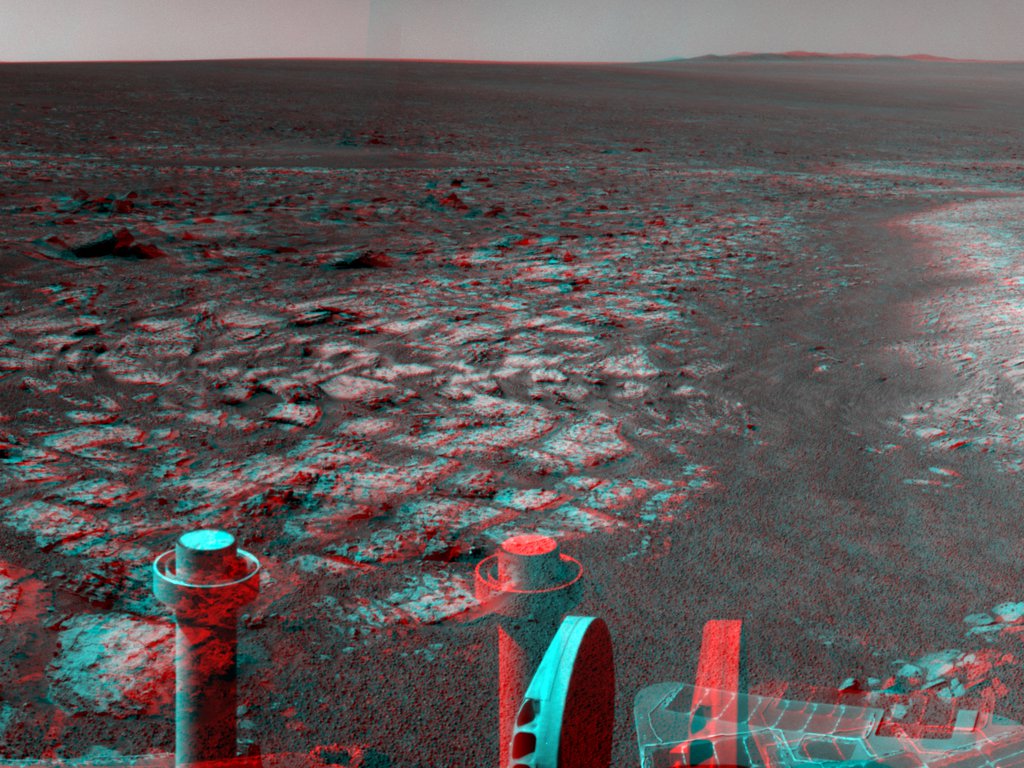 The mission team for NASA's long-lived Mars Exploration Rovers Spirit and Opportunity will be awarded the Haley Space Flight Award.

PASADENA, Calif. -- The mission team for NASA's long-lived Mars Exploration Rovers Spirit and Opportunity will be awarded the Haley Space Flight Award. The team will receive the award Sept. 12 during the American Institute of Aeronautics and Astronautics (AIAA) Space 2012 Conference and Exposition in Pasadena, Calif.

The award is presented for outstanding contributions by an astronaut or flight test personnel to the advancement of the art, science or technology of astronautics. Past recipients include Alan B. Shepard, John Glenn, Thomas Stafford, Robert Crippen, Kathryn Sullivan and the crew of space shuttle mission STS-125, which flew in 2009 on the last shuttle mission to NASA's Hubble Space Telescope.

"On behalf of the many hundreds of scientists and engineers who designed, built and operate these rovers, it is a great honor to accept this most prestigious award," Callas said. "It is especially gratifying that this comes right as Opportunity is conducting one of the most significant campaigns in the eight-and-a-half years since landing. We still are going strong, with perhaps the most exciting exploration still ahead."

In its eighth year operating on Mars, Opportunity is surveying a crater-rim outcrop of layered rock in search of clay minerals that could provide new information about a formerly wet environment. Spirit worked for more than six years -- until 2010 -- 24 times longer than its original three-month prime mission.

In just the past two months, Opportunity has driven about a third of a mile (more than 525 meters), extending its total overland travel distance to 21.76 miles (35 kilometers). Recent drives along the inner edge of the Cape York segment of the western rim of Endeavour Crater have brought the rover close to a layered outcrop in an area where clay minerals have been detected from orbit. These minerals could offer evidence of ancient, wet conditions with less acidity than the ancient, wet environments recorded at sites Opportunity visited during its first seven years on Mars.

JPL, a division of the California Institute of Technology in Pasadena, manages the Mars Exploration Rover Project for NASA's Science Mission Directorate in Washington.