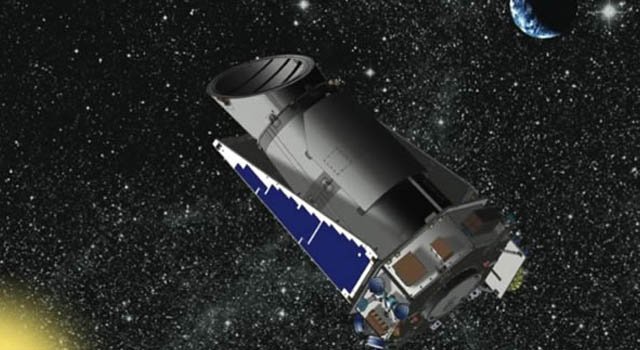 Here's your chance to have your name on board the spacecraft that could discover the first known Earth-like planet beyond our solar system.

PASADENA, Calif. - How cool would it be to have your name on board the spacecraft that discovers the first known Earth-like planet beyond our solar system? Well, here's your chance.

NASA today announced an opportunity for anyone to submit their name to be included on a DVD and rocketed into space as part of NASA's Kepler Mission, scheduled to launch in February 2009 from Cape Canaveral Air Force Station, Fla.

"It's a way for the public to participate in our space program," explained David Koch, deputy principal investigator for the Kepler Mission. According to Koch, there's no limit to the number of names that can be submitted for inclusion on the DVD.

Anyone who wants to participate in the Name in Space project should submit their name, the state or country they live in and, if they desire, a short statement (500 words or less) answering the question: "Why do you think the Kepler Mission is important?" The deadline for submissions to the Kepler Mission Web site is Nov. 1, 2008.

Certificates of Participation will be available for printing from the Kepler mission Web site. The certificate states that the person whose name has been submitted has been included on the list of names launched in 2009 with the Kepler spacecraft into orbit around the sun. There is no charge for participating in the project or for printing the certificate.

Name in Space is an international activity associated with the International Year of Astronomy 2009 in recognition of the 400th anniversary of Johannes Kepler's publication of his first two laws of planetary motion.

To submit names and learn more about the Kepler Mission, visit http://kepler.nasa.gov/ .