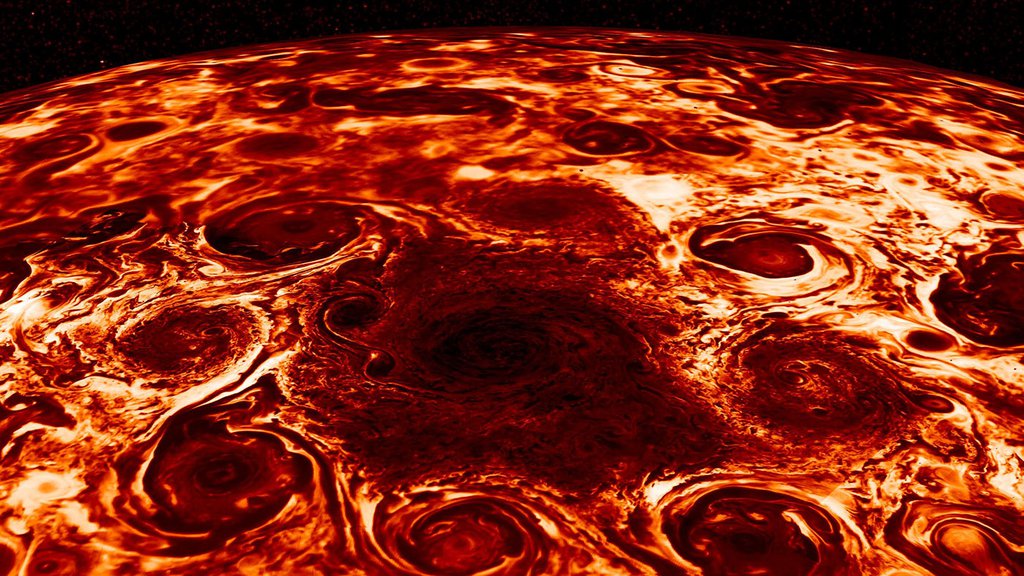 This composite image, derived from data collected by the Jovian Infrared Auroral Mapper (JIRAM) instrument aboard NASA's Juno mission to Jupiter, shows the central cyclone at the planet's north pole and the eight cyclones that encircle it.› Full image and caption
Credit: NASA/JPL-Caltech/SwRI/ASI/INAF/JIRAM 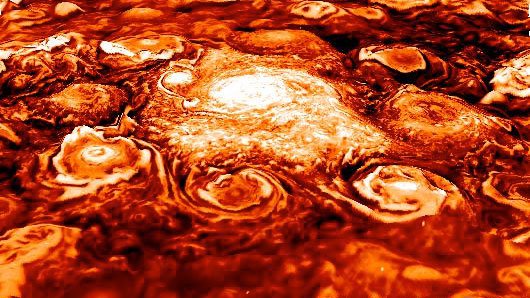 This computer-generated image is based on an infrared image of Jupiter's north polar region that was acquired on February 2, 2017, by the Jovian Infrared Auroral Mapper (JIRAM) instrument aboard Juno during the spacecraft's fourth pass over Jupiter.› Full image and caption
Credit: NASA/JPL-Caltech/SwRI/ASI/INAF/JIRAM 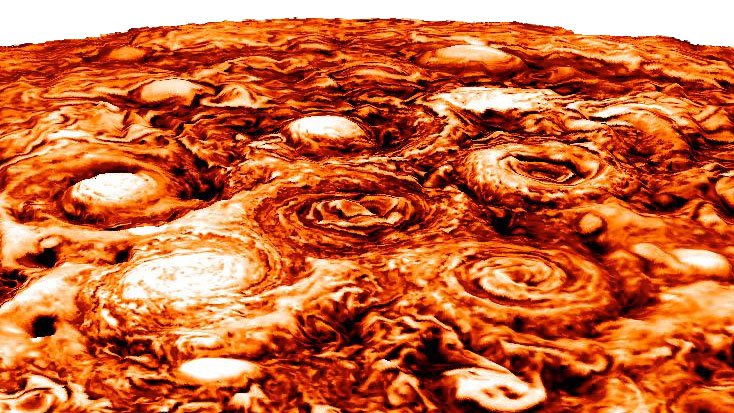 This computer-generated image shows the structure of the cyclonic pattern observed over Jupiter's south pole. Like in the North, Jupiter's south pole also contains a central cyclone, but it is surrounded by five cyclones with diameters ranging from 3,500 to 4,300 miles (5,600 to 7,000 kilometers) in diameter.› Full image and caption
Credit: NASA/JPL-Caltech/SwRI/ASI/INAF/JIRAM

Data collected by NASA's Juno mission indicate that the atmospheric winds of Jupiter run deep into its atmosphere and last longer than similar atmospheric processes on Earth.