This animation illustrates NASA's InSight lander touching down on Mars, its thrusters setting a rock in motion. A little bigger than a golf ball, the rock was later nicknamed "Rolling Stones Rock" by the InSight team in honor of The Rolling Stones.
Credit: NASA/JPL-Caltech 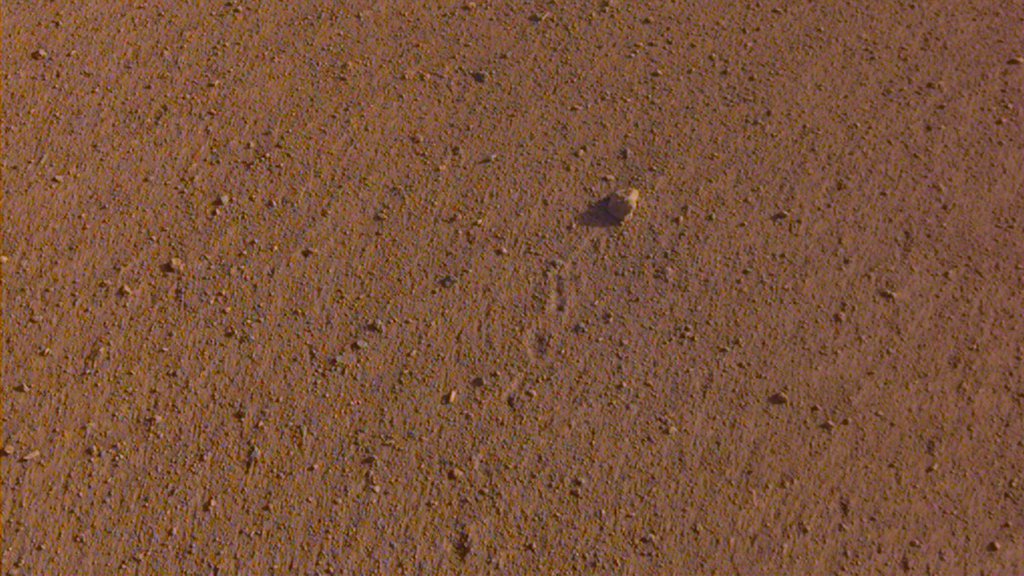 The rock in the center of this image was tossed about 3 feet (1 meter) by NASA's InSight spacecraft as it touched down on Mars on November 26, 2018. The rock, which is a little bigger than a golf ball, was later nicknamed "Rolling Stones Rock" in honor of The Rolling Stones.
Credit: NASA/JPL-Caltech 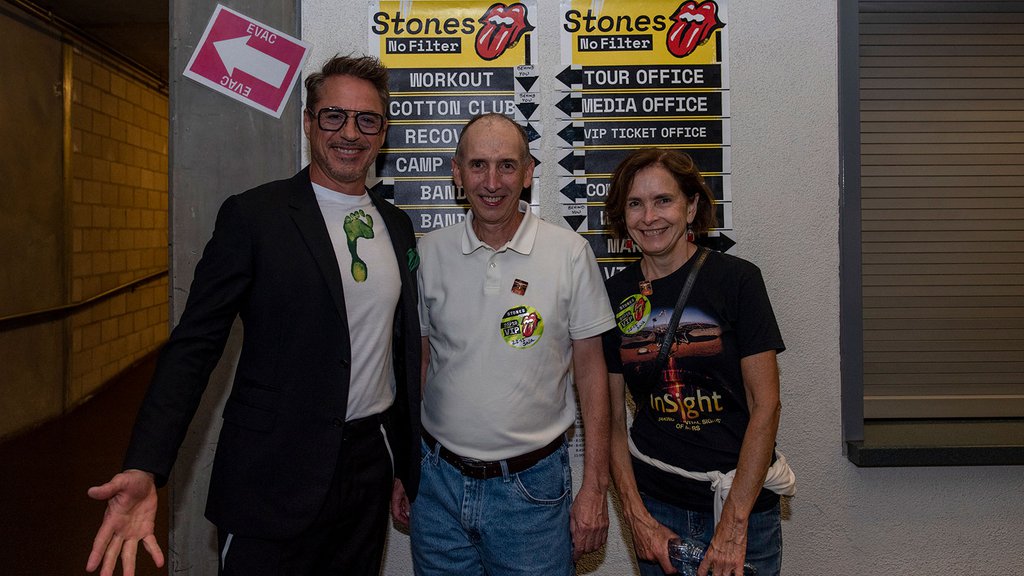 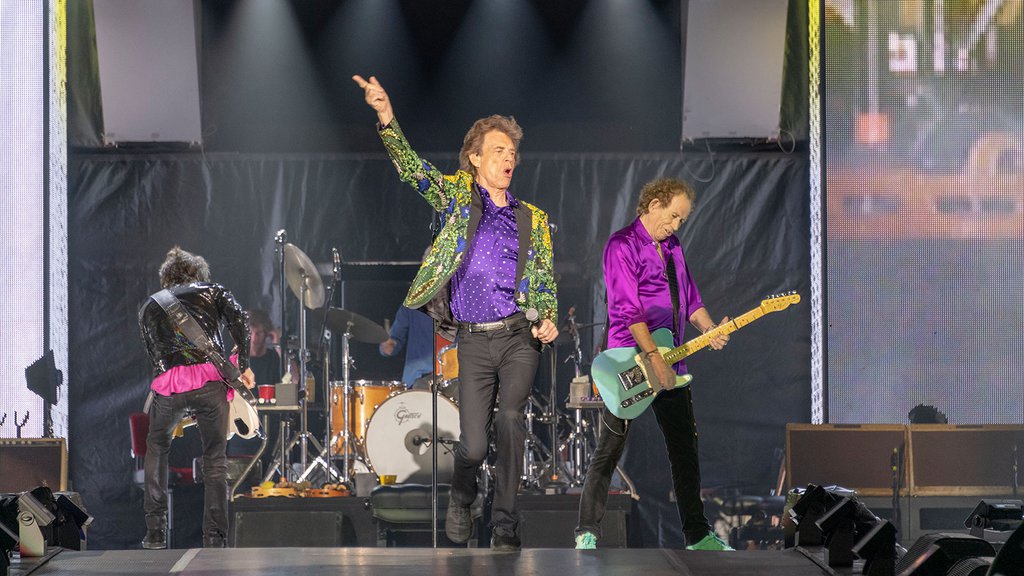 NASA's Mars InSight mission honored one of the biggest bands of all time at Pasadena concert.

More photos and videos as they become available: https://go.nasa.gov/MarsRocks

For decades, the music of The Rolling Stones has had a global reach here on Earth. Now, the band's influence extends all the way to Mars. The team behind NASA's InSight lander has named a Martian rock after the band: 'Rolling Stones Rock.'

The Rolling Stones - Mick Jagger, Keith Richards, Charlie Watts and Ronnie Wood - were delighted with the news and commented, "What a wonderful way to celebrate the 'Stones No Filter' tour arriving in Pasadena. This is definitely a milestone in our long and eventful history. A huge thank you to everyone at NASA for making it happen."

A little larger than a golf ball, the rock appeared to have rolled about 3 feet (1 meter) on Nov. 26, 2018, propelled by InSight's thrusters as the spacecraft touched down on Mars to study the Red Planet's deep interior. In images taken by InSight the next day, several divots in the orange-red soil can be seen trailing Rolling Stones Rock. It's the farthest NASA has seen a rock roll while landing a spacecraft on another planet.

The team behind NASA's InSight lander has informally named a rock on Mars "Rolling Stones Rock" after the band. .

"The name Rolling Stones Rock is a perfect fit," said Lori Glaze, director of NASA's Planetary Science Division in Washington. "Part of NASA's charter is to share our work with different audiences. When we found out the Stones would be in Pasadena, honoring them seemed like a fun way to reach fans all over the world."

Actor Robert Downey Jr. made the announcement Thursday, Aug. 22 at Pasadena's Rose Bowl Stadium before the iconic band took the stage. Backstage before making the announcement, Downey said, "Cross-pollinating science and a legendary rock band is always a good thing..."

Before The Rolling Stones took the stage at the Rose Bowl Stadium for a concert on Aug. 22, 2019, actor Robert Downey Jr. announced to the crowd that a rock on Mars had been named for the band by NASA's Mars InSight lander team. The Jet Propulsion Laboratory (JPL), a division of Caltech, manages InSight for NASA. JPL is located about three miles away from the Rose Bowl in Pasadena, California. Credit: Rolling Stones .

The InSight mission is led by NASA's Jet Propulsion Laboratory, just up the road from the Rose Bowl in Pasadena. Having helped NASA land all of its Mars missions since 1997, JPL geologist Matt Golombek is a rock star in his own right. He and fellow scientists count rocks and assess the safety of potential landing sites.

"I've seen a lot of Mars rocks over my career," Golombek said. "This one probably won't be in a lot of scientific papers, but it's definitely one of the coolest."

Official scientific names for places and objects throughout the solar system - including asteroids, comets and locations on planets - can be designated only by the International Astronomical Union. But scientists working with NASA's Mars rovers have given lots of unofficial nicknames to rocks and other geological features. Doing so makes it easier for them to discuss different objects and refer to them in science papers. So while the name Rolling Stones Rock is informal, it will appear on working maps of the Red Planet.

NASA will use its robotic missions to Mars to help prepare for eventual human exploration of the Red Planet. Charged with returning astronauts to the Moon, NASA's Artemis program is the next step in human exploration. It is a part of NASA's broader Moon to Mars exploration approach, which will quickly and sustainably explore the Moon and enable humanity's next giant leap to Mars.