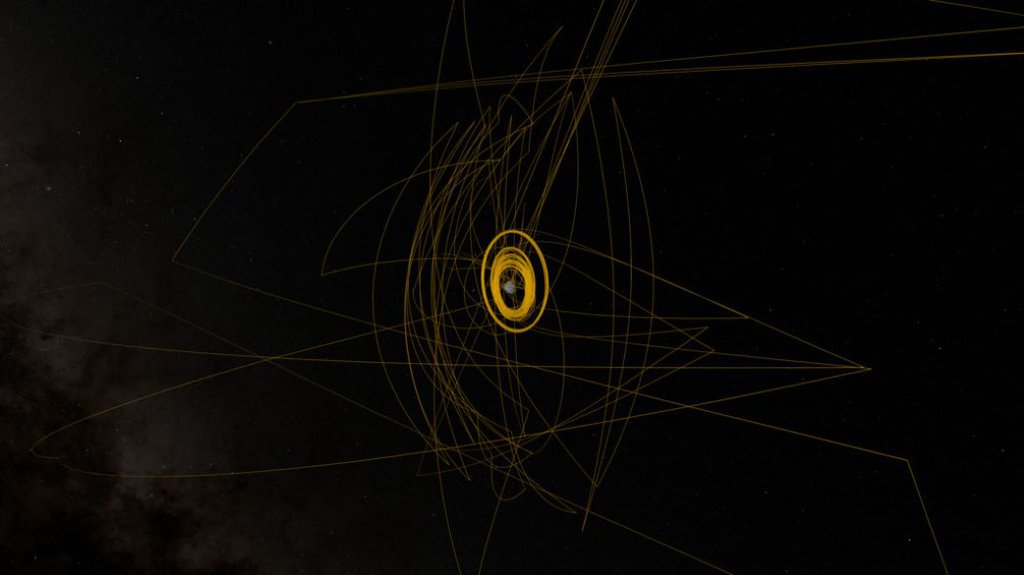 Still depicting the OSIRIS-REx spacecraft’s trajectory around asteroid Bennu from the initial arrival in Dec 2018 through the final departure in April 2021. The trajectory is presented in a Sun Bennu North reference frame.

The mission spent over two years with Bennu, gathering information about its size, shape, mass, and composition while monitoring its spin and orbital trajectory.

OSIRIS-REx spent over two years near the asteroid Bennu, which is a third of a mile (500 meters) wide. During that time, the spacecraft gathered information about Bennu’s size, shape, mass, and composition while monitoring its spin and orbital trajectory. Before leaving the near-Earth object May 10, 2021, the spacecraft scooped up a sample of rock and dust from the asteroid’s surface. OSIRIS-REx will return the sample to Earth Sept. 24, 2023, for further scientific study.

Audio of the teleconference will stream live online at:

Participants in the briefing will be:

For more information about the OSIRIS-REx mission to Bennu, visit: