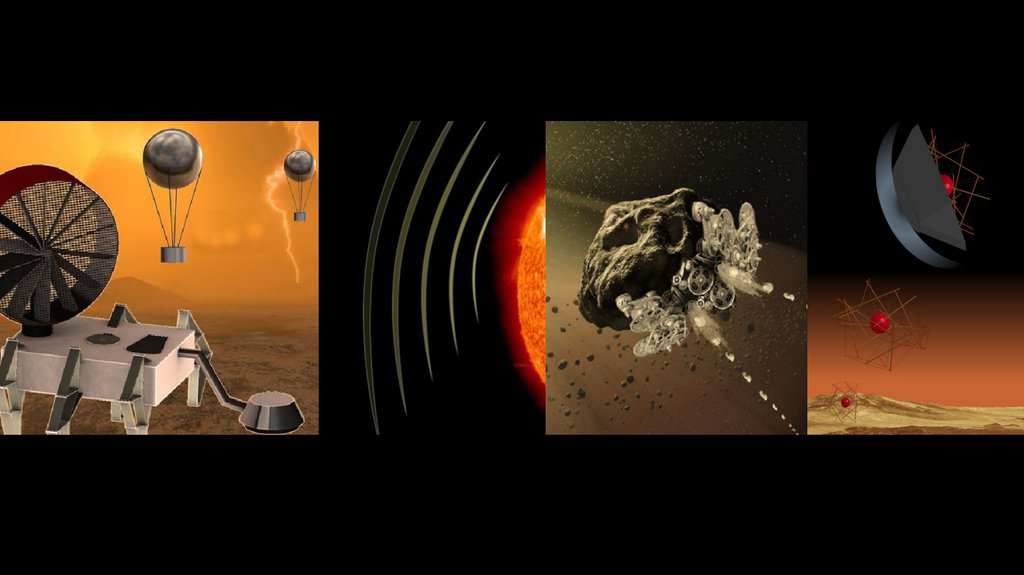 NASA has selected 13 proposals, including four from JPL, for a program that invests in transformative architectures through the development of pioneering technologies.

NASA has selected 13 proposals, including four from agency's Jet Propulsion Laboratory in Pasadena, California, through NASA Innovative Advanced Concepts (NIAC), a program that invests in transformative architectures through the development of pioneering technologies.

Among the selected are: a concept for reprogramming microorganisms that could use the Martian environment to recycle and print electronics; a two-dimensional spacecraft with ultra-thin subsystems that may wrap around space debris to enable de-orbiting; and a method of computational imaging that leverages extrasolar intensity fluctuations to detect "echoes" from planets and other structures orbiting a distant star.

NIAC Phase I awards are valued at approximately $100,000 for nine months, to support initial definition and analysis of their concepts. If these basic feasibility studies are successful, awardees can apply for Phase II awards, valued up to $500,000 for two additional years of concept development.

"The latest NIAC selections include a number of concepts for planetary and robotic exploration," said Steve Jurczyk, NASA's associate administrator for the Space Technology Mission Directorate in Washington. "NASA continues to value early stage concept studies for our future missions."

The 2016 portfolio of Phase I concepts cover a wide range of innovations selected for their potential to revolutionize future aerospace missions. Such breakthroughs hold the promise of accelerating NASA's progress toward its goals of exploration beyond low-Earth orbit, missions to an asteroid and Mars, and other priority areas in all of NASA's mission directorates. NIAC partners with forward-thinking scientists, engineers and citizen inventors from across the nation to help maintain America's leadership in air and space.

The 2016 Phase I concepts connected with JPL are:

The other Phase I concepts are:

"The 2016 NIAC Phase I competition was fierce, as usual. All of the final candidates were outstanding, and limiting the choice to what fit in our budget was difficult," said Jason Derleth, NIAC program executive. "We hope each new study will push boundaries and explore new approaches -- that's what makes NIAC unique."

NIAC is funded by NASA's Space Technology Mission Directorate, which innovates, develops, tests and flies hardware for use in NASA's future missions. For more information and a complete list of the selected proposals, and additional information about NIAC, visit: