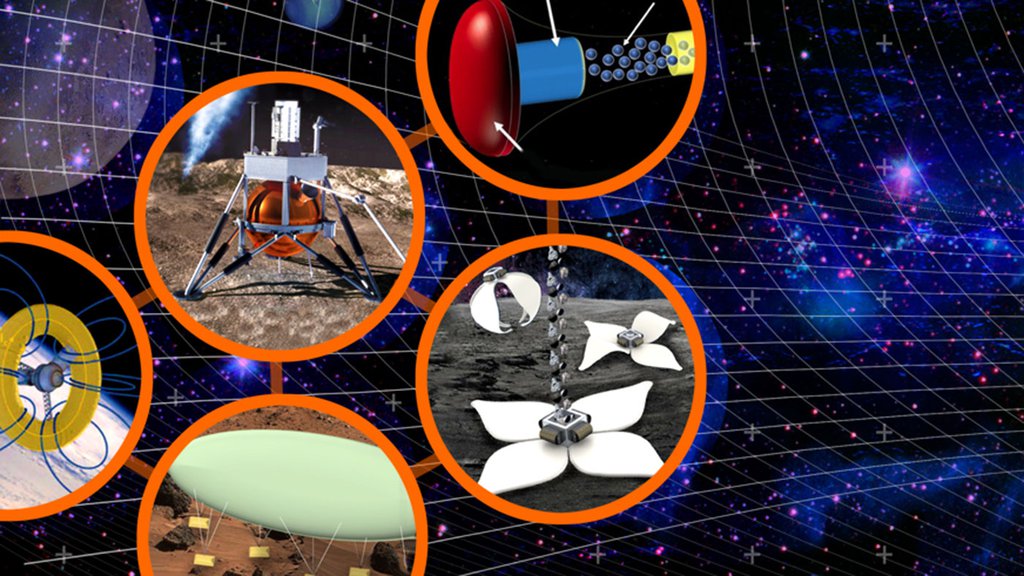 NASA is investing in technology concepts, including several from JPL, that may one day be used for future space exploration missions.

NASA is investing in technology concepts that include meteoroid impact detection, space telescope swarms and small orbital debris mapping technologies that may one day be used for future space exploration missions. Five of the concepts are from NASA's Jet Propulsion Laboratory, Pasadena, California.

The agency is investing in 25 early-stage technology proposals that have the potential to transform future human and robotic exploration missions, introduce new exploration capabilities, and significantly improve current approaches to building and operating aerospace systems.

The 2018 NASA Innovative Advanced Concepts (NIAC) Phase I concepts cover a wide range of innovations selected for their potential to revolutionize future space exploration. Phase I awards are valued at approximately $125,000, over nine months, to support initial definition and analysis of their concepts. If these basic feasibility studies are successful, awardees can apply for Phase II awards.

"The NIAC program gives NASA the opportunity to explore visionary ideas that could transform future NASA missions by creating radically better or entirely new concepts while engaging America's innovators and entrepreneurs as partners in the journey," said Jim Reuter, acting associate administrator of NASA's Space Technology Mission Directorate. "The concepts can then be evaluated for potential inclusion into our early stage technology portfolio."

The selected 2018 Phase I proposals are:

Shapeshifters from Science Fiction to Science Fact: Globetrotting from Titan's Rugged Cliffs to its Deep Seafloors

Astrophysics and Technical Study of a Solar Neutrino Spacecraft

"The 2018 Phase I competition was especially fierce, with over 230 proposals and only 25 winners," said Jason Derleth, NIAC program executive. "I can't wait to see what the new NIAC Fellows can do for NASA!"

Awards under Phase II of the NIAC program can be worth as much as $500,000 for two-year studies, and allow proposers to further develop Phase I concepts that successfully demonstrated initial feasibility and benefit.

The selected 2018 Phase II proposals are:

"Phase II studies are given to the most successful Phase I fellows, whose ideas have the best possibility of changing the possible," said Derleth. "Their two-year timeframe and larger budget allow them to really get going on the business of creating the future."

NIAC partners with forward-thinking scientists, engineers and citizen inventors from across the nation to help maintain America's leadership in air and space. NIAC is funded by NASA's Space Technology Mission Directorate, which is responsible for developing the cross-cutting, pioneering new technologies and capabilities needed by the agency to achieve its current and future missions.

For more information about NIAC, and a complete list of the selected proposals, visit: