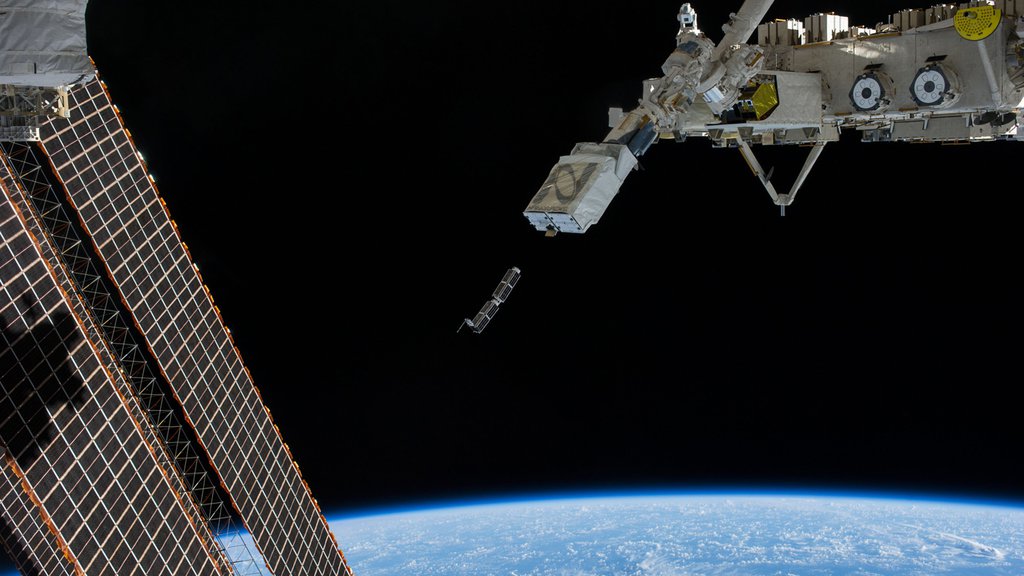 NASA has selected two new concepts from JPL for future mission ideas, including a small satellite that could fly to the outer edges of the solar system. In this photo, a set of Earth-observing CubeSats launch from the International Space Station in 2014.
Credit: NASA 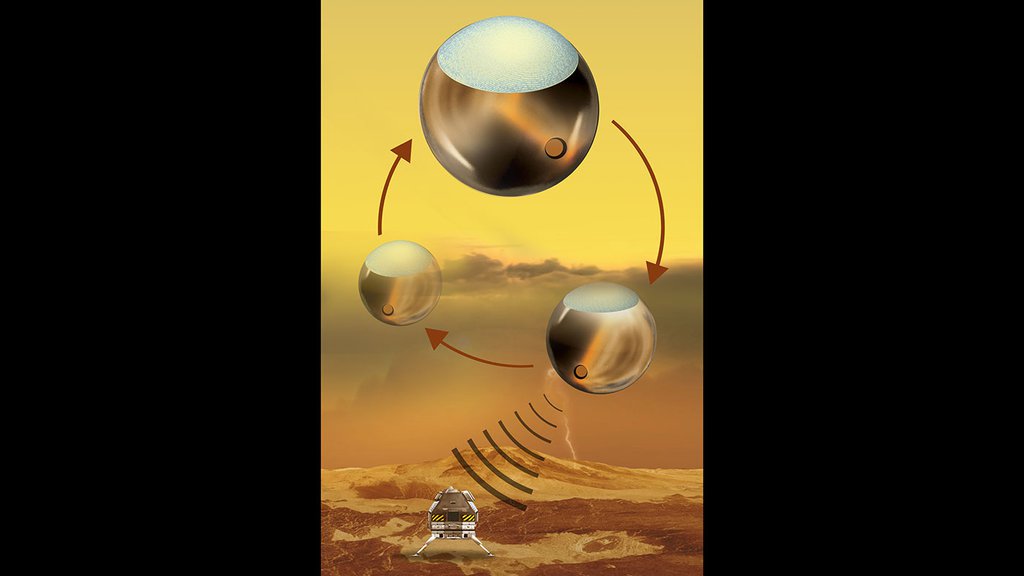 A Venus lander charged by a floating power station is one of the JPL concepts chosen by NASA.
Credit: NASA/JPL-Caltech

New technology that could support missions to the surface of Venus is one of many concepts chosen for the NASA Innovative Advanced Concepts program.

Smart spacesuits and solar surfing may sound like the stuff of science fiction, but they are just two of the technology concepts NASA has selected for further research as part of the NASA Innovative Advanced Concepts (NIAC) program. The program will fund 18 studies to determine the feasibility of early-stage technologies that could go on to change what's possible in space.

The funded technologies have the potential to transform human and robotic exploration of other worlds, including the Moon and Mars. One researcher, for example, will study an affordable way to mine the ample ice at the Moon's polar regions. NASA aims to send astronauts to land on the Moon's South Pole in five years.

Two studies were chosen from NASA's Jet Propulsion Laboratory in Pasadena, California, including a Venus lander charged by a floating power generator, and a fleet of small satellites that could explore the edges of the solar system and beyond.

The latest NIAC selections include Phase I and Phase II awards. The selected Phase I studies cover a wide range of innovations. Each Phase I award is valued at approximately $125,000, helping researchers define and analyze their proposed concepts over nine months. If the initial feasibility studies are successful, awardees can apply for Phase II awards.

The new Phase I selections are:

Low-Cost SmallSats to Explore to Our Solar System's Boundaries: A design for a low-cost, small satellite heliophysics mission to the outer solar system
Robert Staehle, JPL

Phase II studies allow researchers to further develop concepts, refine designs and start considering how the new technology would be implemented. This year's Phase II selections address a range of cutting-edge concepts from flexible telescopes to new heat-withstanding materials. Awards under Phase II can be worth as much as $500,000 for two-year studies.

The High Étendue Multiple Object Spectrographic Telescope (THE MOST): A new, flexible optical telescope design that can be a deployed in a cylindrical roll and installed upon delivery, on a 3D printed structure
Tom Ditto, 3DeWitt LLC, Ancramdale, New York

NASA selected Phase I and II proposals through a peer-review process that evaluates innovativeness and technical viability. All projects are still in the early stages of development, most requiring a decade or more of concept maturation and technology development.

For the first time this summer, the NIAC program will select one Phase III research study. The award will be up to $2 million for as long as two years. This final phase is designed to strategically transition a NIAC concept with the highest potential impact to NASA, other government agencies or commercial companies.

"NIAC is about going to the edge of science fiction, but not over," said Jason Derleth, NIAC program executive. "We are supporting high impact technology concepts that could change how we explore within the solar system and beyond."

NIAC partners with forward-thinking scientists, engineers and citizen inventors from across the nation to help maintain America's leadership in aeronautics and space research. NIAC is funded by NASA's Space Technology Mission Directorate, which is responsible for developing the cross-cutting, pioneering new technologies and capabilities needed by the agency to achieve its current and future missions.