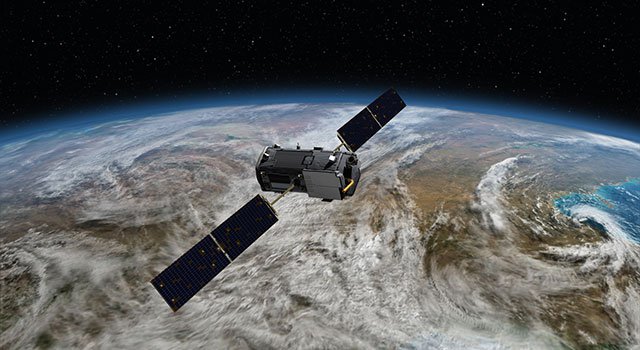 NASA's global view of plant life in the ocean and on land plays a critical role in understanding carbon from both natural and human-caused sources as it moves within and among the atmosphere, the ocean and land as our living planet breathes. Credits: NASA 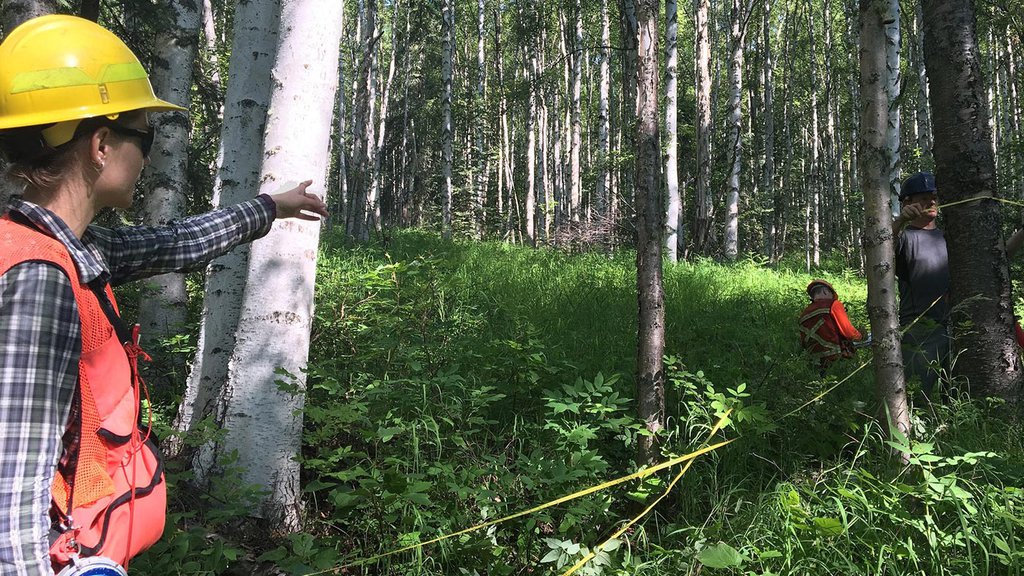 A multi-year NASA field campaign in Alaska and northwest Canada is investigating how changes in Arctic ecosystems such as boreal forests in a warming climate result in changes to the balance of carbon moving between the atmosphere and land.

How will Earth react to increasing carbon dioxide in the atmosphere? NASA is a trailblazer in using satellite and airborne sensors to study carbon around our planet.

It's a scientific conundrum with huge implications for our future: How will our planet react to the increasing levels of carbon dioxide in the atmosphere?

That seemingly simple question is particularly tricky because carbon -- an essential building block for life on Earth -- does not stay in one place or take only one form. Carbon in its many forms, both from natural and human-caused sources, moves within and among the atmosphere, the ocean and land as our living planet breathes. To track and inventory carbon and unravel the many intricate processes that cause it to morph across the planet is an epic challenge.

And that's where NASA comes in.

The agency is a trailblazer in using space-based and airborne sensors to observe and quantify carbon in the atmosphere and throughout the land and ocean, working with many U.S. and international partners.

For more than two decades, NASA has used the vantage point of space to tackle the carbon puzzle one piece at a time. The agency has invested hundreds of millions of dollars in the tools needed to get the job done, from building and launching spacecraft and developing new instruments and integrated datasets to funding basic research, field work and computer modeling. And that investment continues today.

NASA's newest carbon-observing mission in orbit, launched in 2014, is the JPL-built Orbiting Carbon Observatory-2 (OCO-2), which is making unprecedented, accurate global measurements of carbon dioxide levels in the atmosphere and providing unique information on the natural processes controlling carbon exchange between land and air and between the atmosphere and ocean. OCO-2 data have allowed scientists to study in detail how shifts in rainfall alter the amount of carbon stored or released by vegetation and how changes in ocean temperature affect ocean water's ability to absorb carbon dioxide.

NASA supports a variety of carbon-related research programs totaling about $100 million a year that delve into the physical and biological processes controlling the ways our planet's changing environment influences -- and is influenced by -- life on Earth.

NASA-funded research in terrestrial ecology, for example, studies how changes in ecosystem structure and function influence the regional and global carbon cycles. NASA is funding a multi-year field campaign in Alaska and northwest Canada called ABoVE (the Arctic-Boreal Vulnerability Experiment) that is investigating how changes in Arctic permafrost and ecosystems in a warming climate result in changes to the balance of carbon moving between the atmosphere and land. Several JPL scientists are part of the ABoVE team.

Research efforts underway in ocean biology and biogeochemistry focus on understanding and predicting the biological, ecological and biogeochemical changes in the upper ocean. Since ocean ecosystems play a major role in Earth's carbon cycle, it's essential to better understand and quantify the mechanisms of carbon flow and their interaction with local ecosystems.

This August, NASA embarks on an oceanographic expedition to the northeast Pacific called EXPORTS (the Export Processes in the Ocean from Remote Sensing study) that will help scientists develop the capability to better predict how carbon in the ocean moves, which could change as Earth's climate changes. The National Science Foundation is a co-sponsor of the expedition.

Just as basic research into Earth's carbon cycle continues to be a robust activity at NASA, so is the development of new space-based tools for carbon monitoring. Several are now nearing launch and in development.

The JPL-managed ECOSTRESS (the ECOsystem Spaceborne Thermal Radiometer Experiment on Space Station), slated to launch this summer to the International Space Station, will make the first-ever measurements of plant water use and vegetation stress on land. These data are expected to provide key insights into how plants link Earth's global carbon cycle with its water cycle.

Later this year ECOSTRESS will be joined on the space station by GEDI, the Global Ecosystem Dynamics Investigation. GEDI will use a spaceborne laser to precisely measure the height of the vegetation canopy in forested regions of the world to help estimate how much carbon is locked up in forests and how that quantity changes over time.

In early 2019, JPL's OCO-3 instrument is scheduled to launch to the space station to complement OCO-2 observations and allow scientists to probe the daily cycle of carbon dioxide exchange processes over much of Earth.

And still in the early stages of development is the Geostationary Carbon Cycle Observatory (GeoCarb) mission, planned to launch in the early 2020s. GeoCarb, which includes JPL participation, will pioneer the quantification and monitoring of the carbon stocks of North, Central and South America from geostationary orbit. The NASA instrument, to be launched on a commercial communications satellite, will collect 10 million observations a day of carbon dioxide, methane and carbon monoxide.

NASA's full-court press on carbon cycle science and the development of new carbon-monitoring tools is expected to remain a top priority for years to come.