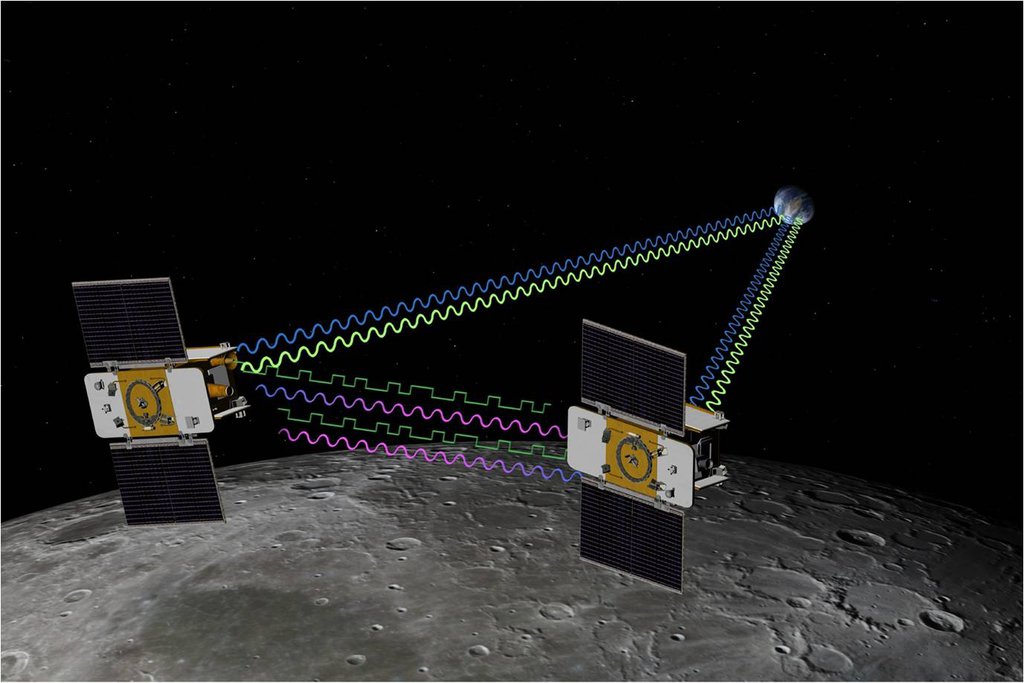 Artist concept of GRAIL mission. Grail will fly twin spacecraft in tandem orbits around the moon to measure its gravity field in unprecedented detail.
Credit: NASA/JPL

NASA hosts a media teleconference at 10:30 a.m. PST (1:30 p.m. EST) Thurs., Dec. 13, to provide an overview of events leading up to twin spacecraft to impact the moon's surface.

NASA's Gravity Recovery and Interior Laboratory (GRAIL) mission, whose two washing machine-sized probes were named Ebb and Flow by elementary school students in Bozeman, Mont., via a nationwide contest, have successfully completed their prime missions and have only days to go on their extended mission science collection. As planned, the duo is running low on fuel. They have been orbiting the moon since New Year's Eve and New Year's Day, respectively, giving scientists unprecedented detail about the moon's internal structure and composition.

Audio and visuals of the event will be streamed live online at:
http://www.nasa.gov/newsaudio and http://www.ustream.tv/nasajpl2 .

For more information about the mission, visit: http://www.nasa.gov/grail