NASA Helps Decipher How Some Distant Planets Have Clouds of Sand 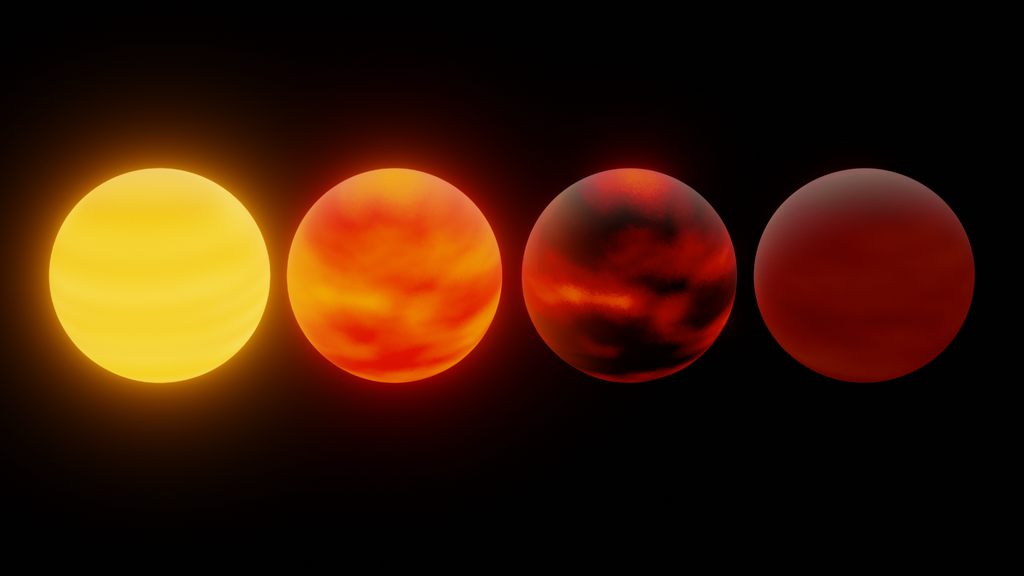 Brown dwarfs – celestial objects that fall between stars and planets – are shown in this illustration with a range of temperatures, from hottest (left) to coldest (right). The two in the middle represent those in the right temperature range for clouds made of silicates to form.

Most clouds on Earth are made of water, but beyond our planet they come in many chemical varieties. The top of Jupiter’s atmosphere, for example, is blanketed in yellow-hued clouds made of ammonia and ammonium hydrosulfide. And on worlds outside our solar system, there are clouds composed of silicates, the family of rock-forming minerals that make up over 90% of Earth’s crust. But researchers haven’t been able to observe the conditions under which these clouds of small dust grains form.

A new study appearing in the Monthly Notices of the Royal Astronomical Society provides some insight: The research reveals the temperature range at which silicate clouds can form and are visible at the top of a distant planet’s atmosphere. The finding was derived from observations by NASA’s retired Spitzer Space Telescope of brown dwarfs – celestial bodies that fall in between planets and stars – but it fits into a more general understanding of how planetary atmospheres work.

“Understanding the atmospheres of brown dwarfs and planets where silicate clouds can form can also help us understand what we would see in the atmosphere of a planet that’s closer in size and temperature to Earth,” said Stanimir Metchev, a professor of exoplanet studies at Western University in London, Ontario, and co-author of the study.

The steps to make any type of cloud are the same. First, heat the key ingredient until it becomes a vapor. Under the right conditions, that ingredient could be a variety of things, including water, ammonia, salt, or sulfur. Trap it, cool it just enough for it to condense, and voilà – clouds! Of course, rock vaporizes at a much higher temperature than water, so silicate clouds are visible only on hot worlds, such as the brown dwarfs used for this study and some planets outside our solar system.

Although they form like stars, brown dwarfs aren’t massive enough to kick-start fusion, the process that causes stars to shine. Many brown dwarfs have atmospheres almost indistinguishable from those of gas-dominated planets, such as Jupiter, so they can be used as a proxy for those planets.

Before this study, data from Spitzer already suggested the presence of silicate clouds in a handful of brown dwarf atmospheres. (NASA’s James Webb Space Telescope will be able to confirm these types of clouds on distant worlds.) This work was done during the first six years of the Spitzer mission (which launched in 2003), when the telescope was operating three cryogenically cooled instruments. In many cases, though, the evidence of silicate clouds on brown dwarfs observed by Spitzer was too weak to stand on its own.

For this latest research, astronomers gathered more than 100 of those marginal detections and grouped them by the temperature of the brown dwarf. All of them fell within the predicted temperature range for where silicate clouds should form: between about 1,900 degrees Fahrenheit (about 1,000 degrees Celsius) and 3,100 F (1,700 C). While the individual detections are marginal, together they reveal a definitive trait of silicate clouds. 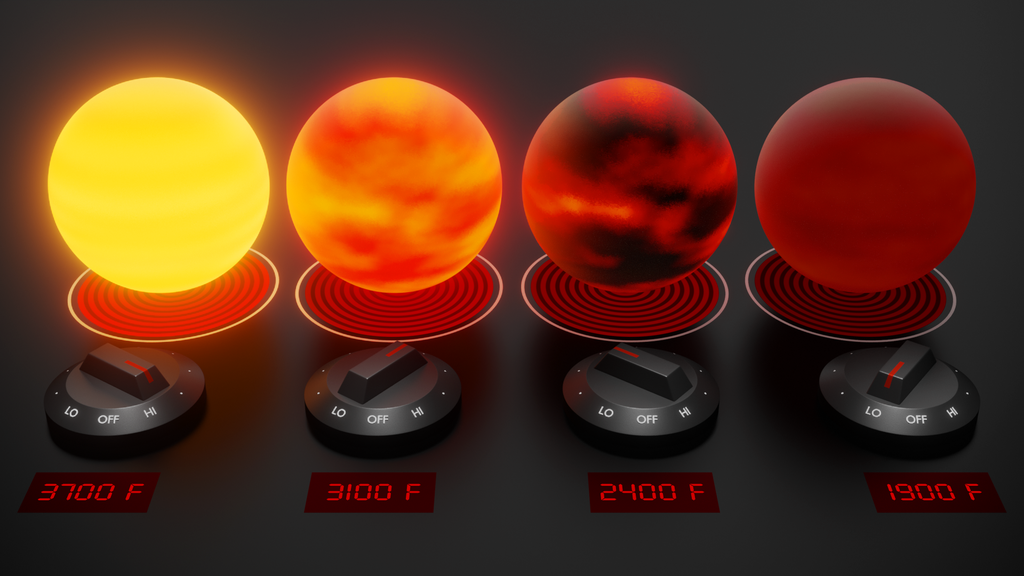 Silicate clouds may be visible in brown dwarf atmospheres, but only when the brown dwarf is cooler than about 3,100 degrees Fahrenheit (about 1,700 degrees Celsius) and warmer than 1,900 F (1,000 C). Too hot, and the clouds vaporize; too cold, and they turn into rain or sink lower in the atmosphere.

“We had to dig through the Spitzer data to find these brown dwarfs where there was some indication of silicate clouds, and we really didn’t know what we would find,” said Genaro Suárez, a postdoctoral researcher at Western University and lead author of the new study. “We were very surprised at how strong the conclusion was once we had the right data to analyze.”

In atmospheres hotter than the top end of the range identified in the study, silicates remain a vapor. Below the bottom end, the clouds will turn into rain or sink lower in the atmosphere, where the temperature is higher.

In fact, researchers think that silicate clouds exist deep in Jupiter’s atmosphere, where the temperature is much higher than it is at the top, owing to atmospheric pressure. The silicate clouds can’t rise higher, because at lower temperatures the silicates will solidify and won’t remain in cloud form. If the top of the atmosphere were thousands of degrees hotter, the planet’s ammonia and ammonium hydrosulfide clouds would vaporize and the silicate clouds could potentially rise to the top.

Scientists are finding an increasingly varied menagerie of planetary environments in our galaxy. For example, they have found planets with one side permanently facing their star and the other permanently in shadow – a planet where clouds of different compositions might be visible, depending on the side observed. To understand those worlds, astronomers will first need to understand the common mechanisms that shape them.

The entire body of scientific data collected by Spitzer during its lifetime is available to the public via the Spitzer data archive, housed at the Infrared Science Archive at IPAC at Caltech in Pasadena, California. NASA’s Jet Propulsion Laboratory, a division of Caltech, managed Spitzer mission operations for the agency’s Science Mission Directorate in Washington. Science operations were conducted at the Spitzer Science Center at IPAC at Caltech. Spacecraft operations were based at Lockheed Martin Space in Littleton, Colorado.