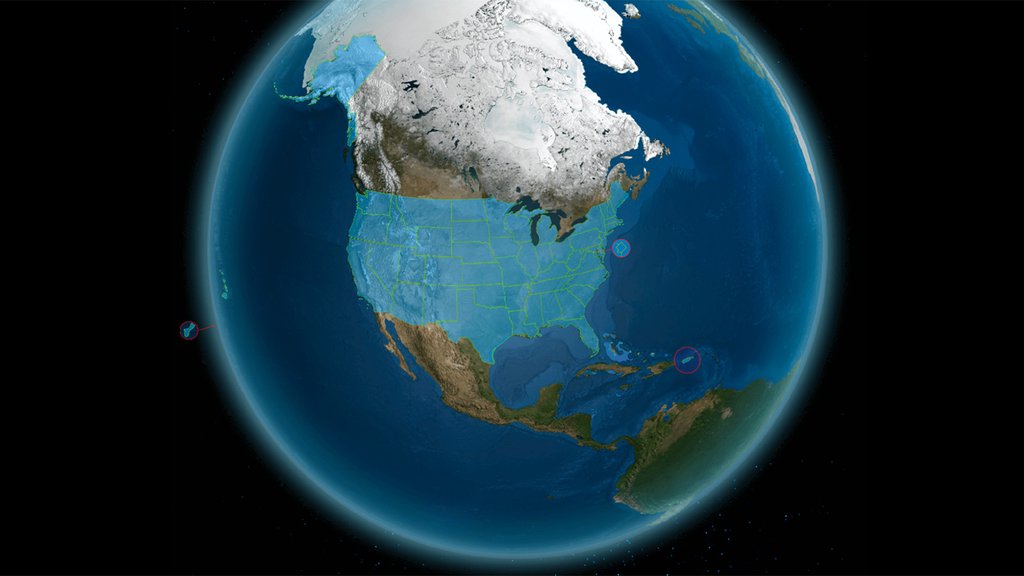 "NASA in the 50 States" is a new interactive feature that enables kids to discover all the many NASA centers throughout the U.S. and other NASA connections in their state.
Credit: NASA/JPL-Caltech

A new interactive website from NASA's Space Place shows children of all ages where they can find NASA in their home state.

NASA's award-winning website Space Place has created a new interactive map of the United States that lets you find NASA connections in your state and beyond. "NASA in the 50 States" was developed at NASA's Jet Propulsion Laboratory in Pasadena, California, for third- to sixth-grade students, but it's packed with fun facts for people of all ages.

"In honor of our nation's birthday, we would like to share 'NASA in the 50 States' as a fun and informative way of highlighting how we serve various communities," said Thomas Zurbuchen, associate administrator of NASA's Science Mission Directorate in Washington. "NASA touches the lives of people across the country every day, and we want to share how they play a part in America's exploration of space."

Explore the map to find these and other details:

"One of the things that we really want to do with Space Place is make space science relatable and accessible," said Space Place web producer Jessica Stoller-Conrad. "One way we can do that is by showing kids how their home state or their hometown is contributing to space exploration."

The people and places in "NASA in the 50 States" aren't the only ways NASA is connecting with communities throughout the U.S. For in-person inspiration, you can participate in one of the events organized by the Night Sky Network, a nationwide coalition of amateur astronomy clubs. The network is a partnership between JPL, the Astronomical Society of the Pacific and other organizations to bring amazing aspects of astronomy to the public.

Space Place was launched in 1998, and its mission is to inspire and enrich upper-elementary-school-age kids' learning of space and Earth science through games, hands-on activities, informative articles and engaging short videos. It provides resources in both English and Spanish for students, parents and teachers. The site is produced for NASA's Science Mission Directorate by the NASA Space Place team at JPL.