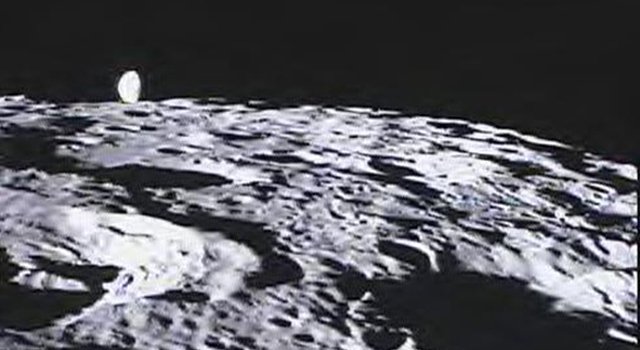 This image of the far side of the lunar surface, with Earth in the background, was taken by the MoonKAM system board the Ebb spacecraft as part of the first image set taken from lunar orbit from March 15 - 18, 2012. › Full image and caption 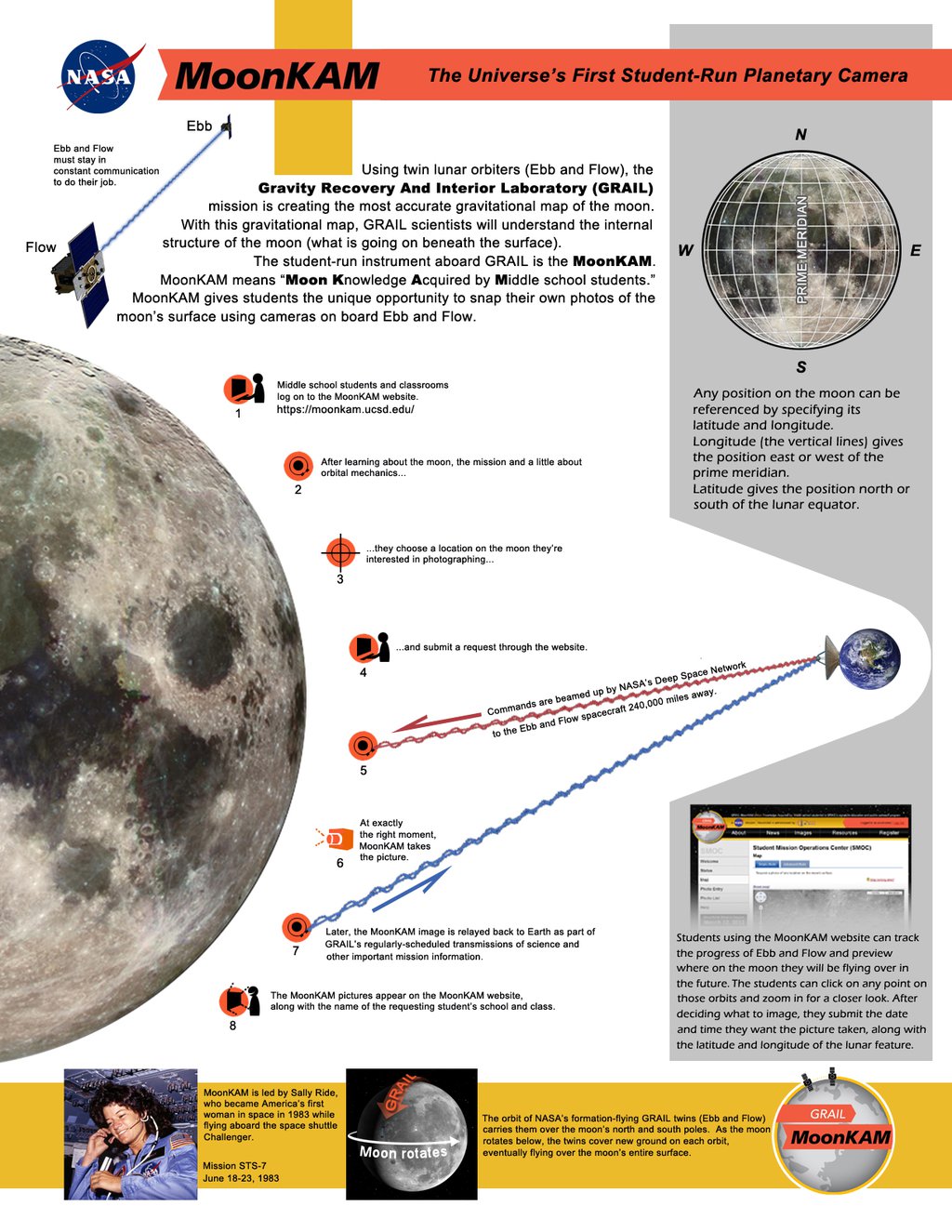 One of two NASA spacecraft orbiting the moon has beamed back the first student-requested pictures of the lunar surface from its onboard camera.

PASADENA, Calif. -- One of two NASA spacecraft orbiting the moon has beamed back the first student-requested pictures of the lunar surface from its onboard camera. Fourth grade students from the Emily Dickinson Elementary School in Bozeman, Mont., received the honor of making the first image selections by winning a nationwide competition to rename the two spacecraft.

The image was taken by the MoonKam, or Moon Knowledge Acquired by Middle school students. Previously named Gravity Recovery And Interior Laboratory (GRAIL) A and B, the twin spacecraft are now called Ebb and Flow. Both washing-machine-sized orbiters carry a small MoonKAM camera. Over 60 student-requested images were taken by the Ebb spacecraft from March 15-17 and downlinked to Earth March 20.

"MoonKAM is based on the premise that if your average picture is worth a thousand words, then a picture from lunar orbit may be worth a classroom full of engineering and science degrees," said Maria Zuber, GRAIL mission principal investigator from the Massachusetts Institute of Technology in Cambridge, Mass. "Through MoonKAM, we have an opportunity to reach out to the next generation of scientists and engineers. It is great to see things off to such a positive start."

GRAIL is NASA's first planetary mission to carry instruments fully dedicated to education and public outreach. Students will select target areas on the lunar surface and request images to study from the GRAIL MoonKAM Mission Operations Center in San Diego.

The MoonKAM program is led by Sally Ride, America's first woman in space, and her team at Sally Ride Science in collaboration with undergraduate students at the University of California in San Diego. More than 2,700 schools spanning 52 countries are using the MoonKAM cameras.

"What might seem like just a cool activity for these kids may very well have a profound impact on their futures," Ride said. "The students really are excited about MoonKAM, and that translates into an excitement about science and engineering."

Launched in September 2011, Ebb and Flow will answer longstanding questions about the moon and give scientists a better understanding of how Earth and other rocky planets in the solar system formed.