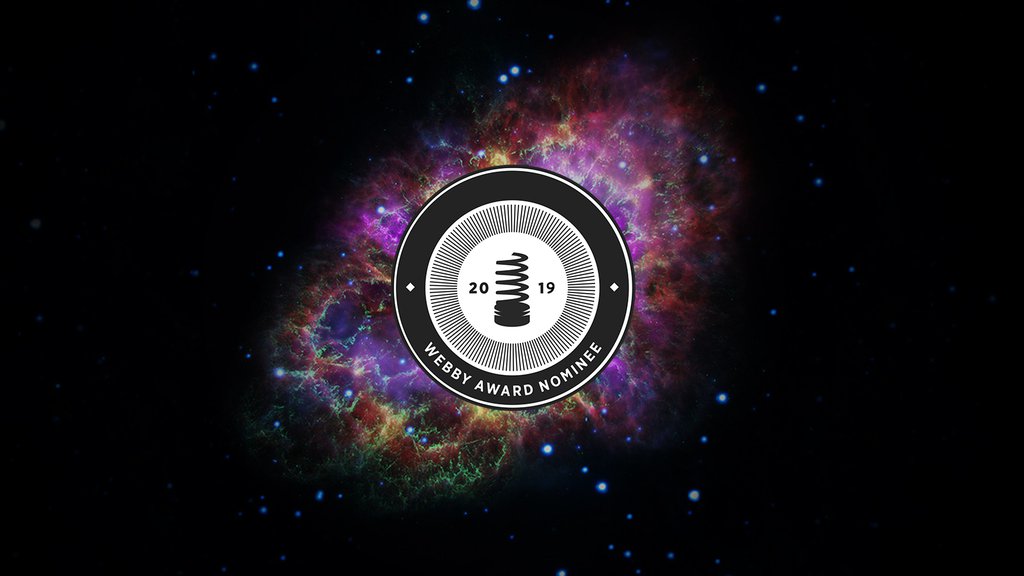 Want to talk about how to land spacecraft onto other planets? We're here for you. Looking for the latest news or in-depth stories about science, technology and exploration? We've got those, too.

And apparently, people have noticed. Seven of NASA's digital properties have been nominated for the 2019 Webby Awards, which recognize excellence in digital communications. Three others have been designated honorees in this year's awards.

"We're really excited to have all of these efforts recognized," said Bettina Inclán, NASA's associate administrator for communications. "They represent hundreds of people across NASA who are committed to bringing the excitement of exploration to everyone."

The social media efforts for NASA's InSight Mars lander, nominated in the Education & Discovery category, helped to make the hashtag #MarsLanding the No. 1 globally trending topic on Twitter on Nov. 26, 2018, the spacecraft's landing day. That day was also the Monday after Thanksgiving weekend in the United States, reputed to be the busiest online shopping day of the year. #MarsLanding trended higher than the hashtag #CyberMonday.

The combined excellence of all of NASA's flagship social media accounts led to nominations in the Corporate Communications and Best Overall Social Presence (Brand) categories. The agency reached 40 million followers on Instagram this year, with more than 30 million on Twitter and 21 million on Facebook.

Three NASA websites were nominated for Webbys: NASA.gov, the agency's flagship website, in the Government and Civil Innovation category; Solar System Exploration, for Science; and Global Climate Change, for Green. Now averaging nearly 8 million visits a month, NASA.gov has been the agency's primary website since the early 1990s. It has received 10 Webby Award nominations since 1998, winning the public People's Voice award 10 times and three juried Webbys. In 2018, Gizmodo named it one of the "100 Websites that Shaped the Internet as We Know It."

The Solar System Exploration site is NASA's real-time encyclopedia of deep-space exploration, with in-depth information on the variety of bodies found in our solar system and the missions that are exploring them. It has received three People's Voice awards and a Webby to date and receives about 750,000 visits a month.

The Global Climate Change site, established in 2009 and visited 1.2 million times monthly, has received two People's Voice awards and two Webbys, one each in the Science and Green categories. Since 2015, it has been the top Google search result for the query "climate change."

The video "The Call of Science," produced by NASA's Jet Propulsion Laboratory (JPL) was nominated in the 360 Video category. The video describes NASA research on glaciers and coral reefs, highlighting its importance in understanding changing environments.

JPL's social media efforts also received an "honoree" designation for Best Use of Earned Media. JPL's Open Source Rover is a Science Website honoree; and its podcast, "On a Mission" is a Science & Education Podcast honoree.

NASA has a long history of striving for digital distinction and has been honored by the Webby Awards over the years. Established in 1996 by the International Academy of Digital Arts and Sciences, the Webby Awards honor excellence on the internet, including websites, advertising and media, online film and video, mobile sites, apps and social media. The Webby in each category is awarded by a judging panel, but members of the public can register with the Webby Awards and vote for the People's Voice Award in each category. Members of the public can vote for their favorite sites and services in hundreds of categories until April 18; registration is required.

The InSight Mars lander social media, Solar Exploration Site and Global Climate Change site are managed for NASA by JPL, a division of Caltech in Pasadena, California. NASA's flagship social media accounts and NASA.gov are managed by the Office of Communications at NASA Headquarters, Washington.