NASA Explains Why June 30 Will Get Extra Second 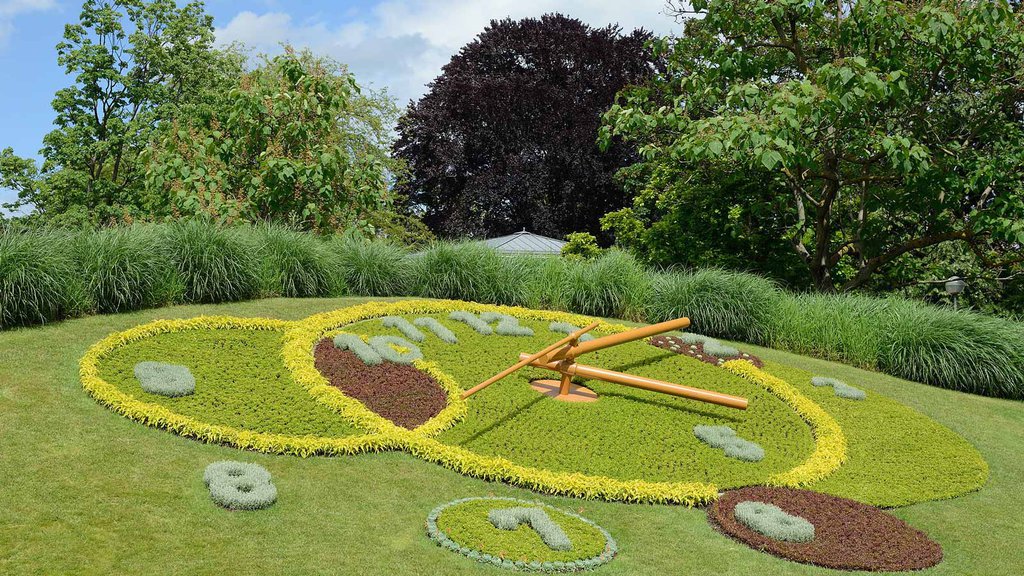 The day will officially be a bit longer than usual on Tuesday, June 30, 2015, because an extra second, or "leap" second, will be added.

The day will officially be a bit longer than usual on Tuesday, June 30, 2015, because an extra second, or "leap" second, will be added.

"Earth's rotation is gradually slowing down a bit, so leap seconds are a way to account for that," said Daniel MacMillan of NASA's Goddard Space Flight Center in Greenbelt, Maryland.

Strictly speaking, a day lasts 86,400 seconds. That is the case, according to the time standard that people use in their daily lives - Coordinated Universal Time, or UTC. UTC is "atomic time" - the duration of one second is based on extremely predictable electromagnetic transitions in atoms of cesium. These transitions are so reliable that the cesium clock is accurate to one second in 1,400,000 years.

However, the mean solar day - the average length of a day, based on how long it takes Earth to rotate - is about 86,400.002 seconds long. That's because Earth's rotation is gradually slowing down a bit, due to a kind of braking force caused by the gravitational tug of war between Earth, the moon and the sun. Scientists estimate that the mean solar day hasn't been 86,400 seconds long since the year 1820 or so.

The Deep Space Network, managed by NASA's Jet Propulsion Laboratory, Pasadena, California, has prepared for the addition of the leap second. The Network is NASA's international array of large radio antennas supporting all spacecraft missions outside of Earth's orbit and a few in our planet's orbit, too. The master clocks at the three sites -- at Canberra, Australia, Goldstone, California, and Madrid -- have been set to insert the leap second at the end of the day on June 30, so spacecraft sending and receiving information will be on track.

One timekeeper that won't be affected by the leap second is a technology demonstration in the works called the Deep Space Atomic Clock (DSAC). This mercury-ion atomic clock is about 50 times more accurate than the best navigational clocks ever made. Ultra-stable timekeeping is critical for how a spacecraft knows its position and maneuvers to its destination. DSAC's output is not dependent on Earthly measures of time -- so the leap second addition would not be relevant to it. It will happily keep on ticking without it.

The development of DSAC is progressing towards a space technology demonstration with a launch in 2016 to try out its capabilities. DSAC could ultimately make strides in spacecraft navigation, radio science and global positioning systems.

This difference of 2 milliseconds, or two thousandths of a second - far less than the blink of an eye - hardly seems noticeable at first. But if this small discrepancy were repeated every day for an entire year, it would add up to almost a second. In reality, that's not quite what happens. Although Earth's rotation is slowing down on average, the length of each individual day varies in an unpredictable way.

The length of day is influenced by many factors, mainly the atmosphere over periods less than a year. Our seasonal and daily weather variations can affect the length of day by a few milliseconds over a year. Other contributors to this variation include dynamics of the Earth's inner core (over long time periods), variations in the atmosphere and oceans, groundwater, and ice storage (over time periods of months to decades), and oceanic and atmospheric tides. Atmospheric variations due to El Niño can cause Earth's rotation to slow down, increasing the length of day by as much as 1 millisecond, or a thousandth of a second.

Scientists monitor how long it takes Earth to complete a full rotation using an extremely precise technique called Very Long Baseline Interferometry (VLBI). These measurements are conducted by a worldwide network of stations, with Goddard providing essential coordination of VLBI, as well as analyzing and archiving the data collected.

The time standard called Universal Time 1, or UT1, is based on VLBI measurements of Earth's rotation. UT1 isn't as uniform as the cesium clock, so UT1 and UTC tend to drift apart. Leap seconds are added, when needed, to keep the two time standards within 0.9 seconds of each other. The decision to add leap seconds is made by a unit within the International Earth Rotation and Reference Systems Service.

Previous leap seconds have created challenges for some computer systems and generated some calls to abandon them altogether. One reason is that the need to add a leap second cannot be anticipated far in advance.

"In the short term, leap seconds are not as predictable as everyone would like," said Chopo Ma, a geophysicist at Goddard and a member of the directing board of the International Earth Rotation and Reference Systems Service. "The modeling of the Earth predicts that more and more leap seconds will be called for in the long-term, but we can't say that one will be needed every year."

From 1972, when leap seconds were first implemented, through 1999, leap seconds were added at a rate averaging close to one per year. Since then, leap seconds have become less frequent. This June's leap second will be only the fourth to be added since 2000. (Before 1972, adjustments were made in a different way.)

Scientists don't know exactly why fewer leap seconds have been needed lately. Sometimes, sudden geological events, such as earthquakes and volcanic eruptions, can affect Earth's rotation in the short-term, but the big picture is more complex.

VLBI tracks these short- and long-term variations by using global networks of stations to observe astronomical objects called quasars. The quasars serve as reference points that are essentially motionless because they are located billions of light years from Earth. Because the observing stations are spread out across the globe, the signal from a quasar will take longer to reach some stations than others. Scientists can use the small differences in arrival time to determine detailed information about the exact positions of the observing stations, Earth's rotation rate, and our planet's orientation in space.

Current VLBI measurements are accurate to at least 3 microseconds, or 3 millionths of a second. A new system is being developed by NASA's Space Geodesy Project in coordination with international partners. Through advances in hardware, the participation of more stations, and a different distribution of stations around the globe, future VLBI UT1 measurements are expected to have a precision better than 0.5 microseconds, or 0.5 millionths of a second.

"The next-generation system is designed to meet the needs of the most demanding scientific applications now and in the near future," says Goddard's Stephen Merkowitz, the Space Geodesy Project manager.

NASA manages many activities of the International VLBI Service for Geodesy and Astrometry including day-to-day and long-term operations, coordination and performance of the global network of VLBI antennas, and coordination of data analysis. NASA also directly supports the operation of six global VLBI stations.

Proposals have been made to abolish the leap second. No decision about this is expected until late 2015 at the earliest, by the International Telecommunication Union, a specialized agency of the United Nations that addresses issues in information and communication technologies.