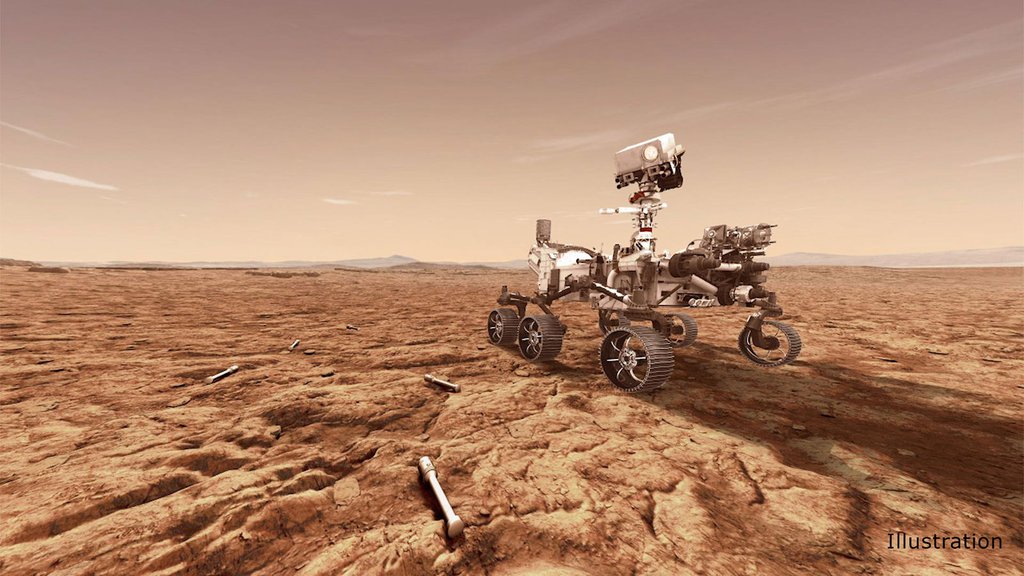 NASA's Mars 2020 Perseverance rover will store rock and soil samples in sealed tubes on the planet's surface for future missions to retrieve, as seen in this illustration. Credits: NASA/JPL-Caltech › Full image and caption

The board will assist with analysis of current plans and goals for one of the most difficult missions humanity has ever undertaken.

NASA has established a Mars Sample Return Program Independent Review Board to proactively assist with analysis of current plans and goals for one of the most difficult missions humanity has ever undertaken: the return of samples from another planet to study on Earth.

When the Perseverance rover launched to Mars on July 30, it carried with it a sophisticated sampling system with drill bits, a coring arm, and sample tubes that are the cleanest hardware ever sent to space. Perseverance will collect samples from several spots on Mars for return to Earth so scientists can determine if ancient microbial life was ever present on the Red Planet. The independent review board will help NASA review the technical concept developed during preliminary formulation to date for robustness and the ability to satisfy the mission's essential requirements. It will help ensure the agency is adopting lessons learned from its experience with previous large, strategic science missions.

"Mars Sample Return is a very high priority for the scientific community, based on the decadal survey and also of strategic importance for our Moon to Mars exploration program," said Thomas Zurbuchen, NASA's associate administrator for science at the agency's Headquarters in Washington. "It's a highly complex international mission which requires focus to achieve technical, programmatic and mission success, and we want to have all the expertise available to us at this early stage to maximize mission success."

NASA has successfully used independent reviews for early-stage strategic missions in the past to put these important science missions on the path to success. As a recent example, the 2017 independent review for the Roman Space Telescope (formerly WFIRST) helped the team make successful scope and cost trades ahead of confirmation.

This first leg in the round trip from Earth to Mars and back would take place over the course of multiple missions in partnership with ESA (European Space Agency) as well as industrial partners. The architecture for the mission in its earliest formulation involves Perseverance taking samples and leaving them on the surface of Mars for a "fetch" rover, which delivers them to an ascent vehicle that would take them to orbit, while an orbiter launched on another mission would rendezvous with the samples and take them in a highly secure containment capsule for landing back on Earth as early as 2031.

The returned samples could potentially provide astrobiological evidence needed to determine if life has ever existed on Mars. The mission itself also advances technologies for human exploration of the Red Planet, including the first launch from the surface of another planet. Strict protocols on forward and backward harmful contamination are being developed for the samples' return.

"NASA stands up these independent boards to help the agency learn from past experiences and uncover subtle issues in space systems that may not have yet received sufficient attention," said David Thompson, retired president of Orbital ATK, who will chair the new board. "This review will give us the chance to focus on overall mission success and to consider potential improvements that can be made early in the program to help ensure that outcome."

Experts from various fields, including planetary protection, and NASA's partner in the mission, ESA, will be consulted as the review process moves forward. The board is expected to meet for around eight weeks beginning in late August and to deliver a final report in the weeks after its review is complete.