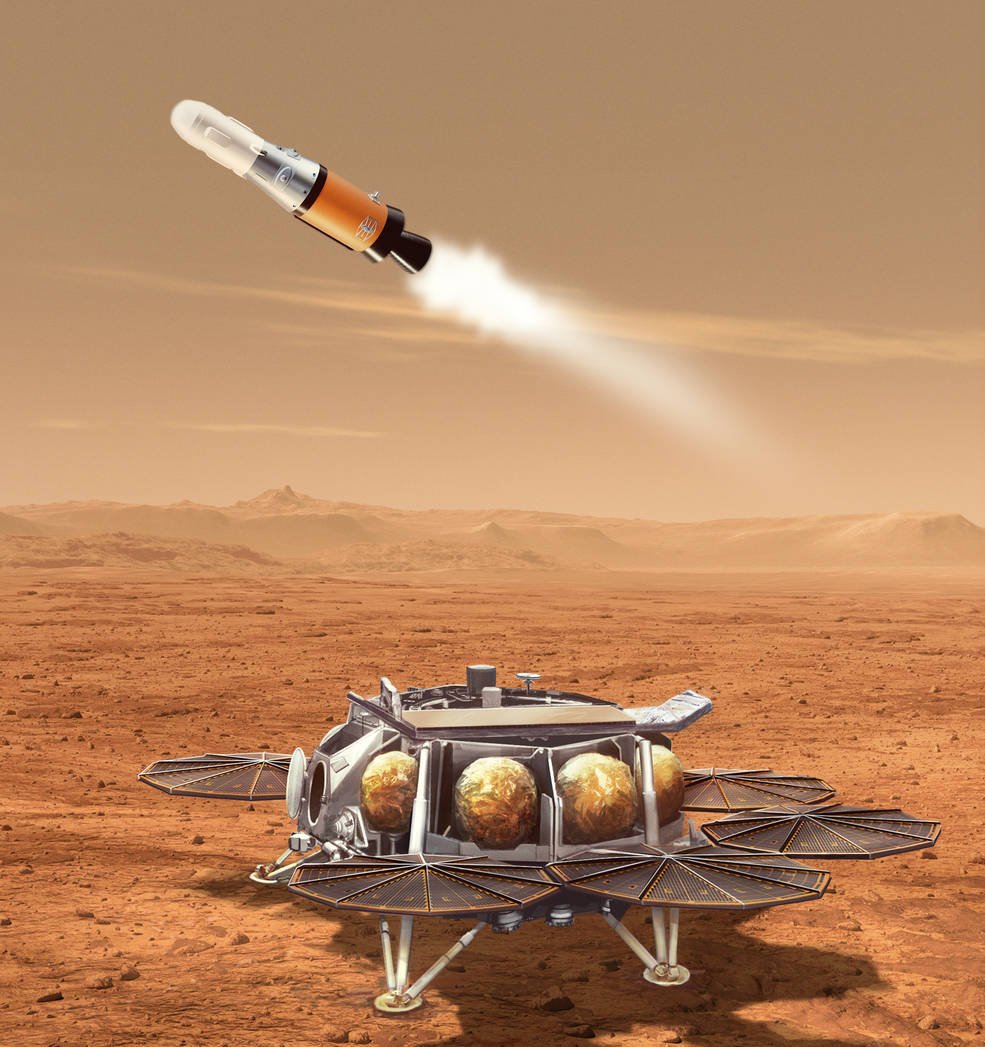 This illustration shows a concept for a proposed NASA Mars lander-and-rocket combination that would play a key role in returning to Earth samples of Mars material collected by the Perseverance rover. This Sample Retrieval Lander would carry a small rocket (about 10 feet, or 3 meters, tall) called the Mars Ascent Vehicle to the Martian surface. After using a robotic arm to load the rover’s sealed sample tubes into a container in the nose cone of the rocket, the lander would launch the Mars Ascent Vehicle into orbit around the Red Planet.

The news briefing will present the architecture proposal that is expected to be finalized in September 2022.

Editor's Note: This advisory was updated on July 21 to note that audio of the media teleconference will livestream on the agency's website.

NASA will host a media teleconference at 11 a.m. EDT (8 a.m. PDT) on Wednesday, July 27, to discuss the architecture for its Mars Sample Return campaign.

NASA and the ESA (European Space Agency) recently held a systems requirement review as part of the Mars Sample Return campaign’s conceptual design phase – a phase when the architecture is refined and solidified. The briefing will present the architecture proposal that is expected to be finalized in September 2022.

Audio of the teleconference will livestream online at:

The Mars Sample Return campaign may revolutionize humanity’s understanding of Mars by returning scientifically selected samples for study using the most sophisticated instruments around the world. This strategic partnership with ESA will be the first mission to return samples from another planet, including the first launch from the surface of another planet. The samples to be returned – currently being collected by Perseverance during its exploration of Jezero Crater, home to an ancient river delta – are thought to be the best opportunity to reveal the early evolution of Mars, including the potential for life.

For more information about the Mars Sample Return campaign, visit: