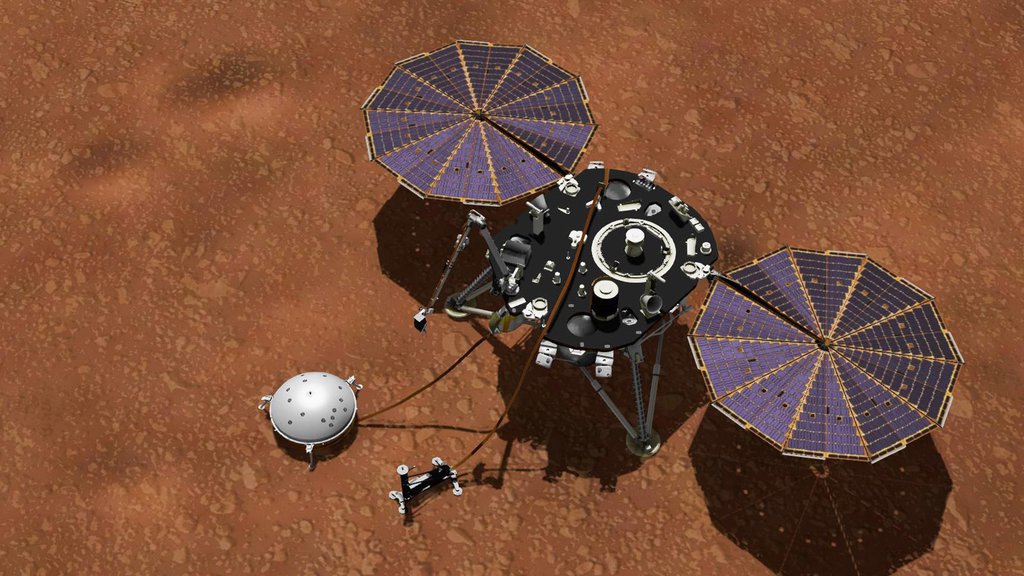 Among InSight's instruments is the Auxiliary Payload Sensor Suite (APSS), which collects data on wind speed and direction, air temperature and pressure, and magnetic fields. › Full image and caption

An electronics issue is suspected to be preventing the sensors from sharing their data about Mars weather with the spacecraft.

Updated Sept. 14, 2020: On Sept. 6, 2020, InSight's weather sensors (collectively called the Auxiliary Payload Sensor Suite, or APSS) were reset. They appear to be operating nominally again, gathering data on wind speed and direction, air temperature and pressure, and magnetic fields. Although the issue that required APSS to be reset has not been determined, the team will continue to carefully monitor the situation.

Weather sensors aboard NASA's InSight Mars lander stopped providing data on Sunday, Aug. 16, 2020, a result of an issue affecting the sensor suite's electronics. Engineers at NASA's Jet Propulsion Laboratory in Southern California are working to understand the cause of the issue.

APSS is in safe mode and unlikely to be reset before the end of the month while mission team members work toward a diagnosis. JPL engineers are optimistic that resetting the control computer may address the issue but need to investigate the situation further before returning the sensors to normal.