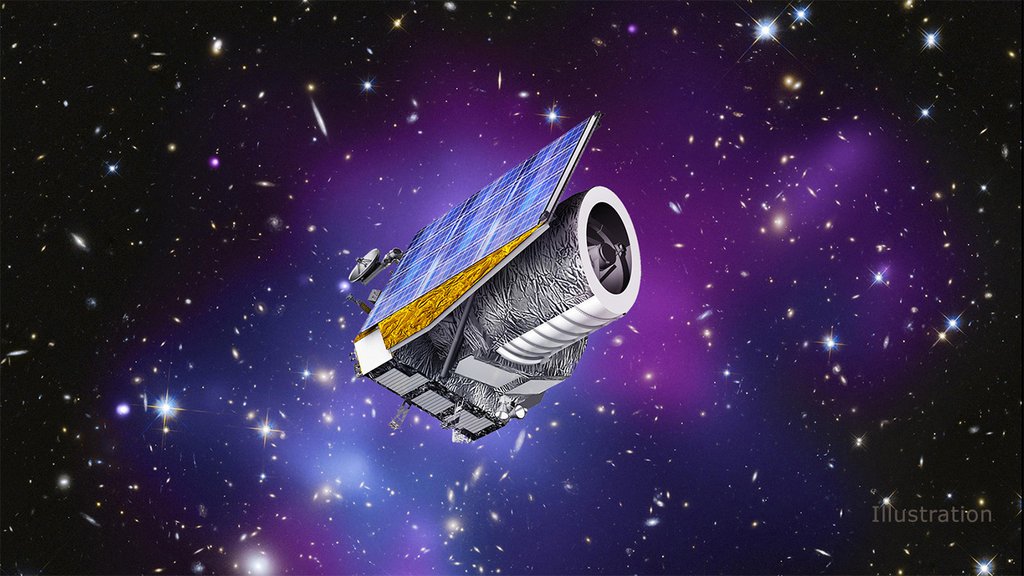 Three detector systems for the Euclid mission have been delivered to Europe for the spacecraft's infrared instrument.

Three detector systems for the Euclid mission, led by ESA (European Space Agency), have been delivered to Europe for the spacecraft's near-infrared instrument. The detector systems are key components of NASA's contribution to this upcoming mission to study some of the biggest questions about the universe, including those related to the properties and effects of dark matter and dark energy -- two critical, but invisible phenomena that scientists think make up the vast majority of our universe.

"The delivery of these detector systems is a milestone for what we hope will be an extremely exciting mission, the first space mission dedicated to going after the mysterious dark energy," said Michael Seiffert, the NASA Euclid project scientist based at NASA's Jet Propulsion Laboratory, Pasadena, California, which manages the development and implementation of the detector systems.

Euclid will carry two instruments: a visible-light imager (VIS) and a near-infrared spectrometer and photometer (NISP). A special light-splitting plate on the Euclid telescope enables incoming light to be shared by both instruments, so they can carry out observations simultaneously.

The spacecraft, scheduled for launch in 2020, will observe billions of faint galaxies and investigate why the universe is expanding at an accelerating pace. Astrophysicists think dark energy is responsible for this effect, and Euclid will explore this hypothesis and help constrain dark energy models. This census of distant galaxies will also reveal how galaxies are distributed in our universe, which will help astrophysicists understand how the delicate interplay of the gravity of dark matter, luminous matter and dark energy forms large-scale structures in the universe.

Additionally, the location of galaxies in relation to each other tells scientists how they are clustered. Dark matter, an invisible substance accounting for over 80 percent of matter in our universe, can cause subtle distortions in the apparent shapes of galaxies. That is because its gravity bends light that travels from a distant galaxy toward an observer, which changes the appearance of the galaxy when it is viewed from a telescope. Euclid's combination of visible and infrared instruments will examine this distortion effect and allow astronomers to probe dark matter and the effects of dark energy.

Detecting infrared light, which is invisible to the human eye, is especially important for studying the universe's distant galaxies. Much like the Doppler effect for sound, where a siren's pitch seems higher as it approaches and lower as it moves away, the frequency of light from an astronomical object gets shifted with motion. Light from objects that are traveling away from us appears redder, and light from those approaching us appears bluer. Because the universe is expanding, distant galaxies are moving away from us, so their light gets stretched out to longer wavelengths. Between 6 and 10 billion light-years away, galaxies are brightest in infrared light.

JPL procured the NISP detector systems, which were manufactured by Teledyne Imaging Sensors of Camarillo, California. They were tested at JPL and at NASA's Goddard Space Flight Center, Greenbelt, Maryland, before being shipped to France and the NISP team.

Each detector system consists of a detector, a cable and a "readout electronics chip" that converts infrared light to data signals read by an onboard computer and transmitted to Earth for analysis. Sixteen detectors will fly on Euclid, each composed of 2040 by 2040 pixels. They will cover a field of view slightly larger than twice the area covered by a full moon. The detectors are made of a mercury-cadmium-telluride mixture and are designed to operate at extremely cold temperatures.

"The U.S. Euclid team has overcome many technical hurdles along the way, and we are delivering superb detectors that will enable the collection of unprecedented data during the mission," said Ulf Israelsson, the NASA Euclid project manager, based at JPL.

Delivery to ESA of the next set of detectors for NISP is planned in early June. The Centre de Physique de Particules de Marseille, France, will provide further characterization of the detector systems. The final detector focal plane will then be assembled at the Laboratoire d'Astrophysique de Marseille, and integrated with the rest of NISP for instrument tests.

For more information about Euclid, visit: