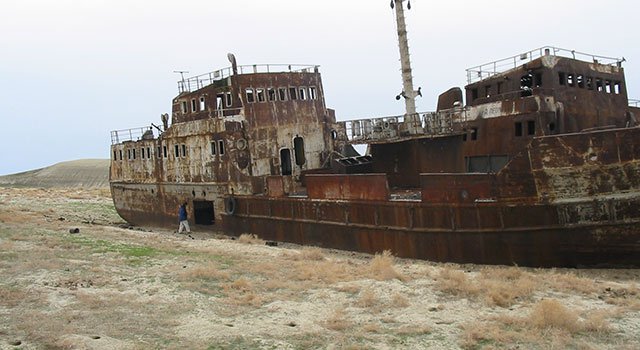 A relic of the vanishing Aral Sea.
Credit: Wikimedia Commons 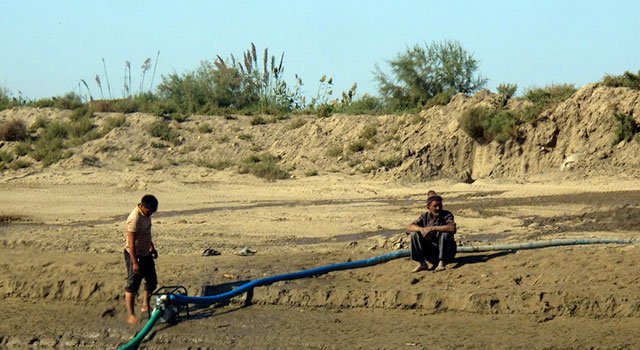 Unlined irrigation ditches in the Aral Sea watershed are inefficient, but they allow some water to seep back into aquifers.
Credit: Wikimedia Commons