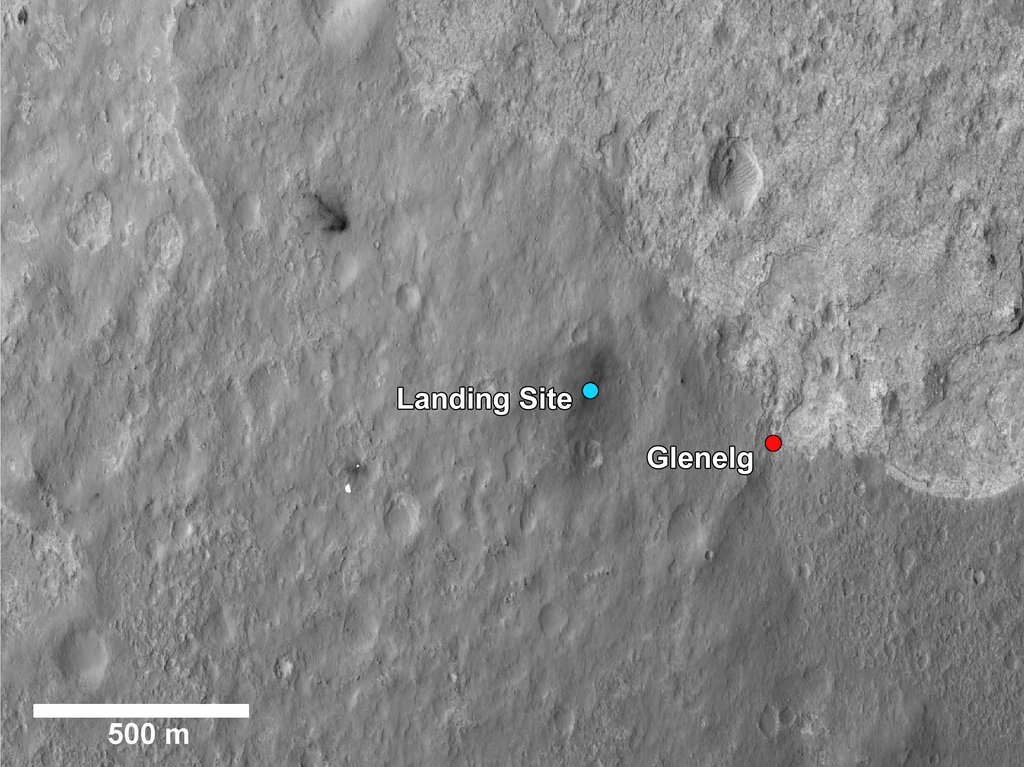 This image shows a closer view of the landing site of NASA's Curiosity rover and a destination nearby known as Glenelg.› Full image and caption
Credit: NASA/JPL-Caltech/Univ. of Arizona 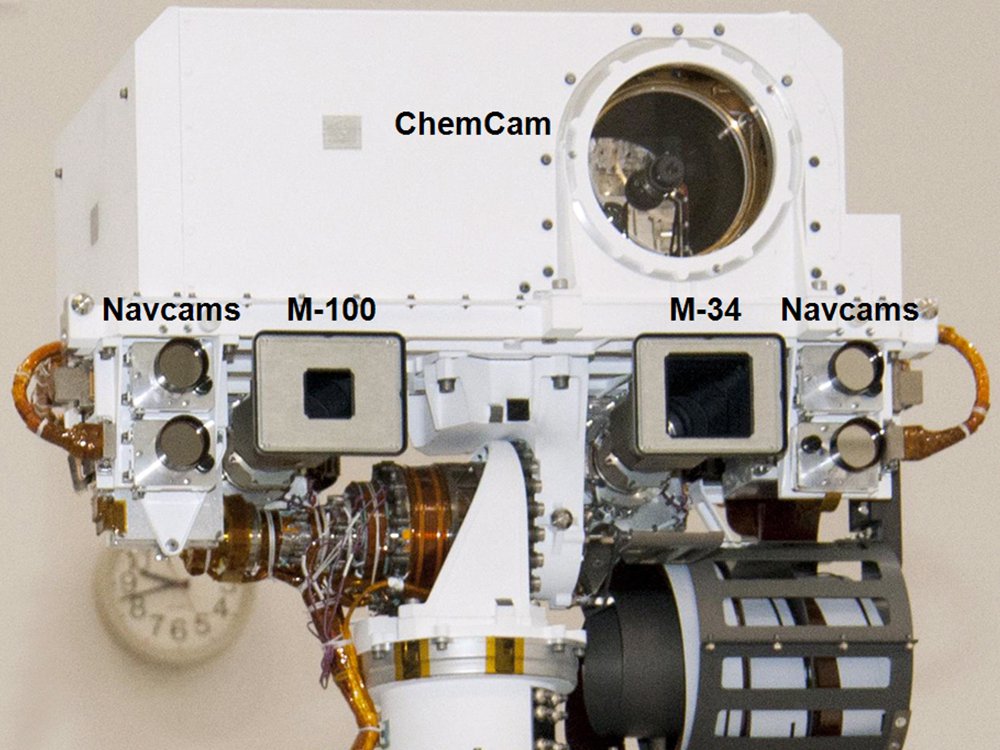 This view of the head of the remote sensing mast on the Mars Science Laboratory mission's rover, Curiosity, shows seven of the 17 cameras on the rover.› Full image and caption
Credit: NASA/JPL-Caltech/MSSS 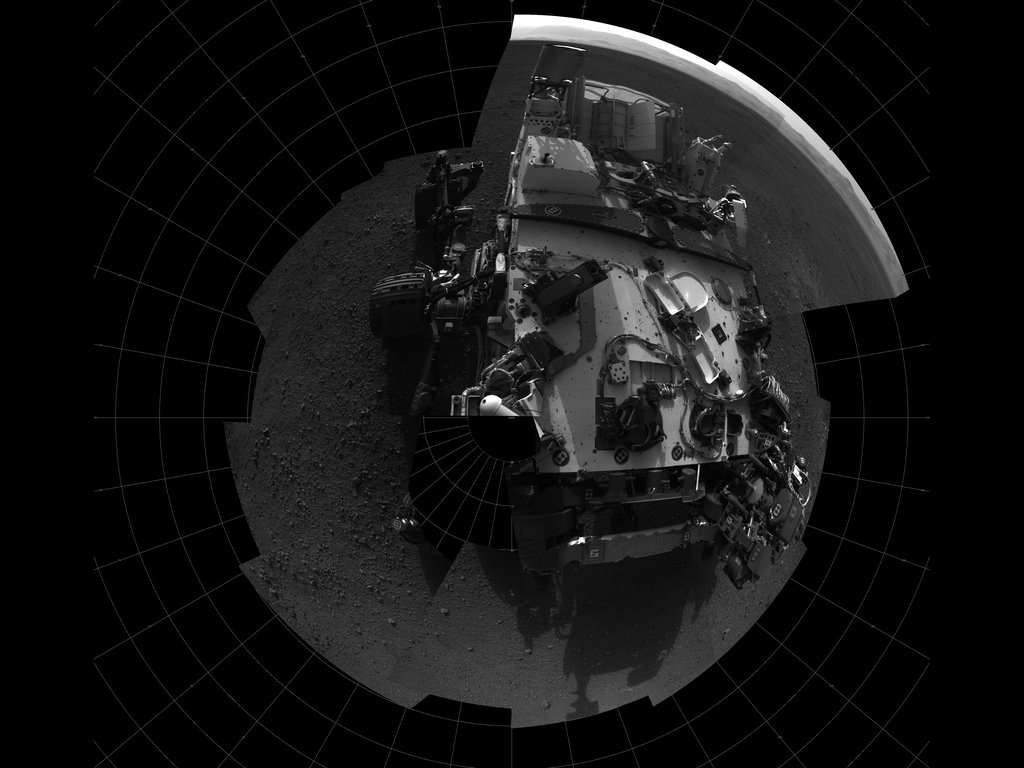 This self-portrait shows the deck of NASA's Curiosity rover from the rover's Navigation camera.› Full image and caption
Credit: NASA/JPL-Caltech 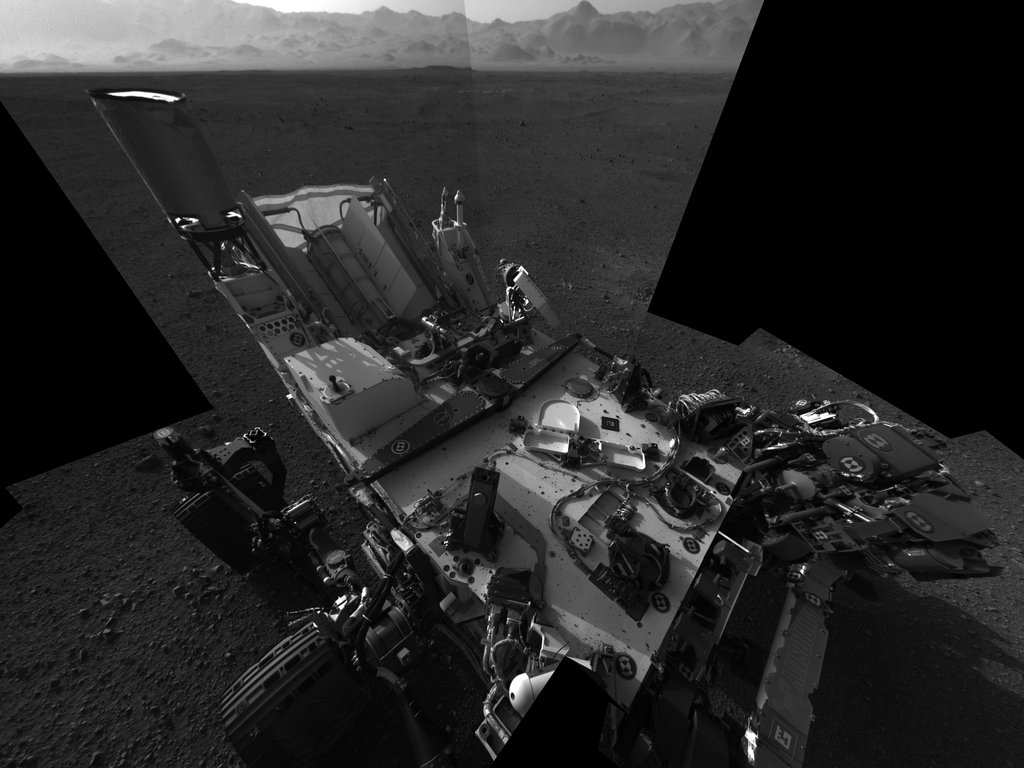 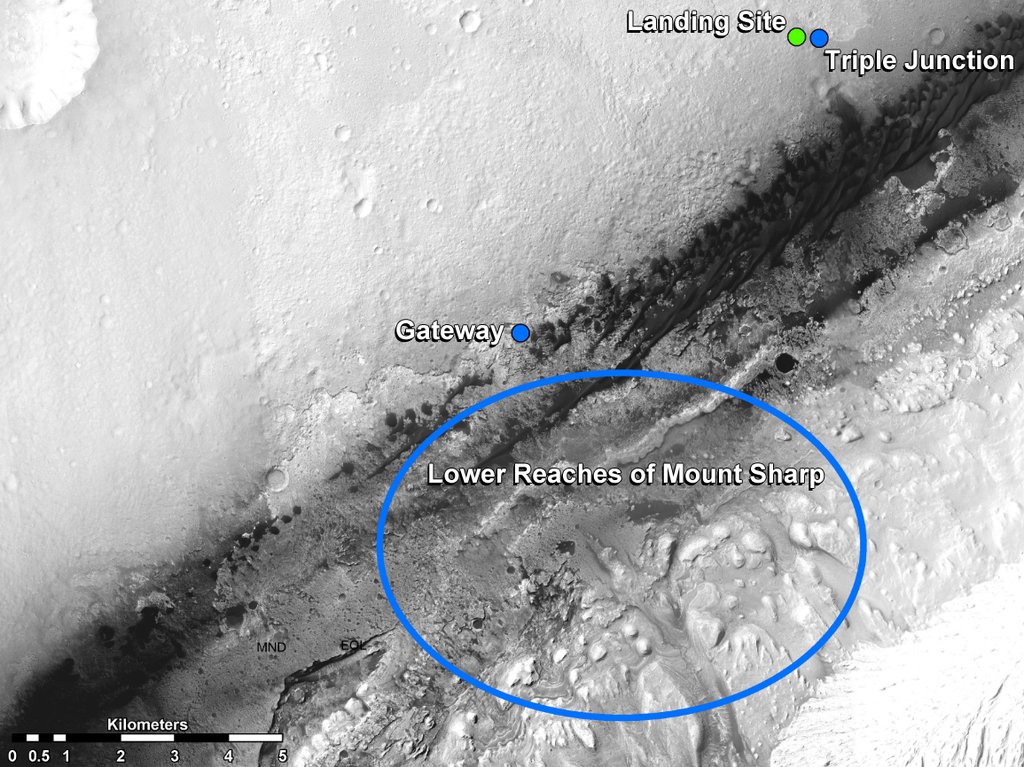 This imagery is being released in association with NASA's Mars Science Laboratory mission.› Full image and caption
Credit: NASA/JPL-Caltech 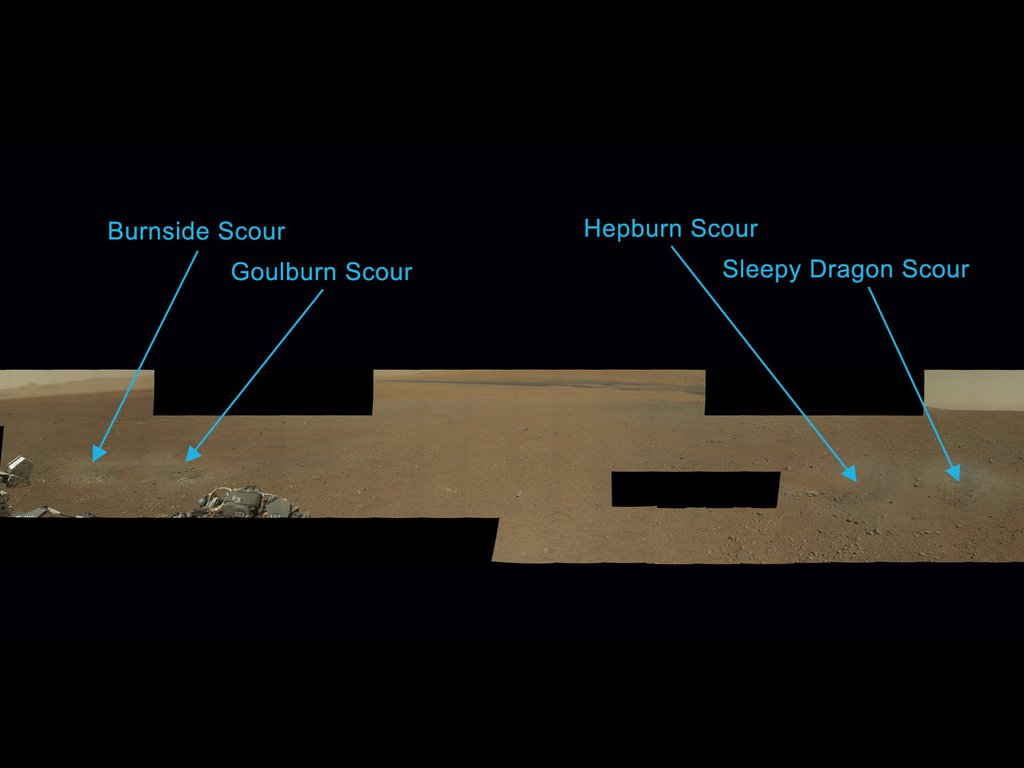 Scientists have now named the four marks near NASA's Curiosity rover where blasts from the descent stage rocket engines blew away some of the Martian surface material.› Full image and caption
Credit: NASA/JPL-Caltech/MSSS

The scientists and engineers of NASA's Curiosity rover mission have selected the first driving destination for their one-ton, six-wheeled mobile Mars laboratory.