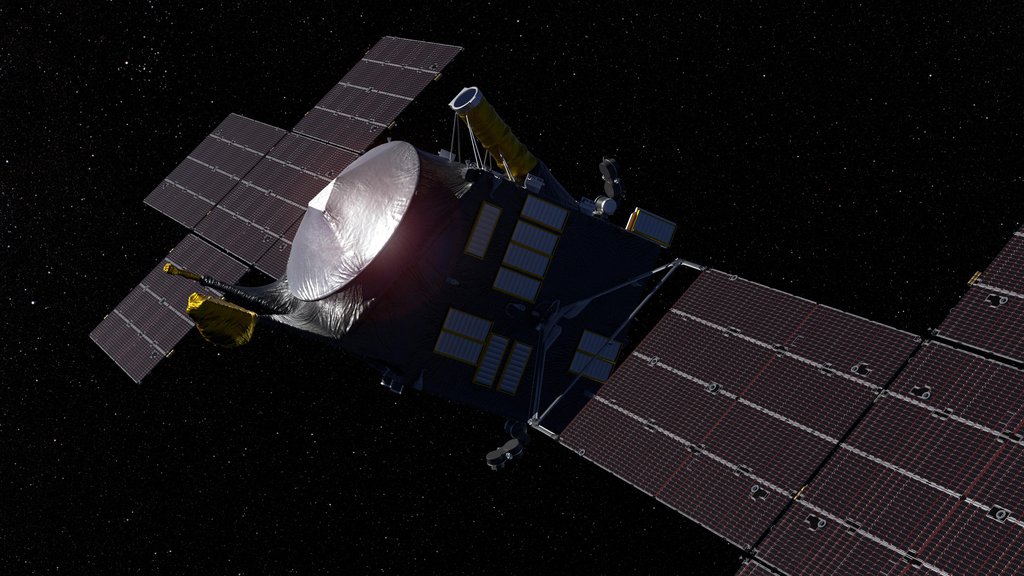 This illustration, updated as of June 2020, depicts NASA’s Psyche spacecraft.

The mission team continues to complete testing of the spacecraft’s flight software in preparation for the 2023 launch date.

Earlier this year, Psyche missed its planned 2022 launch period as a result of mission development problems, leading to an internal review of whether the mission would be able to overcome these issues to successfully launch in 2023.

This continuation/termination review was informed by a project-proposed mission replan and a separate independent review, commissioned in June by NASA and the agency’s Jet Propulsion Laboratory in Southern California, that investigated causes for the delay.

“I appreciate the hard work of the independent review board and the JPL-led team toward mission success,” said Thomas Zurbuchen, associate administrator of NASA’s Science Mission Directorate in Washington. “The lessons learned from Psyche will be implemented across our entire mission portfolio. I am excited about the science insights Psyche will provide during its lifetime and its promise to contribute to our understanding of our own planet’s core.”

The independent review board is still finalizing its report, which, along with NASA’s response, will be shared publicly once complete.

“I’m extremely proud of the Psyche team,” said JPL Director Laurie Leshin. “During this review, they have demonstrated significant progress already made toward the future launch date. I am confident in the plan moving forward and excited by the unique and important science this mission will return.”

NASA selected Psyche in 2017 to investigate a previously unexplored metal-rich asteroid of the same name. It is part of the agency’s Discovery Program, a line of low-cost, competitive missions led by a single principal investigator.

NASA continues to assess options for its Janus mission exploring twin binary asteroid systems, which was originally scheduled to launch on the same SpaceX Falcon Heavy rocket as Psyche. NASA’s Deep Space Optical Communications technology demonstration, testing high-data-rate laser communications, is integrated into the Psyche spacecraft and will continue as planned on the new launch date.

Arizona State University leads the Psyche mission. JPL, which is managed for NASA by Caltech in Pasadena, California, is responsible for the mission’s overall management, system engineering, integration and test, and mission operations. Maxar Technologies in Palo Alto, California, is providing the high-power solar electric propulsion spacecraft chassis. NASA’s Launch Services Program, based at the agency’s Kennedy Space Center in Florida, is managing the launch. Psyche is part of NASA’s Discovery Program, managed by the agency’s Marshall Space Flight Center in Huntsville, Alabama.

For more information about the Psyche mission, visit: