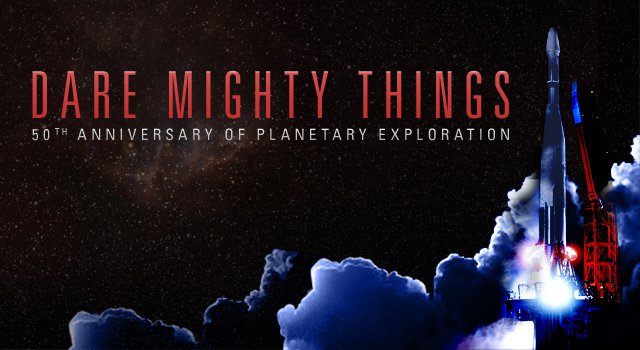 On Dec. 14, 1962, NASA's Mariner 2 spacecraft sailed close to Venus, marking the first time any spacecraft had ever successfully made a close-up study of another planet.› Interactive infographic
Credit: NASA/JPL-Caltech 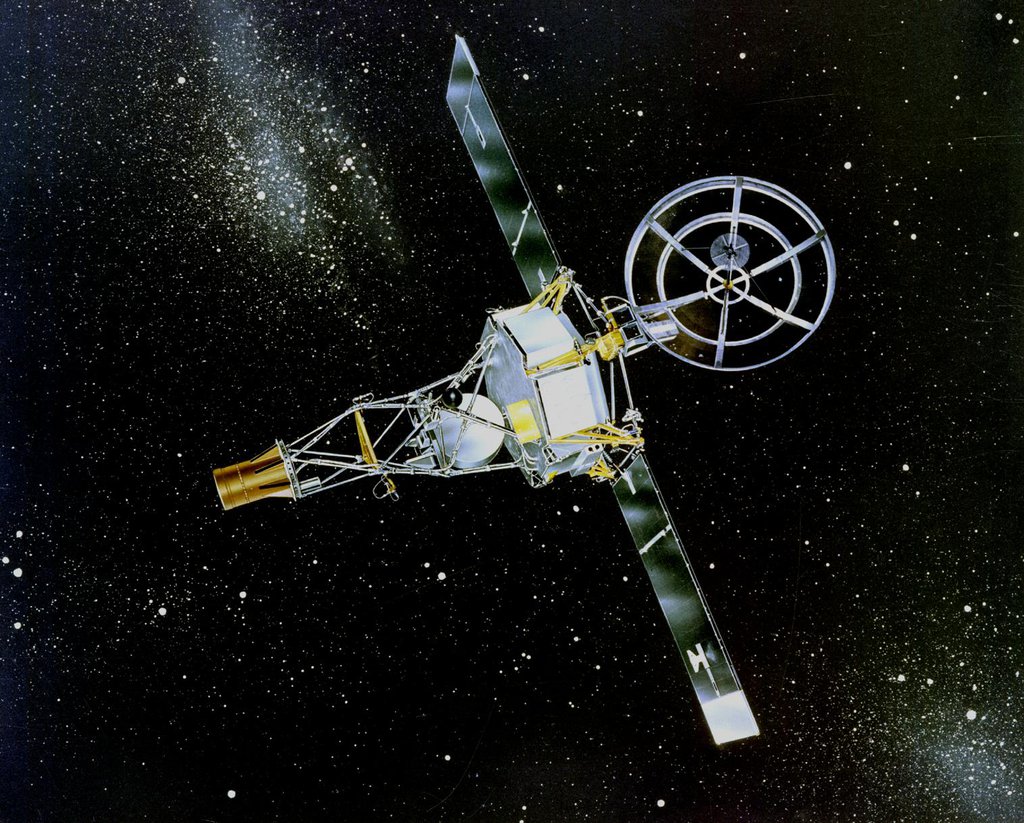 Mariner 2 was the world's first successful interplanetary spacecraft. Launched August 27, 1962, on an Atlas-Agena rocket, Mariner 2 passed within about 34,000 kilometers (21,000 miles) of Venus, sending back valuable new information about interplanetary space and the Venusian atmosphere.› Full image and caption
Credit: NASA/JPL

Fifty years ago, NASA's Mariner 2 spacecraft sailed close to the planet Venus, marking the first time any spacecraft had ever successfully made a close-up study of another planet.

PASADENA, Calif. -- Fifty years ago on a mid-December day, NASA's Mariner 2 spacecraft sailed close to the shrouded planet Venus, marking the first time any spacecraft had ever successfully made a close-up study of another planet. The flyby, 36 million miles (58 million kilometers) away from Earth, gave America its first bona fide space "first" after five years in which the Soviet Union led with several space exploration milestones. Designed and built by NASA's Jet Propulsion Laboratory in Pasadena, Calif., the successful Mariner 2 spacecraft ushered in a new era of solar system exploration.

"JPL has always attempted to do mighty things on behalf of NASA and our nation," said JPL director Charles Elachi. "Achieving America's first 'first in space' is among the lab's proudest achievements."

In celebration of the anniversary, an interactive presentation highlighting 50 years of planetary exploration is available online at: http://www.jpl.nasa.gov/50years .

The first Mariners were designed and built on an extremely demanding schedule. JPL had to ready three probes - two to fly to Venus and one spare -- in less than a year, with strict weight limits.

Getting to Venus was no easy feat. The Soviet Union suffered several failures in their attempts to get to Venus in 1961. And the rocket carrying NASA's first attempt, Mariner 1, began to fishtail shortly after launch. The range safety officer pushed the self-destruct button four minutes and 53 seconds into flight.

Mariner 2 was launched Aug. 27, 1962, from Cape Canaveral. Shortly after liftoff, the rocket began to roll, making it unable to respond to guidance commands. In the first of a series of Mariner "miracles," the electrical short causing the issue mysteriously healed itself after about a minute.

En route to Venus, Mariner 2 encountered many problems that nearly ended its mission. Among these were a solar panel that twice stopped working, a balky sensor designed to locate Earth and gyros that mysteriously misbehaved. Most troubling of all, temperatures on the spacecraft climbed to alarming levels as Mariner 2 drew closer to Venus. Mission controllers worried the spacecraft might cook itself before reaching its destination.

But on Dec. 14, 1962, Mariner 2 hit its expected mark, gliding within 21,564 miles (34,675 kilometers) of our closest planetary neighbor. Machines at JPL spit out rolls of paper tape with microwave, infrared, radiation and magnetic fields data.

The encounter produced the first close-up measurements of Venus's scorching surface temperature, helping to confirm scientists' hypotheses of a runaway "greenhouse" effect that trapped heat from the sun under an atmospheric blanket. The spacecraft's precision tracking also enabled navigators to use radio signals to measure the effect of Venus's gravity on the spacecraft and calculate the most precise figure ever of the planet's mass.

The mission also made scientific discoveries beyond Venus. During Mariner 2's cruise phase, it was the first to confirm the existence of the solar wind, the stream of charged particles flowing outward from the sun. Its data also enabled scientists to refine the value for an astronomical unit, the average distance between Earth and the sun. Mariner 2 also showed that micrometeorites and the radiation environment were not significant threats in that part of the solar system.

Mariner 2 was a thrilling success during the early, uncertain days of space exploration. As Mariner 2's project manager Jack James of JPL reflected before his death in 2001, "There will be other missions to Venus, but there will never be another first mission to Venus."

Six other successful Mariner missions to Venus, Mars and Mercury followed. And in the ensuing decades, NASA sent spacecraft to all the planets, as well as comets, asteroids and other unfamiliar worlds in our solar system.

For a fuller history of Mariner 2's visit of Venus: visit http://www.jpl.nasa.gov/mariner2/ .