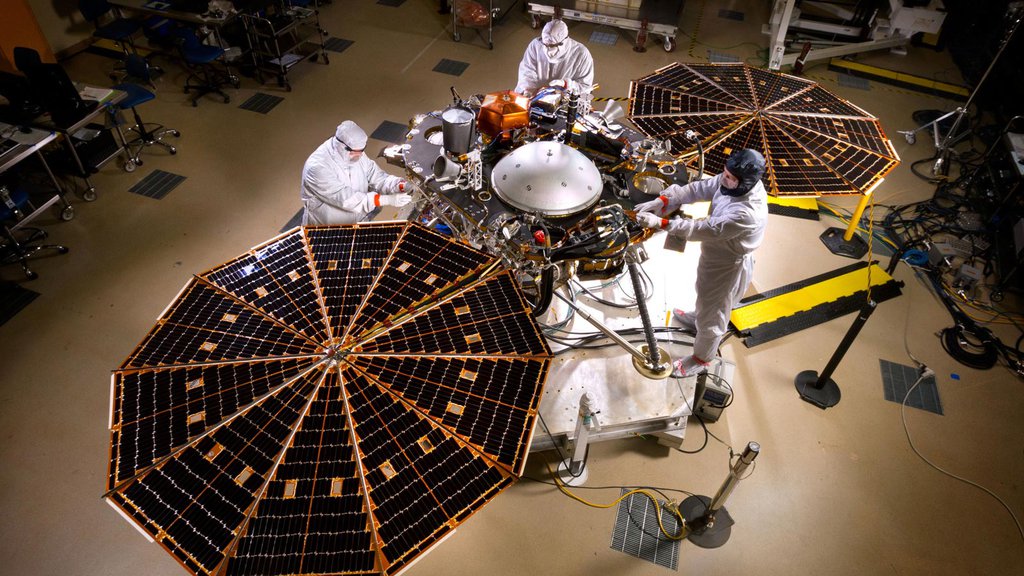 The solar arrays on NASA's InSight lander are deployed in this test inside a clean room at Lockheed Martin Space Systems, Denver. This configuration is how the spacecraft will look on the surface of Mars. The image was taken on April 30, 2015.› Full image and caption
Credit: NASA/JPL-Caltech/Lockheed Martin 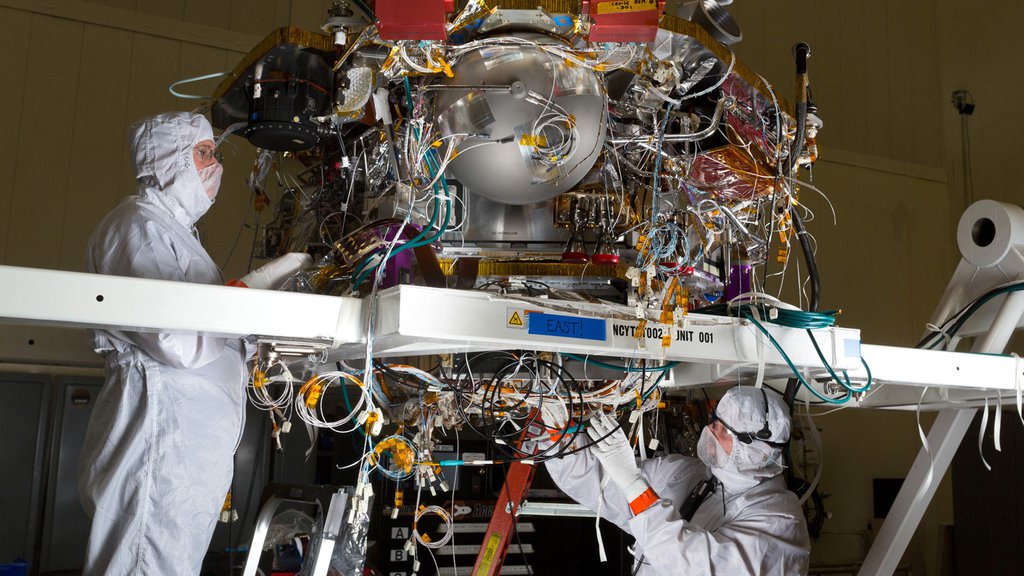 The Mars lander that NASA's InSight mission will use for investigating how rocky planets formed and evolved is being assembled by Lockheed Martin Space Systems, Denver.› Full image and caption
Credit: NASA/JPL-Caltech/Lockheed Martin 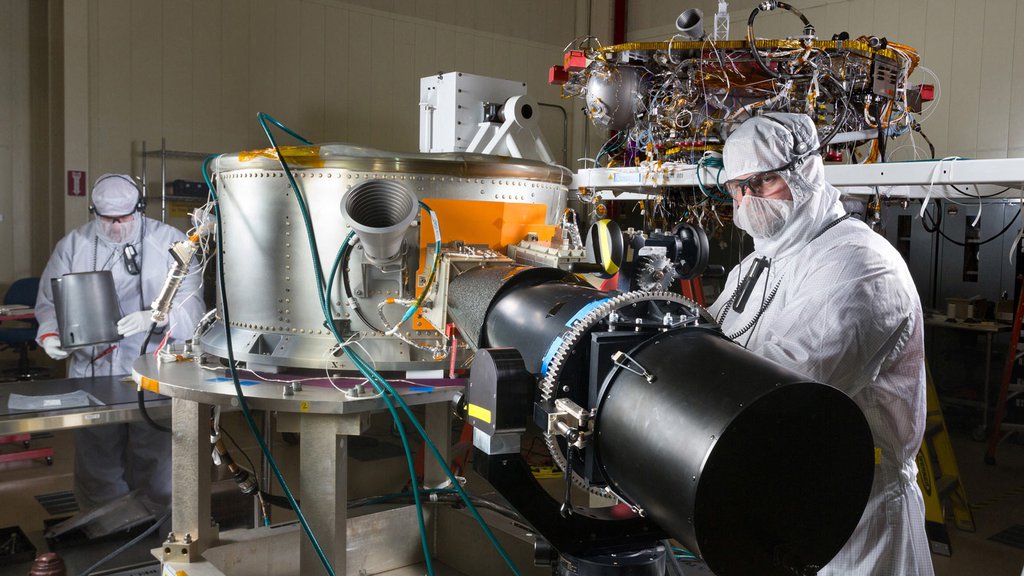 Spacecraft specialists in a clean room at Lockheed Martin Space Systems, Denver, are working on NASA's InSight spacecraft in this January 2015 scene from the mission's assembly and testing phase.› Full image and caption
Credit: NASA/JPL-Caltech/Lockheed Martin 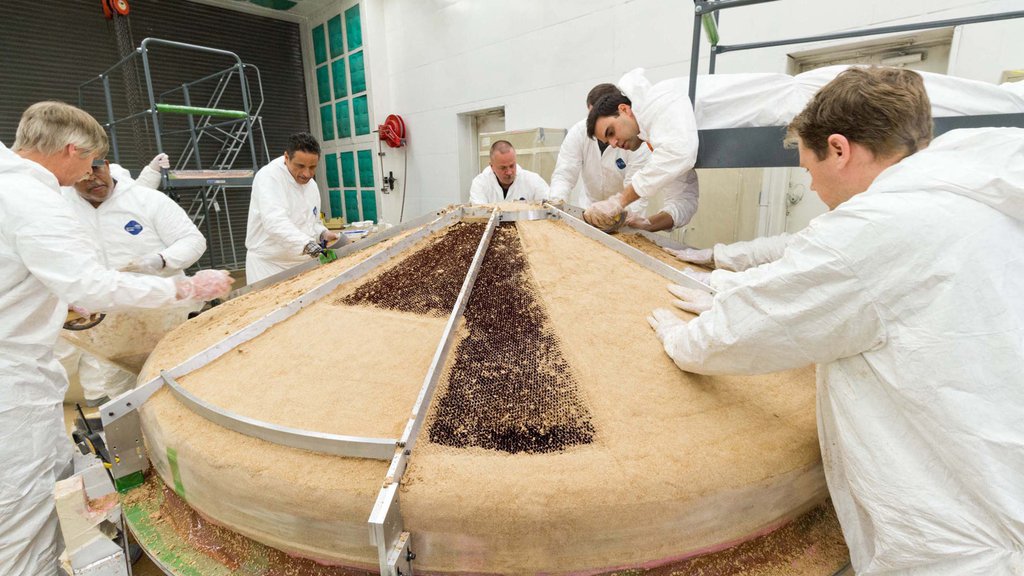 In this February 2015 scene from a clean room at Lockheed Martin Space Systems, Denver, specialists are building the heat shield to protect NASA's InSight spacecraft when it is speeding through the Martian atmosphere.› Full image and caption
Credit: NASA/JPL-Caltech/Lockheed Martin 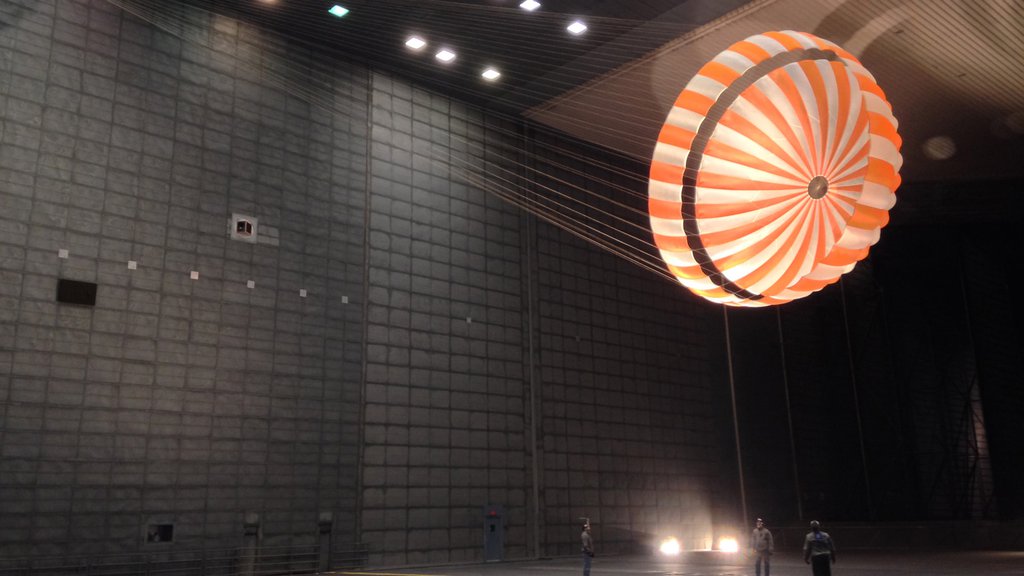 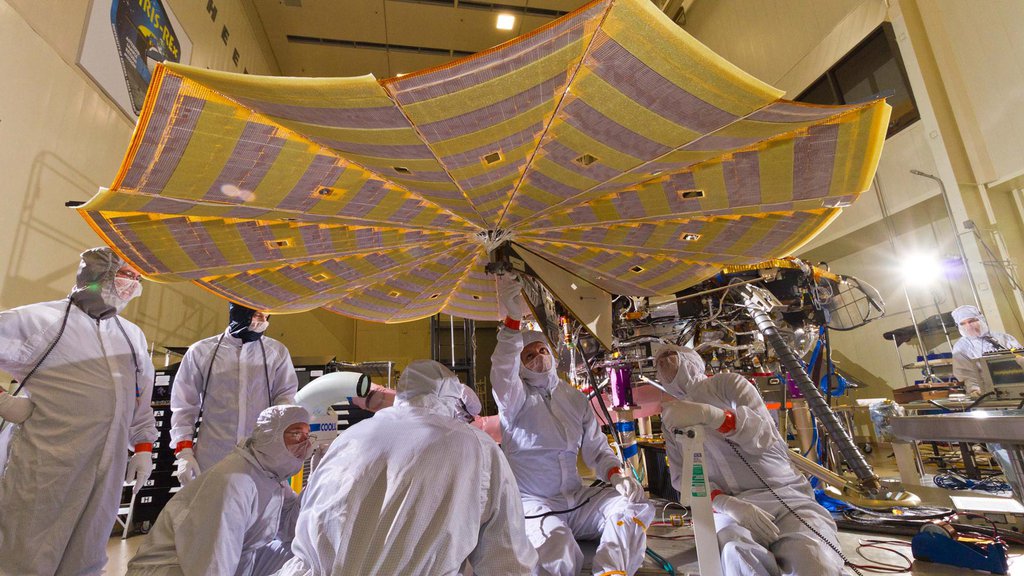 The lander is called InSight, an abbreviation for Interior Exploration using Seismic Investigations, Geodesy and Heat Transport. It is about the size of a car and will be the first mission devoted to understanding the interior structure of the Red Planet. Examining the planet's deep interior could reveal clues about how all rocky planets, including Earth, formed and evolved.

The current testing will help ensure InSight can operate in and survive deep space travel and the harsh conditions of the Martian surface. The spacecraft will lift off from Vandenberg Air Force Base in California, and land on Mars about six months later.

The technical capabilities and knowledge gained from Insight, and other Mars missions, are crucial to NASA's journey to Mars, which includes sending astronauts to the Red Planet in the 2030s.

"Today, our robotic scientific explorers are paving the way, making great progress on the journey to Mars," said Jim Green, director of NASA's Planetary Science Division at the agency's headquarters in Washington. "Together, humans and robotics will pioneer Mars and the solar system."

During the environmental testing phase at Lockheed Martin's Space Systems facility near Denver, the lander will be exposed to extreme temperatures, vacuum conditions of nearly zero air pressure simulating interplanetary space, and a battery of other tests over the next seven months. The first will be a thermal vacuum test in the spacecraft's "cruise" configuration, which will be used during its seven-month journey to Mars. In the cruise configuration, the lander is stowed inside an aeroshell capsule and the spacecraft's cruise stage - for power, communications, course corrections and other functions on the way to Mars -- is fastened to the capsule.

"The assembly of InSight went very well and now it's time to see how it performs," said Stu Spath, InSight program manager at Lockheed Martin Space Systems, Denver. "The environmental testing regimen is designed to wring out any issues with the spacecraft so we can resolve them while it's here on Earth. This phase takes nearly as long as assembly, but we want to make sure we deliver a vehicle to NASA that will perform as expected in extreme environments."

Other tests include vibrations simulating launch and checking for electronic interference between different parts of the spacecraft. The testing phase concludes with a second thermal vacuum test in which the spacecraft is exposed to the temperatures and atmospheric pressures it will experience as it operates on the Martian surface.

"It's great to see the spacecraft put together in its launch configuration," said InSight Project Manager Tom Hoffman at NASA's Jet Propulsion Laboratory, Pasadena, California. "Many teams from across the globe have worked long hours to get their elements of the system delivered for these tests. There still remains much work to do before we are ready for launch, but it is fantastic to get to this critical milestone."