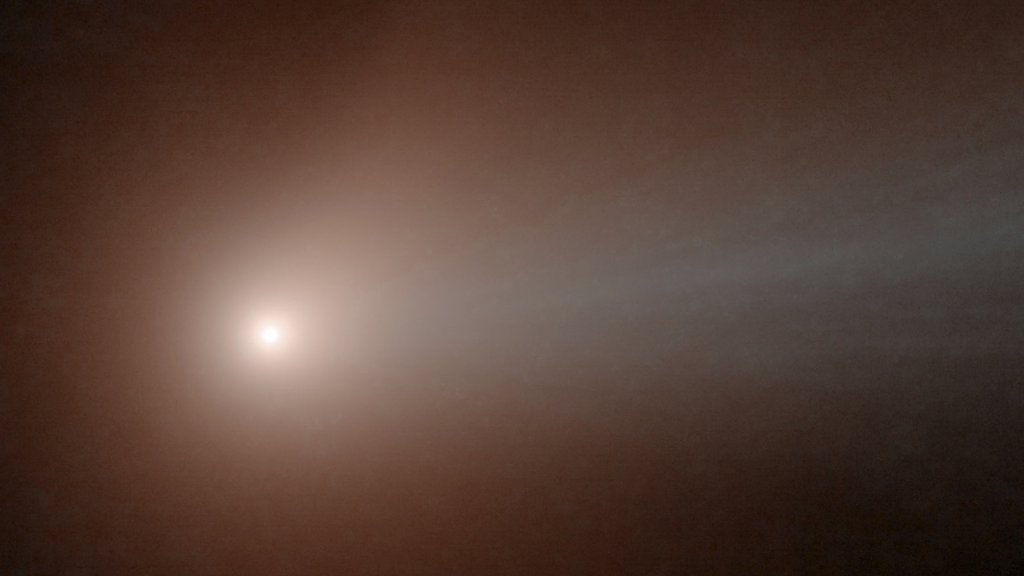 Millions of images of celestial objects, including asteroids, observed by NASA's NEOWISE spacecraft now are available online to the public.

Millions of images of celestial objects, including asteroids, observed by NASA's Near-Earth Object Wide-field Infrared Survey Explorer (NEOWISE) spacecraft now are available online to the public. The data was collected following the restart of the asteroid-seeking spacecraft in December 2013 after a lengthy hibernation.

"One of the most satisfying things about releasing these cutting-edge astronomical data to the public is seeing what other exciting and creative projects the scientific community does with them," said Amy Mainzer, principal investigator for NEOWISE at NASA's Jet Propulsion Laboratory (JPL), in Pasadena, California.

In the first year of the survey, NEOWISE captured 2.5 million image sets, detecting and providing data on over 10,000 solar system objects. The data revealed 129 new solar system objects, including 39 previously undiscovered near-Earth objects. Each of the images also contains a multitude of background stars, nebulae and galaxies. More than 10 billion measurements of these more distant objects are contained in the release of the NEOWISE data.

"And we're far from finished," said Mainzer. "We're only into our second year of additional science collection, and we've already added another 21 new discoveries including six new near-Earth objects."

NEOWISE is a space telescope that scans the skies for asteroids and comets. The telescope sees infrared light, which allows it to pick up the heat signature of asteroids and obtain better estimates of their true sizes. As a result, NEOWISE can see dark asteroids that are harder for visible-light surveys to find. Nearly all of the NEOWISE discoveries have been large -- hundreds of yards, or meters, wide -- and very dark, similar to printer toner. When NEOWISE's infrared data on an object is combined with that of a visible-light optical telescope, it helps scientists understand the object's composition.

NEOWISE always looks in the dawn and twilight skies -- the direction perpendicular to a line between Earth and the sun. This unique vantage point makes it possible for NEOWISE to spot objects that approach Earth from the direction of the sun, unlike ground-based telescopes that are only able to view the night sky.

Originally called the Wide-field Infrared Survey Explorer (WISE), the spacecraft was placed in hibernation in 2011 after its primary mission was completed. In September 2013, it was reactivated, renamed NEOWISE and assigned a new mission to assist NASA's efforts to identify the population of potentially hazardous near-Earth objects and help characterize previously known asteroids and comets. It provides information about the sizes and compositions of these objects.

NASA Wednesday announced more details in its plan for its Asteroid Redirect Mission (ARM), which in the mid-2020s will test a number of new capabilities needed for future human expeditions to deep space, including to Mars. For ARM, a robotic spacecraft will capture a boulder from the surface of a near-Earth asteroid and move it into a stable orbit around the moon for exploration by astronauts, all in support of advancing the nation's journey to Mars. The agency plans to announce the specific asteroid selected for the mission no earlier than 2019, approximately a year before launching the robotic spacecraft.

NASA also announced it has increased the detection of near-Earth Asteroids by 65 percent since launching its asteroid initiative three years ago.

"NEOWISE is a vital asset in NASA's program to find objects that truly represent an impact hazard to Earth," said Lindley Johnson, program executive for the Near-Earth Object Observation Program at NASA Headquarters in Washington. "The data reveal how far we've come to understand the danger to Earth but it will still take a concerted effort to find all of them that could do serious damage."

In 2012, the president's NASA budget included, and Congress authorized, $20.4 million for an expanded NASA Near-Earth Object (NEO) Observations Program, increasing the resources for this critical program from the $4 million per year it had received since the 1990s. The program was again expanded in fiscal year 2014, with a budget of $40.5 million. NASA is asking Congress for $50 million for this important work in the 2016 budget.

To view the NEOWISE data, visit:

More information about asteroids and near-Earth objects is at available online at:

For more information about the Asteroid Redirect Mission, visit: