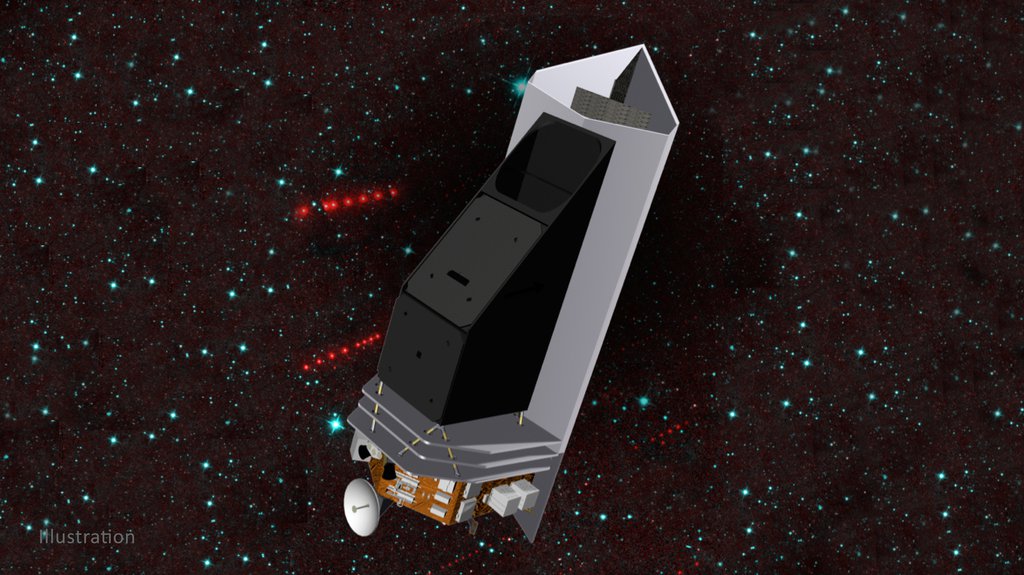 NEO Surveyor is a new mission proposal designed to discover and characterize most of the potentially hazardous asteroids that are near the Earth.

NASA has approved the Near-Earth Object Surveyor space telescope (NEO Surveyor) to move to the next phase of mission development after a successful mission review, authorizing the mission to move forward into Preliminary Design (known as Key Decision Point-B). The infrared space telescope is designed to help advance NASA’s planetary defense efforts by expediting our ability to discover and characterize most of the potentially hazardous asteroids and comets that come within 30 million miles of Earth’s orbit, collectively known as near-earth objects, or NEOs.

“NEO Surveyor will have the capability to rapidly accelerate the rate at which NASA is able to discover asteroids and comets that could pose a hazard to the Earth, and it is being designed to discover 90 percent of asteroids 140 meters in size or larger within a decade of being launched,” said Mike Kelley, NEO Surveyor program scientist at NASA Headquarters.

“Each night, astronomers across the globe diligently use ground-based optical telescopes to discover new NEOs, characterize their shape and size, and confirm they do not pose a threat to us,” said Kelly Fast, program manager for NASA’s NEO Observations Program. “Those telescopes are only able to look for NEOs in the night sky. NEO Surveyor would allow observations to continue day and night, specifically targeting regions where NEOs that could pose a hazard might be found and accelerating the progress toward the Congressional goal.”

Discovering, characterizing, and tracking potentially hazardous NEOs as early as possible is crucial in ensuring that deflection or other preparations for impact mitigation can be carried out in time. NASA will test one deflection technology – the kinetic impactor – with its Double Asteroid Redirection Test (DART) mission, to be launched later this year. While there are no known impact threats to Earth for the next century, unpredicted impacts by unknown NEOs – such as the 2013 Chelyabinsk event in Russia – still pose a hazard to Earth. Using sensors that operate in the infrared, NEO Surveyor would help planetary scientists discover NEOs more quickly, including ones that could approach Earth during the day from closer to the direction of the Sun – something that is not currently possible using ground-based optical observatories.

“By searching for NEOs closer to the direction of the Sun, NEO Surveyor would help astronomers discover impact hazards that could approach Earth from the daytime sky,” said Amy Mainzer, survey director for NEO Surveyor at the University of Arizona. “NEO Surveyor would also significantly enhance NASA’s ability to determine the specific sizes and characteristics of newly discovered NEOs by using infrared light, complementing ongoing observations being conducted by ground-based observatories and radar.”

NEO Surveyor’s approval to move to this next mission milestone brings the telescope one step closer to launch, which is currently scheduled for the first half of 2026. The mission is being developed by NASA’s Jet Propulsion Laboratory in Southern California and managed by NASA’s Planetary Missions Program Office at Marshall Space Flight Center, with program oversight by the Planetary Defense Coordination Office (PDCO). NASA established the PDCO in 2016 to manage the agency’s ongoing efforts in Planetary Defense.