Mysteries of the Solar Nebula 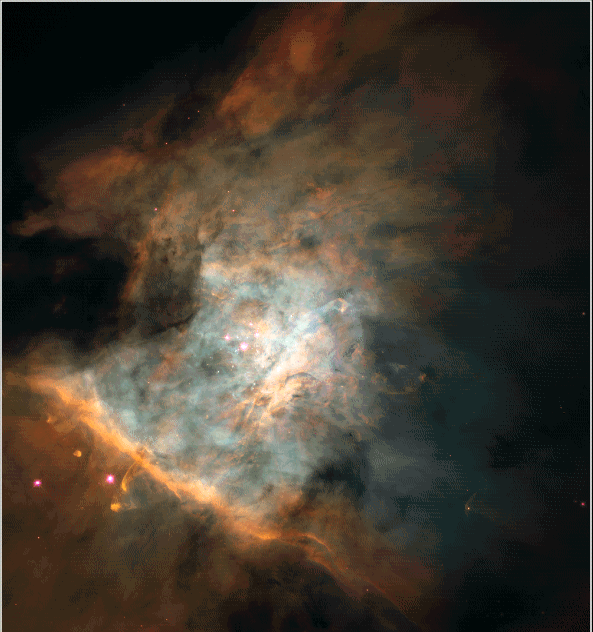 Four billion years ago, our solar neighborhood may have resembled this recent image of the Orion nebula. 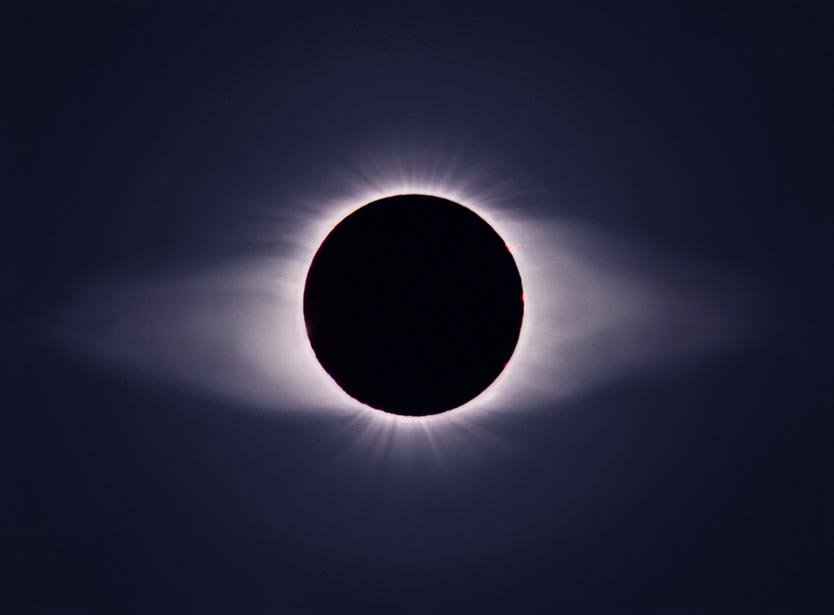 The solar corona, which produces solar wind, is evident in this eclipse. 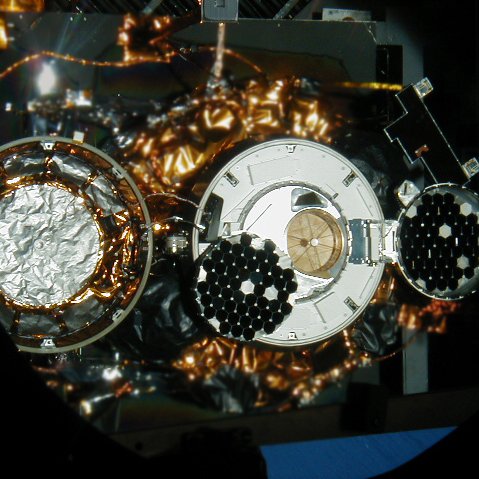 As the ball-shaped cloud fell inward it began to flatten and rotate, eventually resembling a spinning pancake. Mostly the stuff of the cloud was simple atoms of hydrogen and helium, but it was peppered here and there by more complicated elements forged in the internal furnaces and death explosions of older stars. Even as a new sun took shape at the center of the cloud, disturbances formed farther out. In a remarkably short time by astronomical standards -- "just" tens of millions of years, or less -- these whirlpools of matter condensed into planets.

Today that star system is home to an amazing diversity of environments -- from immense mountains and enormous, jagged canyons on rocky inner planets to sulfur volcanos and ice geysers on moons circling huge gas planets farther out from the star, their orbits crisscrossed by legions of comets and asteroids.

This is the story, astronomers tell us, of how the Sun, our Earth and the solar system that both of them occupy came to be. There is plenty of evidence from observations over many decades to establish the broad outlines of the story. But exactly how the placental cloud of dust and gas, called the "solar nebula," turned into the solar system that we see around us today still poses many mysteries for scientists.

One of the main ways that scientists approach the question of how the solar system formed is by comparing the elements and isotopes that made up the original cloud of dust and gas to the compositions of the planets, moons, asteroids and comets in the solar system today. (An isotope is a variation of an element that is heavier or lighter than the standard form of the element because each atom has more or fewer neutrons in its nucleus.) But what were the ingredients in the original solar nebula?

Fortunately, nature provides a fossil record of the solar nebula. Like other stars its size, the Sun has an outer atmosphere that is slowly but steadily flowing off into space. This material, consisting mostly of electrically charged atoms called ions, flows outward past the planets in a constant stream called the "solar wind." This wind is a snapshot of the materials in the surface layers of the Sun, which in turn reflects the makeup of the original solar nebula.

This is the rationale of the Genesis mission. By flying out beyond the interfering influences of Earth's magnetic fields, the spacecraft can collect samples of the solar wind revealing the makeup of the cloud that formed the solar system nearly 5 billion years ago.

Astronomers have long studied the Sun's composition by breaking down the Sun's color spectrum using instruments on telescopes and satellites. But these observations are not precise enough for today's planetary science. By analyzing the solar wind in terrestrial laboratories, Genesis scientists can find precise ratios of isotopes and elements in the solar nebula. The basic data gained from the Genesis mission are needed to advance theories about the solar nebula and evolution of the planets.

Genesis' main goal is to probe the mystery of oxygen in the solar system. The amounts of oxygen isotopes vary among the solar system bodies, though the reason for the variety is totally unknown. Different parts of the solar system have distinct proportions of three isotopes of oxygen called O16, O17 and O18. O16 is the most common form of an oxygen atom, containing eight protons and eight neutrons to add up to an atomic weight of about 16. O17 has one extra neutron, whereas O18 has two extra neutrons.

Genesis will provide this last puzzle piece to determine how the solar nebula evolved into the solar system bodies.

Understanding the origins of the variations of the oxygen isotopes is a key to understanding the origin of the solar system. Does any part of today's solar system contain the same ratios of these oxygen isotopes as what Genesis finds existed in the original solar nebula? Finding out how these isotope ratio differences survived will narrow the possibilities of how the different materials or regions of the nebula mixed or didn't mix.
Go to Genesis site
› Go to launch webcast