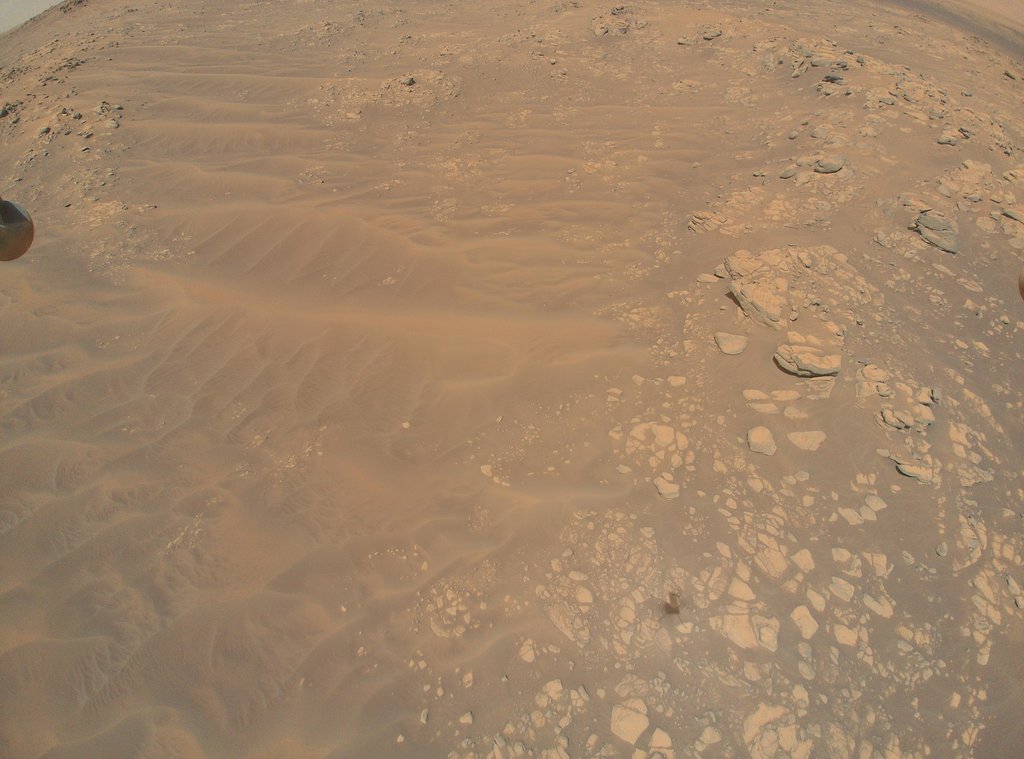 This image of the South Séítah region of Jezero Crater was captured by NASA's Ingenuity Mars Helicopter during its 12th flight at Mars, on August 16, 2021.
Credit: NASA/JPL-Caltech
Full Image Details

Ask any space explorer, and they’ll have a favorite photograph or two from their mission. For Ken Farley, the project scientist for NASA’s Perseverance rover, one of his current favorites is a color image of “South Seítah,” an area the mission’s science team had considered potentially worthy of a rover visit. The agency’s Ingenuity Mars Helicopter took the image during its 12th and most recent flight, on Aug. 16.

Prior to Ingenuity’s latest flight, the majority of what the Perseverance science team knew of the southern portion of the Seítah feature came from orbiter images. Based on that data, they believed the site could possibly be a treasure trove of complex geology, providing information that could play a valuable role as the rover team searches for signs of ancient microbial life and attempts to characterize the geology of the area and to understand the area’s history.

They used the rotorcraft’s images to look for signs of layered, sedimentary rock that could have been deposited in water, intriguing rocky outcrops accessible to the rover, and safe routes the rover could take into and back out of the area.

“From a science perspective, these images of South Seítah are the most valuable Ingenuity has taken to date,” said Farley, who’s based at Caltech. “And part of their value may be in what they are not showing. Sedimentary layers in rocks are not readily apparent in the image, and there may be areas that could be difficult to negotiate with the rover. There is work to do by our science and rover driving teams to understand better how to respond to the new data.”

Ingenuity obtained 10 images of the area as it flew into and then back out of South Seítah at an altitude of 33 feet (10 meters). The flight was one of the most complicated the helicopter team has executed so far – the longest-duration flight to date (169.5 seconds) with multiple waypoints as it flew from relatively non-descript terrain outside South Seítah into much more varied terrain inside, and then back out again.

“What this image may be saying is, we don’t need to drive further west to obtain the best geologic variety of this first science campaign,” said Farley. “If we decide to make the trip to South Seítah, we’ve got some valuable intel on what we’ll encounter. And if the decision is to stick around ‘Artuby Ridge,’ the rover’s current location, we’ll have saved valuable time. It’s a win-win.”