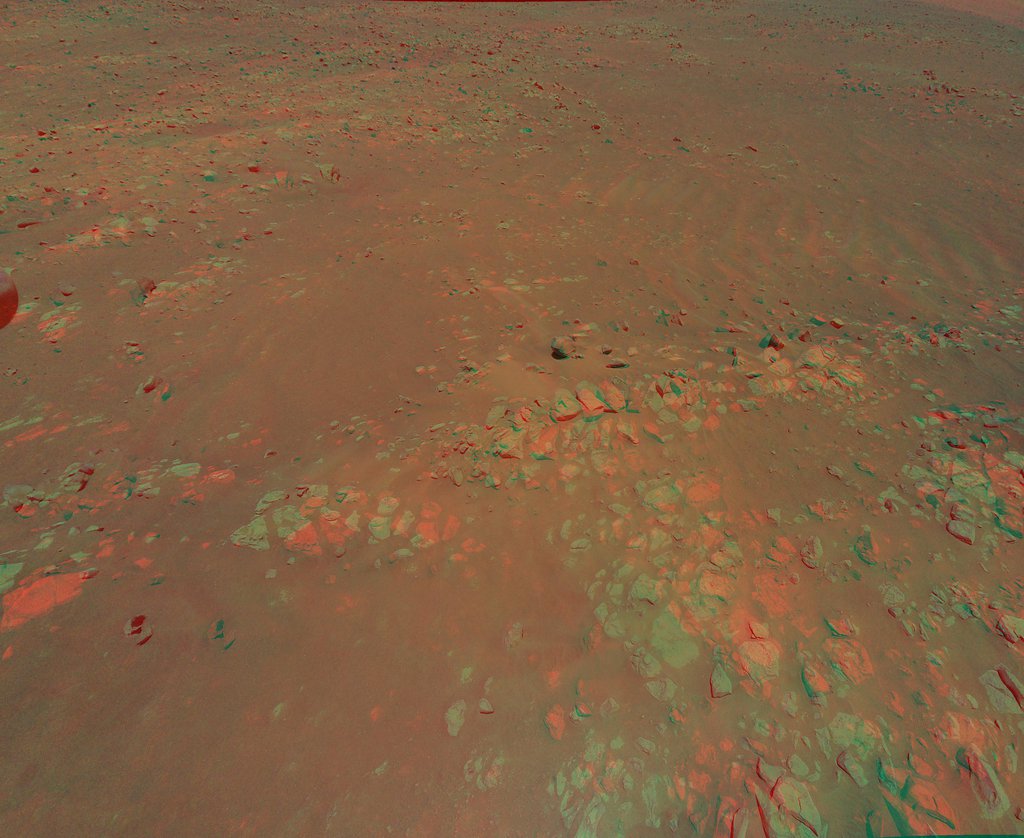 A member of the Perseverance rover’s science team explains why the aerial image offers science advantages over ground-level images.

Ask any space explorer, and they’ll have a favorite photo or two from their mission. For Kevin Hand, a scientist at NASA’s Jet Propulsion Laboratory in Southern California and co-lead of the Perseverance rover’s first science campaign, his latest favorite is a 3D image of low-lying wrinkles in the surface of Jezero Crater. The science team calls this area “Raised Ridges.” NASA’s Ingenuity Mars Helicopter captured the two shots for this stereo image on July 24 during its 10th flight.

“Ingenuity is allowing the Perseverance science team to be in two places at once,” said Hand. “Right now, we are at the ‘Crater Floor Fractured Rough,’ where the rover is preparing for the mission’s first sample acquisition on Mars. Yet at the same time, Ingenuity is providing a detailed preview of a potentially intriguing geologic features hundreds of meters away from us.” 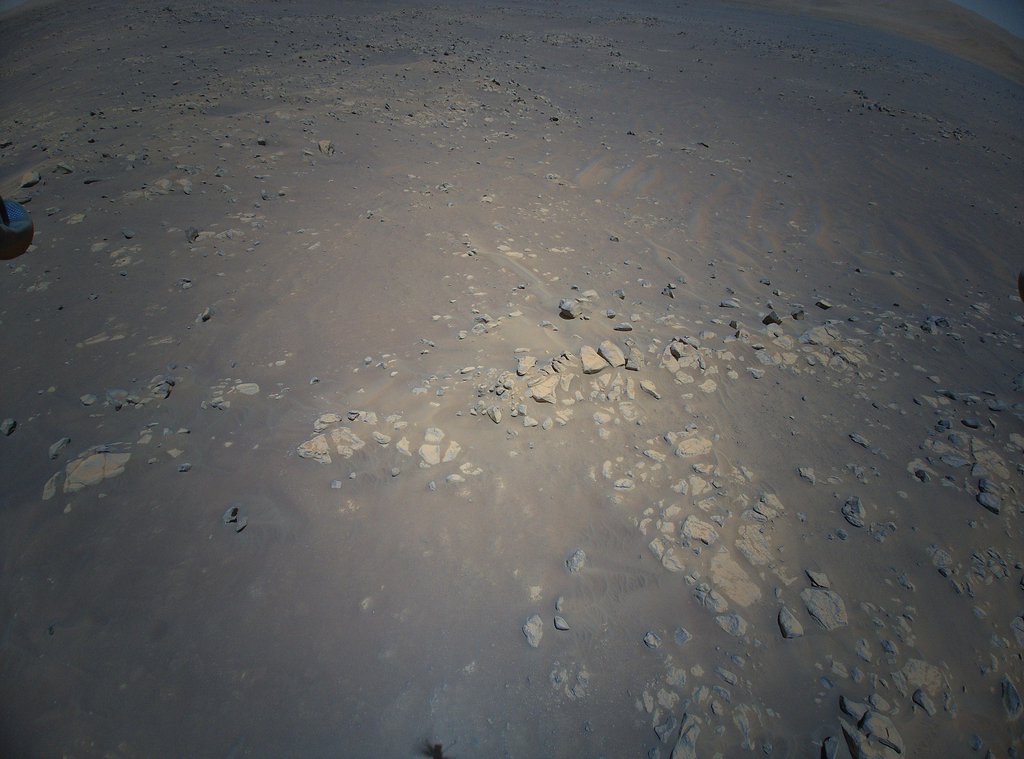 The Raised Ridges intrigue Hand and his colleagues because they consist of three distinct surface fractures that converge at a central point. On Earth, similar fractures in desert environments might be a clue to past liquid water activity and thus past habitability. The Perseverance science team wants to know if what is good for the third rock from the Sun is good for Mars – and if so, whether the Raised Ridges tell them something significant about Mars’ watery past.

“If you look closely, you can see some curious lines across the surfaces of several rocks.”

Ingenuity captured the images during its most complex flight yet. After taking off from its seventh airfield, it climbed to a new record altitude of 40 feet (12 meters). The helicopter then made four heading changes and took 10 images with the rotorcraft’s color camera before landing at a new airfield. The 3D image was created by combining two of those images, offering the rover team a richer perspective as they plan the next steps in their science campaign.

“In 3D it almost feels like you can reach out and touch the Raised Ridges,” said Hand. “But along with its immersive beauty, the image provides great detail. If you look closely, you can see some curious lines across the surfaces of several rocks. Are these just made by eons of wind and dust blowing over the rocks, or might those features tell the story of water? We just don’t know yet.”

Those details are important. In their search for signs of ancient life on Mars, the team is considering drilling a rock or sediment sample in the Raised Ridges, which would take several Martian days, or sols, of driving to reach. With Ingenuity’s images, the rover team now has a much better idea of what to expect if they were to go there and the science value of doing so. In the weeks to come, the science team will pour over this and other 3D images from Ingenuity and debate the merits of such a visit.

“Since landing at Jezero Crater, it’s clear to all of us that there is an abundance of geologic riches for us to explore. It’s a good problem to have,” said Ken Williford, deputy project scientist for Perseverance at JPL. “These aerial previews from Ingenuity provide the kind of actionable data that allow us to whittle down our options and get on with the business of exploring our corner of Mars.”