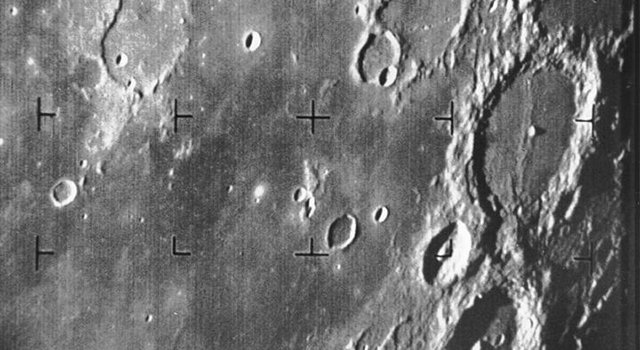 : In the early days of lunar exploration, no one knew what the surface of the moon was really like. On July 31, 1964, NASA obtained the first close-up photographs of the moon from Ranger 7, a spacecraft that made a historic impact that day.

The short 1964 documentary "Lunar Bridgehead," produced by NASA's Jet Propulsion Laboratory, Pasadena, California, chronicles the moments leading up to and following Ranger 7 mission's lunar impact 50 years ago. The mission had the objective of sending back photos of the small-scale topography on parts of the moon's surface, for the benefit of science and a future human voyage to the moon.

The film is available online at:

Ranger 7 marked the first successful mission from the United States to explore the moon.

"It looks as though this particular shot has been indeed a textbook operation," William H. Pickering, the director of JPL during the mission, said at the time.

Ranger 7, which included two solar panel wings and six TV cameras, was built at JPL. It launched on July 28, 1964.

The spacecraft sent back more than 4,300 photos. Engineers at the Goldstone antenna tracking station in the Mojave Desert were the first to glimpse these first pictures of the lunar surface.

The black-and-white JPL film shows the anticipation and excitement of the people involved in the mission. As the 11-foot-tall (3.6-meter) spacecraft approached the moon -- "Stand by for impact," the voice from Goldstone announced - the countdown began, ending in applause and cheering.

For more information about Ranger 7, visit: