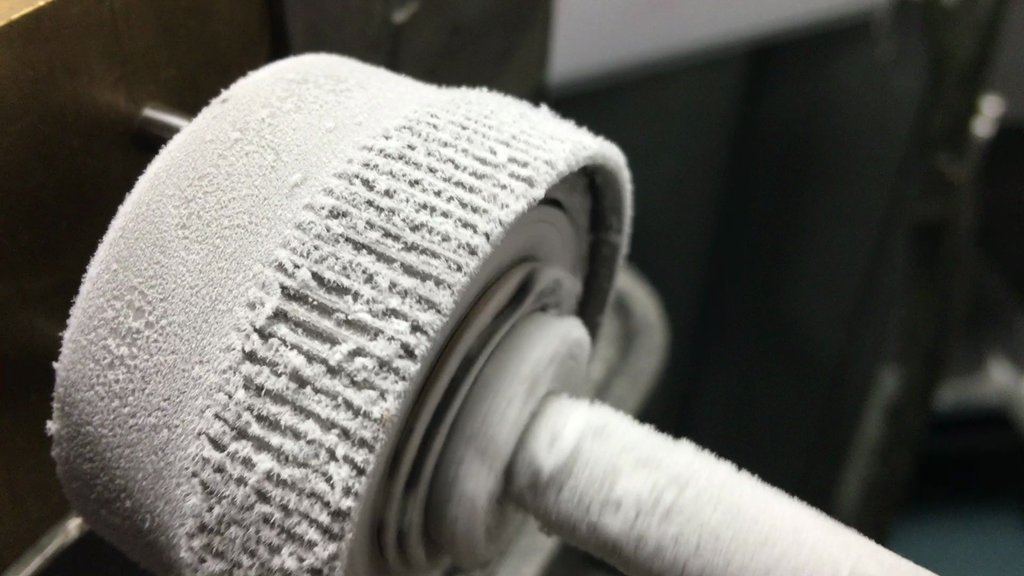 Bulk metallic glass, a metal alloy, doesn't get brittle in extreme cold. That makes the material perfect for robotics operated in space or on icy planets.
Credit: NASA/JPL-Caltech 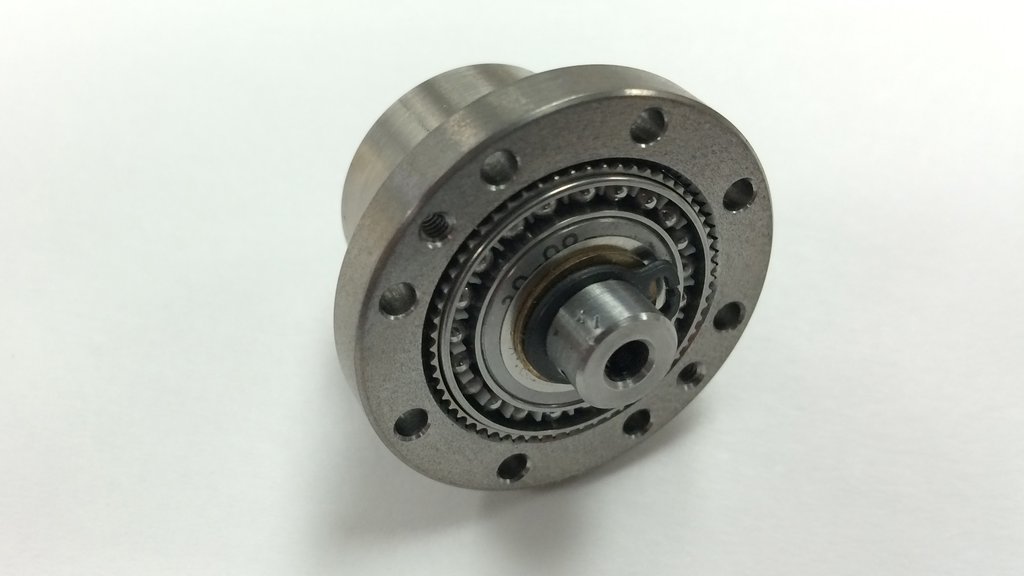 An example of a strain wave gear, also known as a harmonic drive - one of the most expensive types of gears used in high-precision robotics. As the gear turns, the flexible ring inside it squeezes, becoming an oval shape.
Credit: NASA/JPL-Caltech

Throw a baseball, and you might say it's all in the wrist.

For robots, it's all in the gears.

Gears are essential for precision robotics. They allow limbs to turn smoothly and stop on command; low-quality gears cause limbs to jerk or shake. If you're designing a robot to scoop samples or grip a ledge, the kind of gears you'll need won't come from a hardware store.

At NASA's Jet Propulsion Laboratory in Pasadena, California, technologist Douglas Hofmann and his collaborators are building a better gear. Hofmann is the lead author of two recent papers on gears made from bulk metallic glass (BMG), a specially crafted alloy with properties that make it ideal for robotics.

"Although BMGs have been explored for a long time, understanding how to design and implement them into structural hardware has proven elusive," said Hofmann. "Our team of researchers and engineers at JPL, in collaboration with groups at Caltech and UC San Diego, have finally put BMGs through the necessary testing to demonstrate their potential benefits for NASA spacecraft. These materials may be able to offer us solutions for mobility in harsh environments, like on Jupiter's moon Europa."

Recipe for the perfect gear

How can this mystery material be both a metal and a glass? The secret is in its atomic structure. Metals have an organized, crystalline arrangement. But if you heat them up into a liquid, they melt and the atoms become randomized. Cool them rapidly enough --about 1,832 degrees Fahrenheit (1,000 degrees Celsius) per second -- and you can trap their non-crystalline, "liquid" form in place.

This produces a random arrangement of atoms with an amorphous, or non-crystalline microstructure. That structure gives these materials their common names: "amorphous metals," or metallic glass.

By virtue of being cooled so rapidly, the material is technically a glass. It can flow easily and be blow-molded when heated, just like windowpane glass. When this glassy material is produced in parts greater than about .04 inches (1 millimeter), it's called "bulk" metallic glass, or BMG.

Metallic glasses were originally developed at Caltech in Pasadena, California, in 1960. Since then, they've been used to manufacture everything from cellphones to golf clubs.

What makes these gears perfect for space?

Among their attractive qualities, BMGs have low melting temperatures. That allows parts to be cast using injection-molding technology, similar to what's used in the plastics industry, but with much higher strength and wear-resistance. BMGs also don't get brittle in extreme cold, a factor which can lead to a gear's teeth fracturing. This last quality makes the material particularly useful for the kinds of robotics done at JPL.

Hofmann said that gears made from BMGs can "run cold and dry": initial testing has demonstrated strong torque and smooth turning without lubricant, even at -328 degrees Fahrenheit (-200 degrees Celsius). For robots sent to frozen landscapes, that can be a power-saving advantage. NASA's Mars Curiosity rover, for example, expends energy heating up grease lubricant every time it needs to move.

"Being able to operate gears at the low temperature of icy moons, like Europa, is a potential game changer for scientists," said R. Peter Dillon, a technologist and program manager in JPL's Materials Development and Manufacturing Technology Group. "Power no longer needs to be siphoned away from the science instruments for heating gearbox lubricant, which preserves precious battery power."

The second paper led by Hofmann looked at how BMGs could lower the cost of manufacturing strain wave gears. This type of gear, which includes a metal ring that flexes as the gear spins, is tricky to mass produce and ubiquitous in expensive robots.

Not only can BMGs allow these gears to perform at low temperatures, but they can also be manufactured at a fraction of the cost of their steel versions without sacrificing performance. This is potentially game changing for reducing the cost of robots that use strain wave gears, since they are often their most expensive part.

"Mass producing strain wave gears using BMGs may have a major impact on the consumer robotics market," Hofmann said. "This is especially true for humanoid robots, where gears in the joints can be very expensive but are required to prevent shaking arms. The performance at low temperatures for JPL spacecraft and rovers seems to be a happy added benefit."