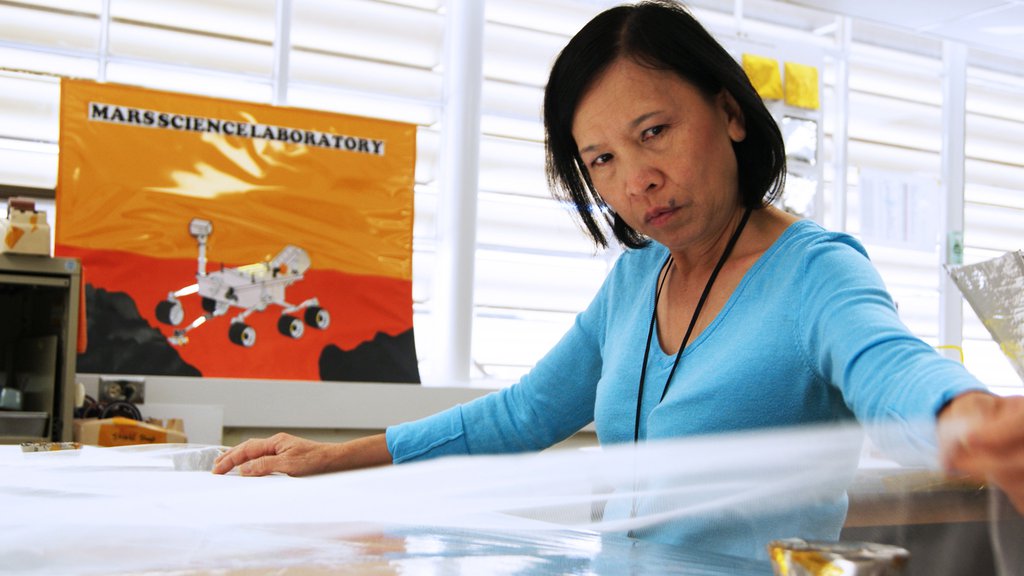 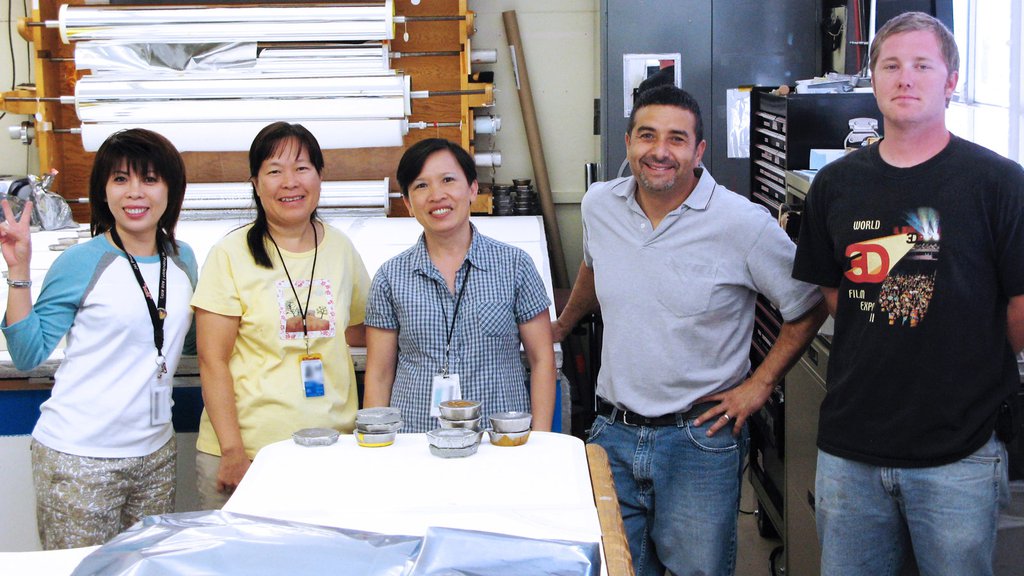 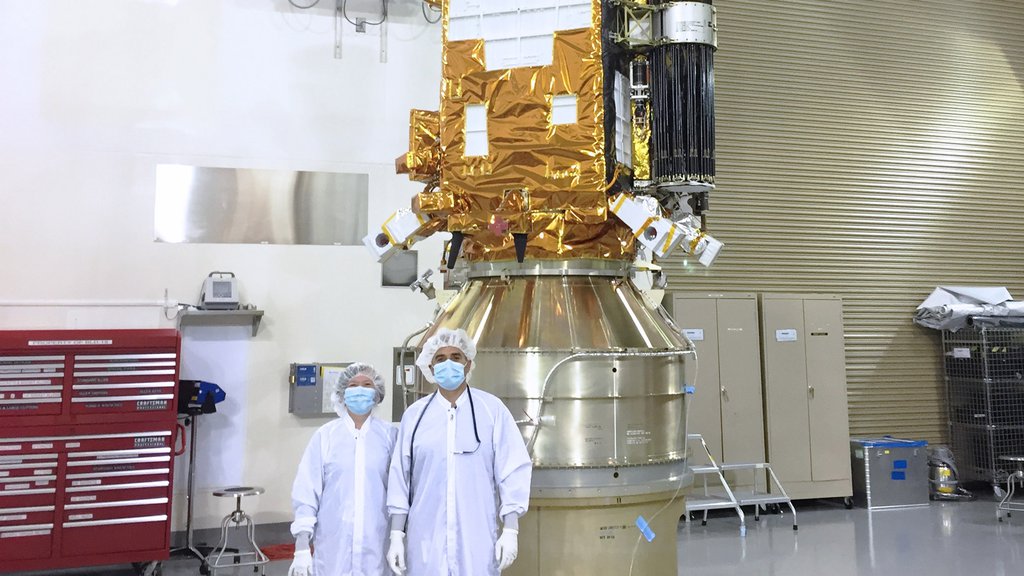 Lien Pham and Mark Duran stand next to the fully assembled Soil Moisture Active Passive (SMAP) spacecraft after its thermal blankets have been added.
Credit: NASA/JPL-Caltech 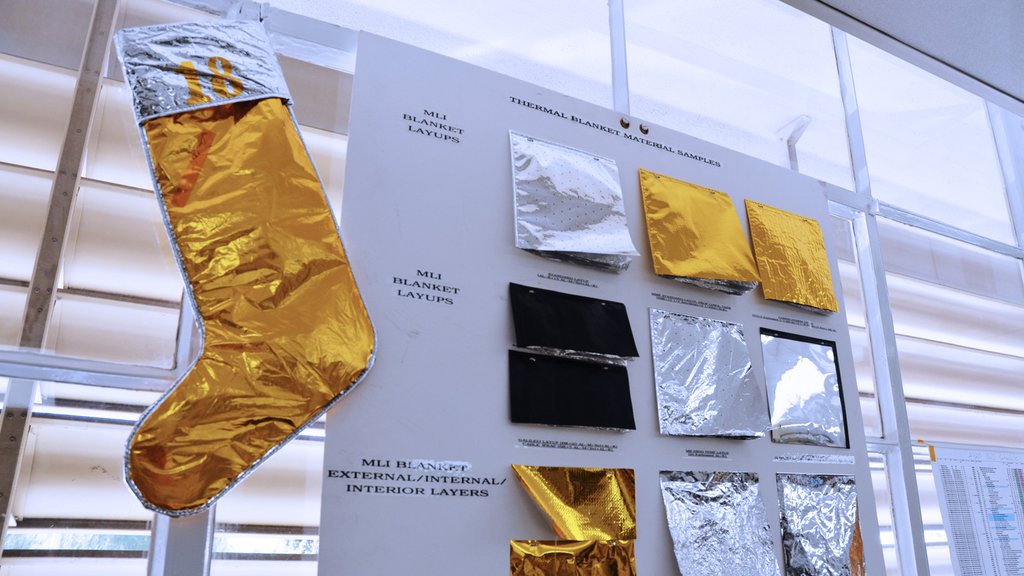 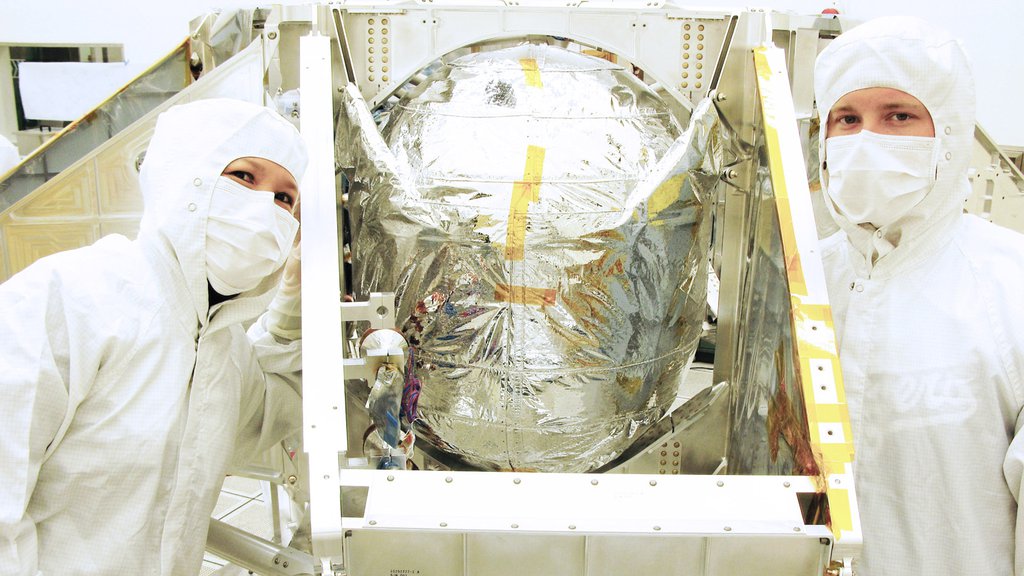 Meet one of the seamstresses behind JPL's thermal blankets, which protect spacecraft from extreme environments.