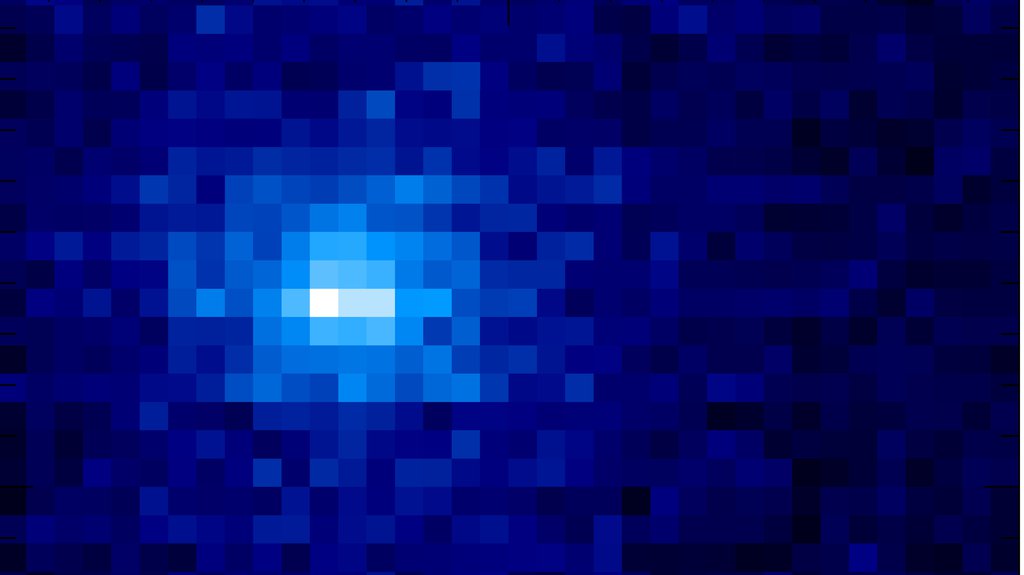 The image shows sunlight that has been scattered by atomic hydrogen, shown as blue in this false-color representation. Comets are surrounded by a huge cloud of atomic hydrogen because water (H2O) vaporizes from the icy nucleus, and solar ultraviolet light breaks it apart into hydrogen and oxygen. Hydrogen atoms scatter solar ultraviolet light, and it was this light that was imaged by the IUVS. Two observations were combined to create this image, after removing the foreground signal that results from sunlight being scattered from hydrogen surrounding Mars.

The bulk of the scattered sunlight shows a cloud that was about a half degree across on the "sky" background, comparable in size to the Earth's moon as seen from Earth. Hydrogen was detected to as far as 93,000 miles (150,000 kilometers) away from the comet's nucleus. The distance is comparable to the distance of the comet from Mars at its closest approach. Gas from the comet is likely to have hit Mars, and would have done so at a speed of 125,000 miles per hour (56 kilometers per second). This gas may have disturbed the Mars atmosphere