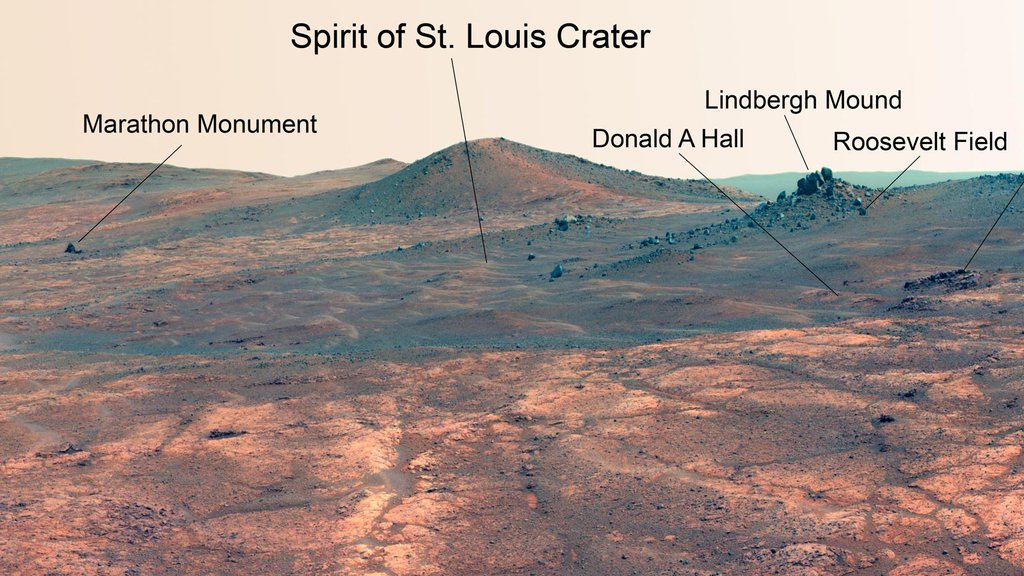 Names related to the first solo nonstop flight across the Atlantic have been informally assigned to a crater NASA's Opportunity Mars rover is studying.› Full image and caption
Credit: NASA/JPL-Caltech/Cornell Univ./Arizona State Univ.

The crater and several features in and near it are shown in a recent image from Opportunity's panoramic camera (Pancam).

Throughout Opportunity's 11-plus years on Mars, the science team for the rover has picked crater names from a list of "vessels of exploration," including ships, spacecraft and aircraft. The names informally assigned for this crater and features in it refer to Charles Lindbergh's May 1927 flight from New York to Paris in the airplane he named Spirit of St. Louis, the first solo nonstop flight across the Atlantic.

Researchers at Washington University in St. Louis help lead the Opportunity mission. A news release from the university describes the connection between St. Louis and Lindbergh, at: