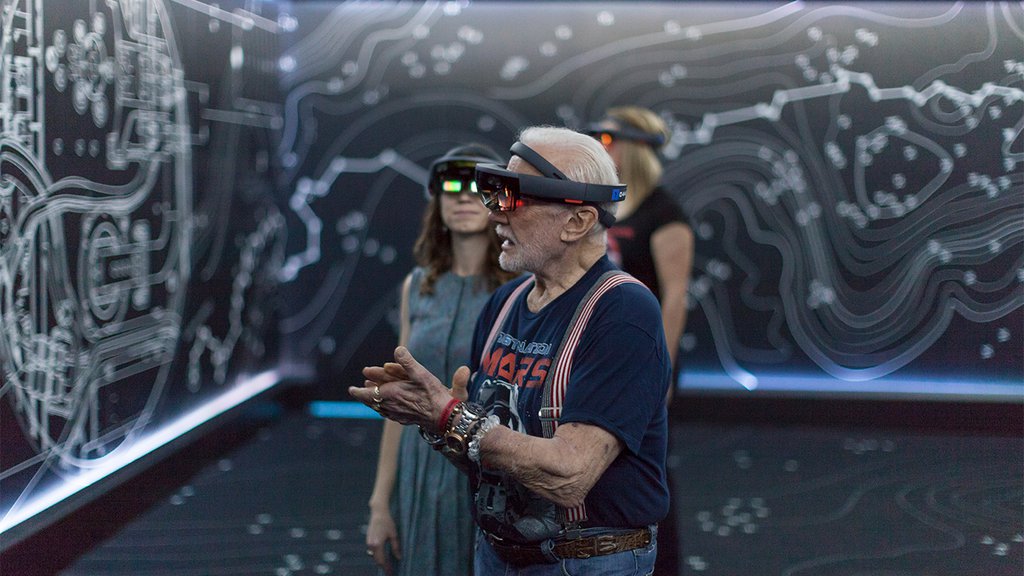 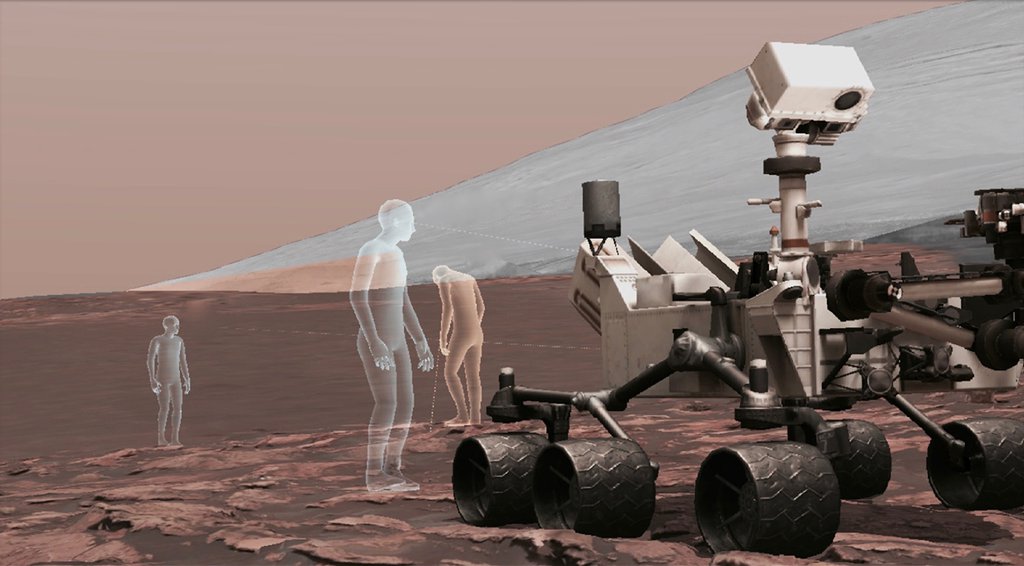 A screen view from OnSight, the 2018 award-winning software developed by NASA's Jet Propulsion Laboratory in collaboration with Microsoft. OnSight uses real rover data to create a 3D simulation of the Martian environment where mission scientists can "meet" to discuss rover operations.
Credit: NASA/JPL-Caltech

A mixed-reality software that allows scientists and engineers to virtually walk on Mars has received NASA's 2018 Software of the Year Award.