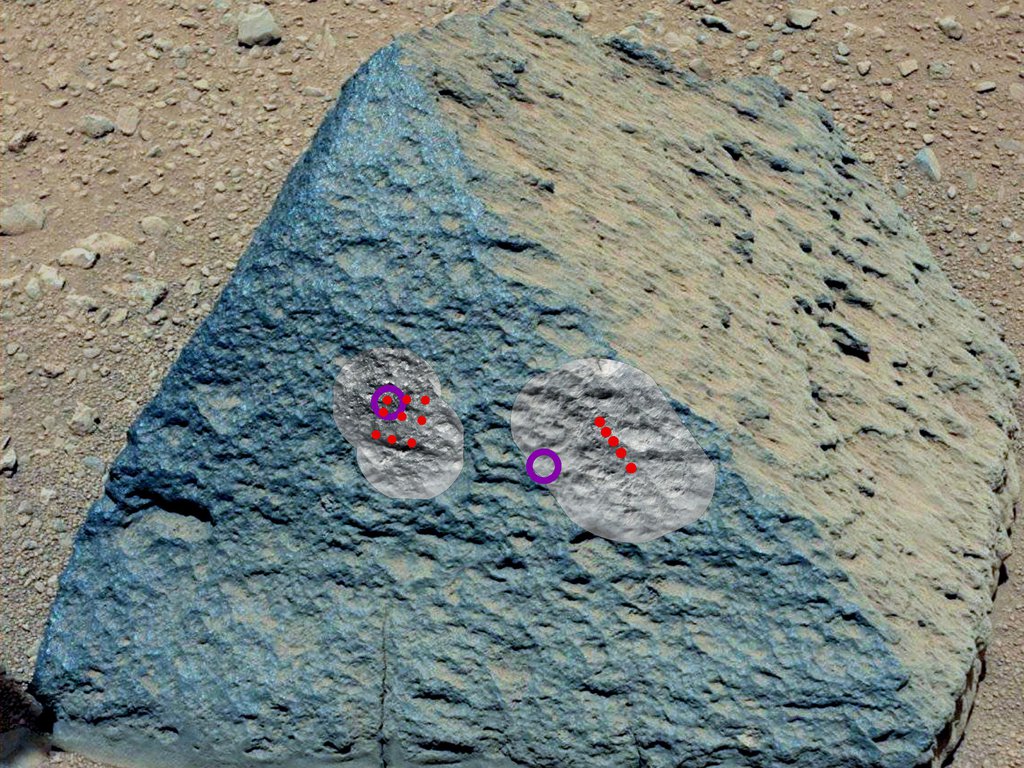 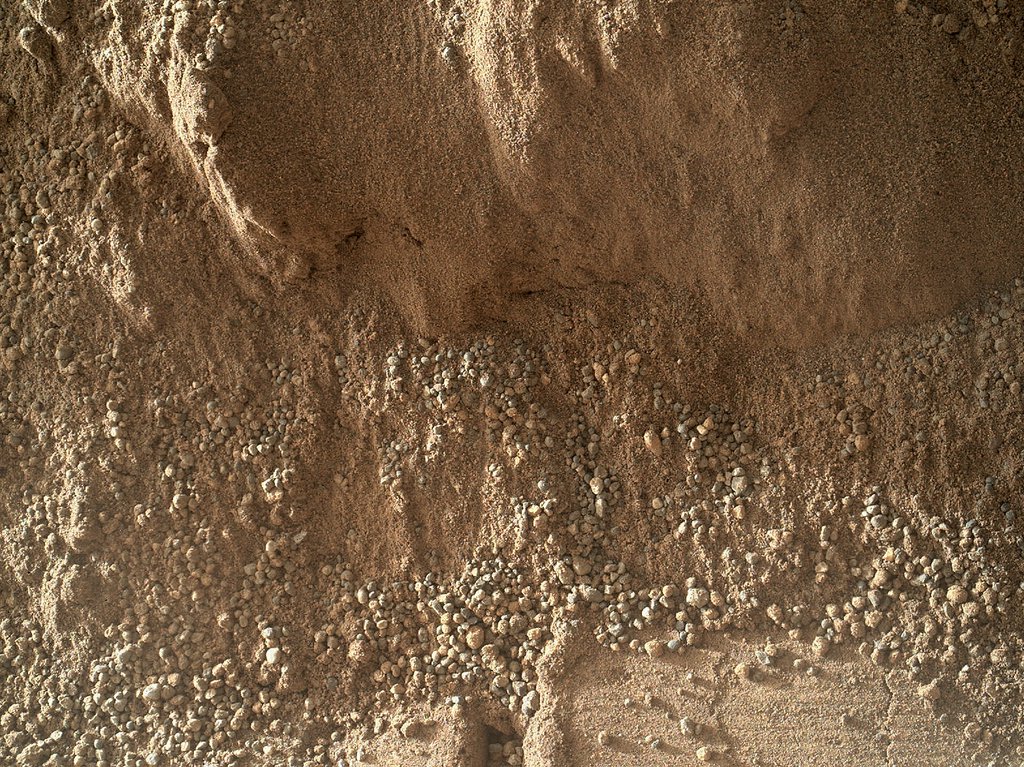 This image shows the wall of a scuffmark NASA's Curiosity made in a windblown ripple of Martian sand with its wheel.› Full image and caption
Credit: NASA/JPL-Caltech/MSSS 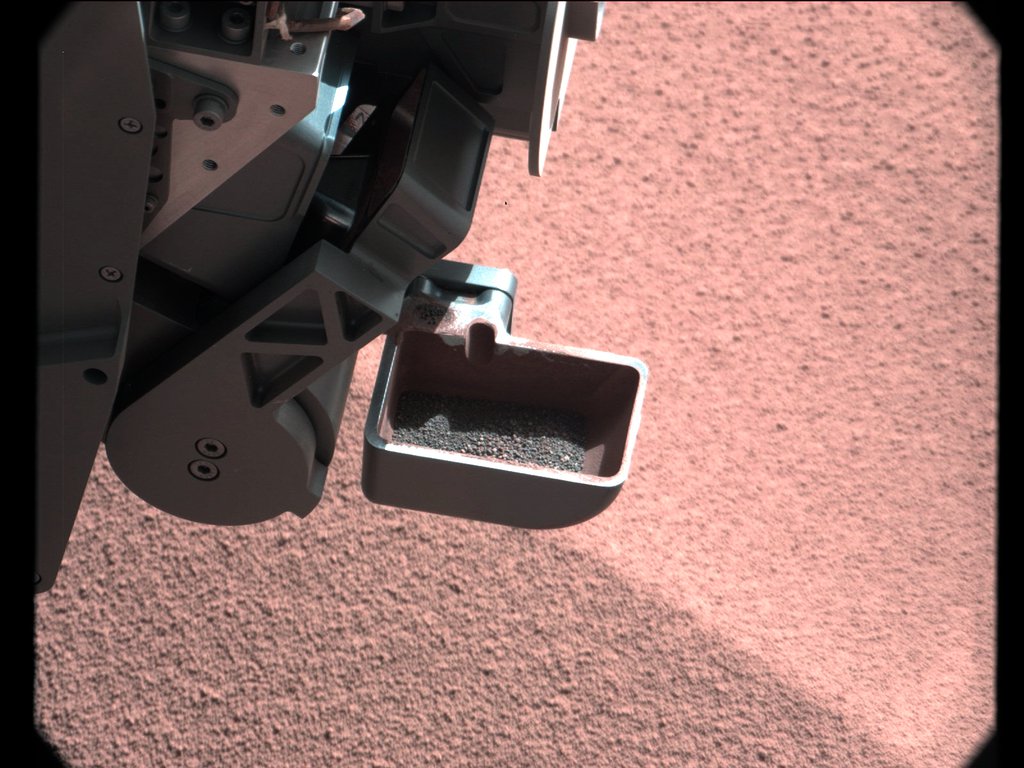 In this image, the scoop on NASA's Curiosity rover shows the larger soil particles that were too big to filter through a sample-processing sieve that is porous only to particles less than 0.006 inches (150 microns) across.› Full image and caption
Credit: NASA/JPL-Caltech/MSSS 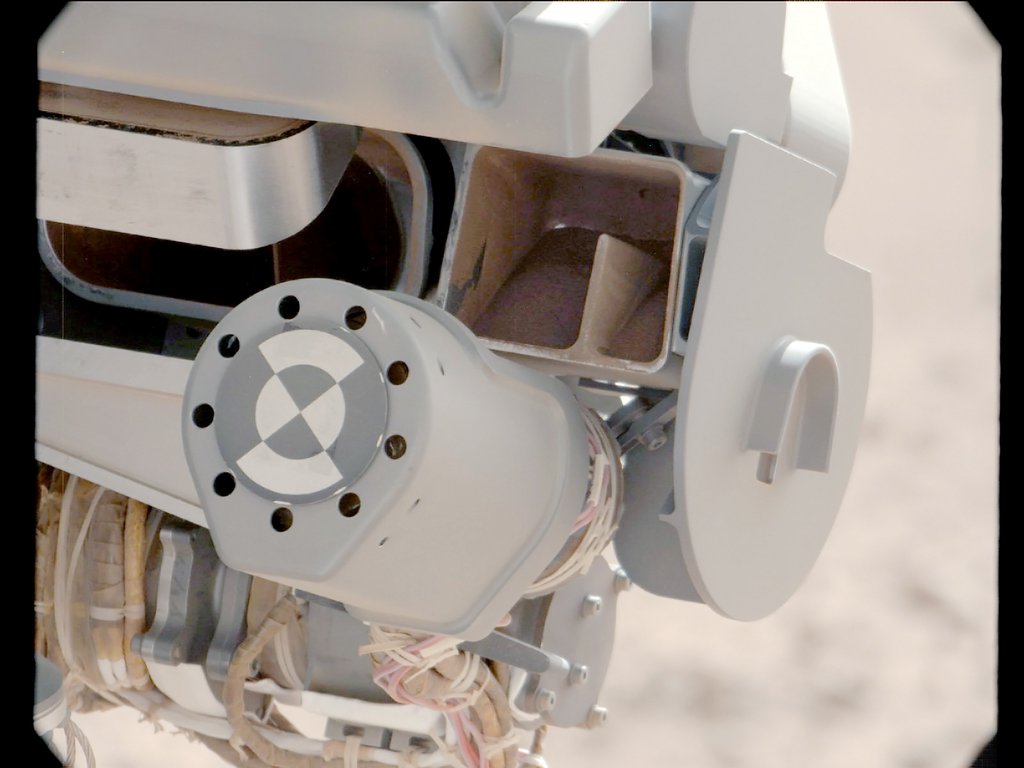 This image shows fine sand from Mars that was filtered by NASA's Curiosity rover as part of its first "decontamination" exercise.› Full image and caption
Credit: NASA/JPL-Caltech/MSSS 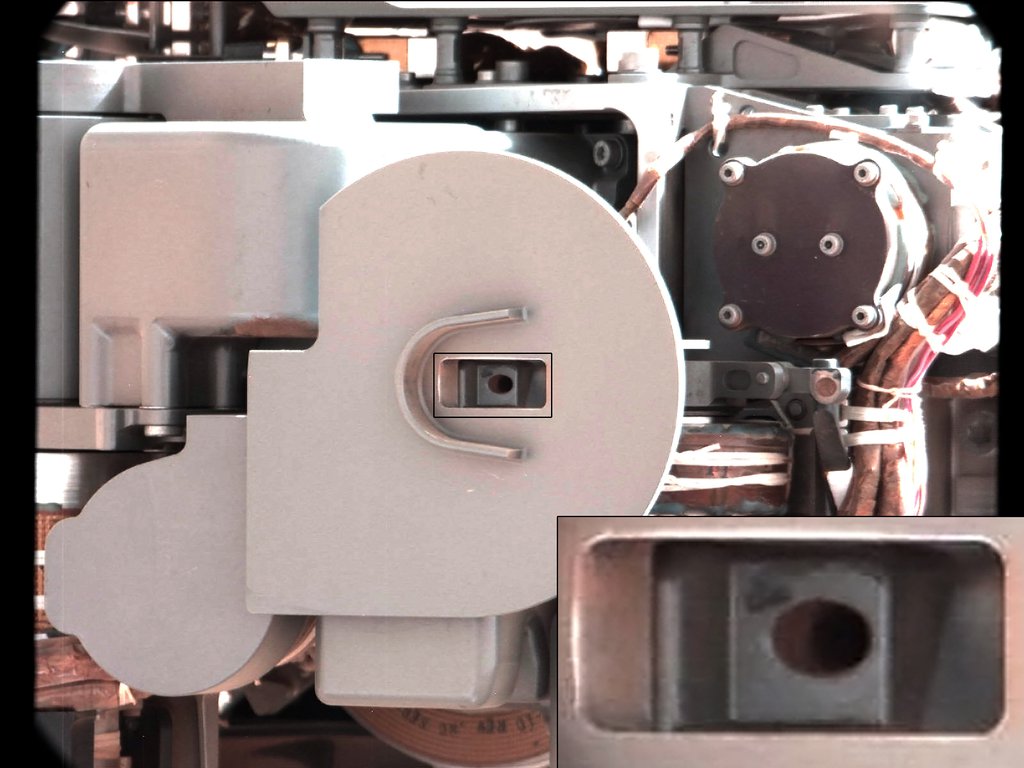 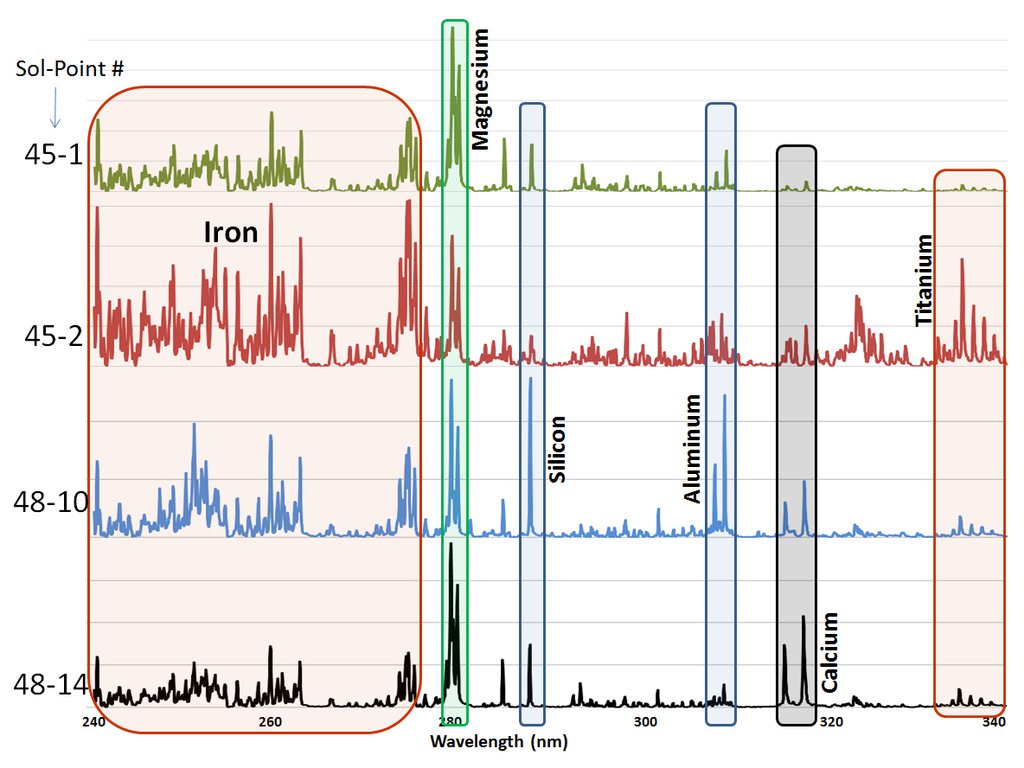 This graphic made from data obtained by NASA's Curiosity rover shows the ultraviolet portion of the spectrum of data obtained by the Chemistry and Camera (ChemCam) instrument, plus peaks for sodium and potassium, for four observation points on the rock "Jake Matijevic," which intrigued scientists.› Full image and caption
Credit: NASA/JPL-Caltech/LANL/IRAP

The first Martian rock NASA's Curiosity rover has reached out to touch presents a more varied composition than expected from previous missions.

The rover team used two instruments on Curiosity to study the chemical makeup of the football-size rock called "Jake Matijevic" (matt-EE-oh-vick) The results support some surprising recent measurements and provide an example of why identifying rocks' composition is such a major emphasis of the mission. Rock compositions tell stories about unseen environments and planetary processes.

"This rock is a close match in chemical composition to an unusual but well-known type of igneous rock found in many volcanic provinces on Earth," said Edward Stolper of the California Institute of Technology in Pasadena, who is a Curiosity co-investigator. "With only one Martian rock of this type, it is difficult to know whether the same processes were involved, but it is a reasonable place to start thinking about its origin."

On Earth, rocks with composition like the Jake rock typically come from processes in the planet's mantle beneath the crust, from crystallization of relatively water-rich magma at elevated pressure.

Jake was the first rock analyzed by the rover's arm-mounted Alpha Particle X-Ray Spectrometer (APXS) instrument and about the thirtieth rock examined by the Chemistry and Camera (ChemCam) instrument. Two penny-size spots on Jake were analyzed Sept. 22 by the rover's improved and faster version of earlier APXS devices on all previous Mars rovers, which have examined hundreds of rocks. That information has provided scientists a library of comparisons for what Curiosity sees.

"Jake is kind of an odd Martian rock," said APXS Principal Investigator Ralf Gellert of the University of Guelph in Ontario, Canada. "It's high in elements consistent with the mineral feldspar, and low in magnesium and iron."

ChemCam found unique compositions at each of 14 target points on the rock, hitting different mineral grains within it.

"ChemCam had been seeing compositions suggestive of feldspar since August, and we're getting closer to confirming that now with APXS data, although there are additional tests to be done," said ChemCam Principal Investigator Roger Wiens (WEENS) of Los Alamos National Laboratory in New Mexico.

Examination of Jake included the first comparison on Mars between APXS results and results from checking the same rock with ChemCam, which shoots laser pulses from the top of the rover's mast.

The wealth of information from the two instruments checking chemical elements in the same rock is just a preview. Curiosity also carries analytical laboratories inside the rover to provide other composition information about powder samples from rocks and soil. The mission is progressing toward getting the first soil sample into those analytical instruments during a "sol," or Martian day.

Before proceeding, the team carefully studied the material for scooping at a sandy patch called "Rocknest," where Curiosity is spending about three weeks.

"That first sample was perfect, just the right particle-size distribution," said JPL's Luther Beegle, Curiosity sampling-system scientist. "We had a lot of steps to be sure it was safe to go through with the scooping and cleaning."

Following the work at Rocknest, the rover team plans to drive Curiosity about 100 yards eastward and select a rock in that area as the first target for using the drill.

During a two-year prime mission, researchers will use Curiosity's 10 instruments to assess whether the study area ever has offered environmental conditions favorable for microbial life. JPL, a division of Caltech, manages the project and built Curiosity. For more about the Mars Science Laboratory Curiosity rover mission, visit: http://www.jpl.nasa.gov/msl , http://www.nasa.gov/msl and http://mars.jpl.nasa.gov/msl .