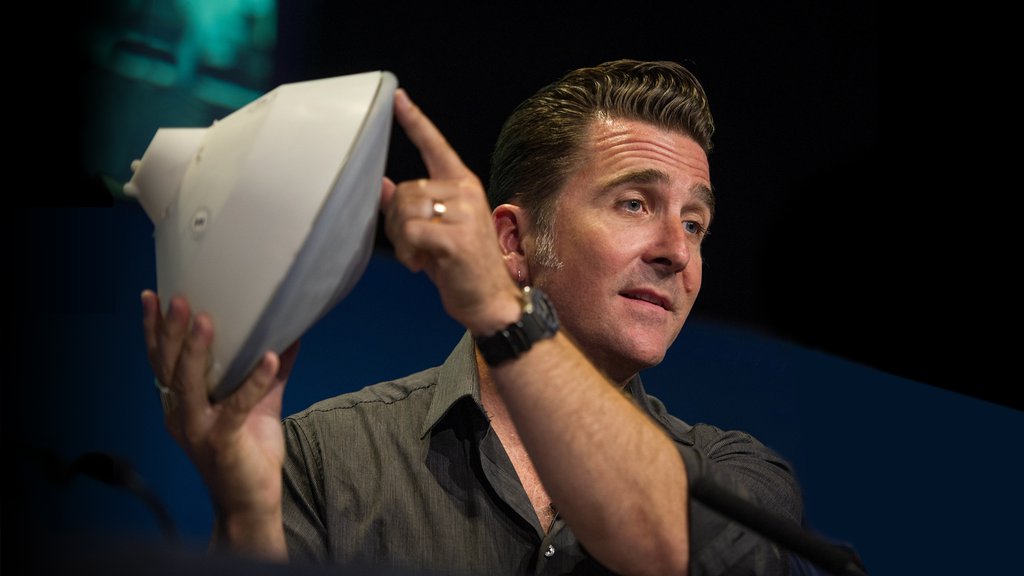 Adam Steltzner of JPL holds up a model of a Mars entry capsule. NASA/JPL-Caltech

Adam Steltzner, a JPL engineer who helped pioneer the breakthrough technique for landing a one-ton rover on Mars, has been elected into the National Academy of Engineering.

Adam Steltzner, a JPL engineer who helped pioneer the breakthrough technique for landing a one-ton rover on Mars, is being honored with admission into the National Academy of Engineering.

Steltzner is recognized for development of the Mars Curiosity rover's entry, descent and landing system and for contributions to control of parachute dynamics.

Election to the academy is among the highest professional distinctions for an engineer. Academy membership honors those who have made outstanding contributions to "engineering research, practice, or education, including, where appropriate, significant contributions to the engineering literature" and to "the pioneering of new and developing fields of technology, making major advancements in traditional fields of engineering, or developing/implementing innovative approaches to engineering education."

The academy's president, C.D. (Dan) Mote Jr., announced the election of Steltzner and 79 other new members and 22 foreign members. This brings the total U.S. membership to 2,275 and the number of foreign members to 232.

Steltzner has worked on multiple NASA flight projects, including Galileo, Cassini, Mars Pathfinder, and the Mars Exploration Rovers (Spirit and Opportunity). The earlier rovers - Pathfinder's Sojourner, as well as Spirit and Opportunity -- landed on Mars with the help of specially designed airbags. NASA's next Mars rover, Curiosity, was so much heavier it needed a different design for entry, descent and landing. Steltzner was involved in the design and led the team that developed the entry, descent and landing system, which included the innovative sky crane landing system that placed Curiosity on Mars in August 2012.

The technology will also be used to land the Mars 2020 rover. Steltzner is currently serving as chief engineer for the Mars 2020 Project, and is also manager of the Planetary Entry, Descent and Landing and Small Body Access Office.

Also elected into the National Academy of Engineering is Paul Dimotakis, who served as JPL's chief technologist from 2006-2011. He is being recognized for his contributions to the fluid mechanics of jet propulsion and other processes involving turbulence, mixing and transport.

The newly elected class will be formally inducted during a ceremony at the academy's annual meeting in Washington on October 9. A full list of inductees is at:

More information about Mars Science Laboratory/Curiosity is at: