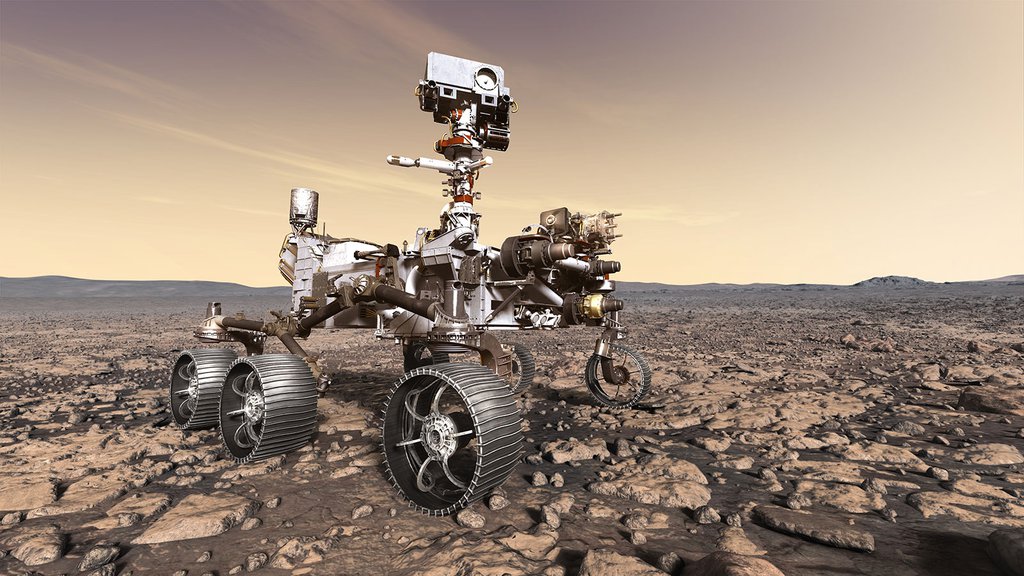 NASA's Perseverance Mars rover has two wind sensors just below its mast, or "head." They're part of MEDA, a weather science package that will provide vital data on the Martian surface, especially dust in the atmosphere. 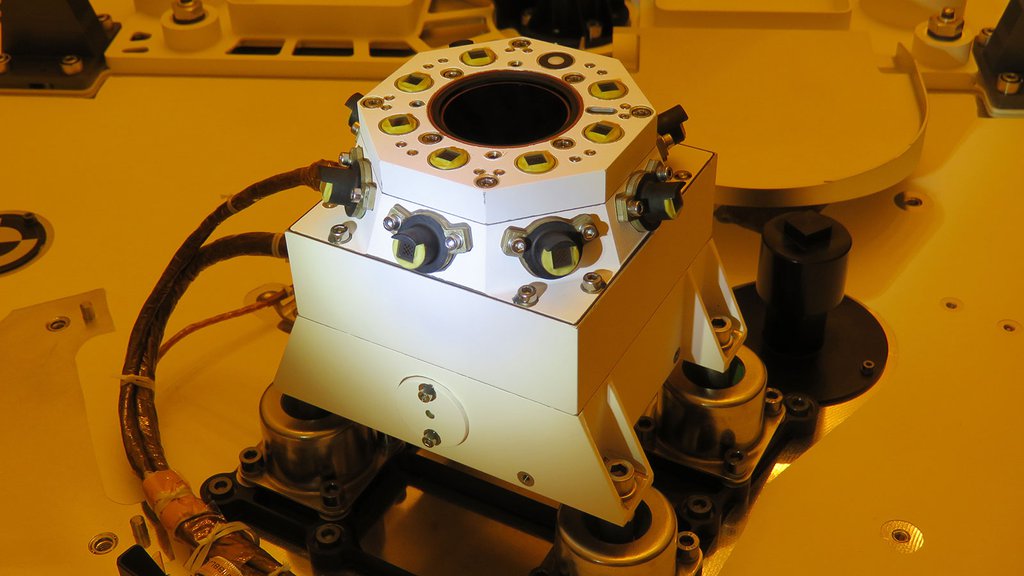 SkyCam is a sky-facing camera aboard NASA's Perseverance Mars rover. As part of MEDA, the rover's set of weather instruments, SkyCam will take images and video of clouds passing in the Martian sky.
Credit: NASA/JPL-Caltech

One of two wind sensors springs out of the mast on NASA's Perseverance Mars rover. These sensors are part of Perseverance's weather instrumentation, called MEDA.