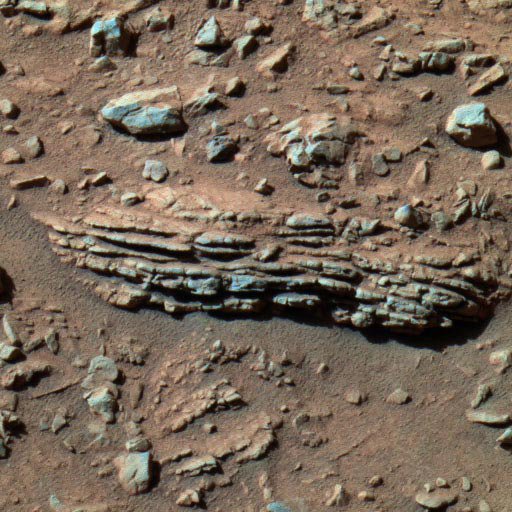 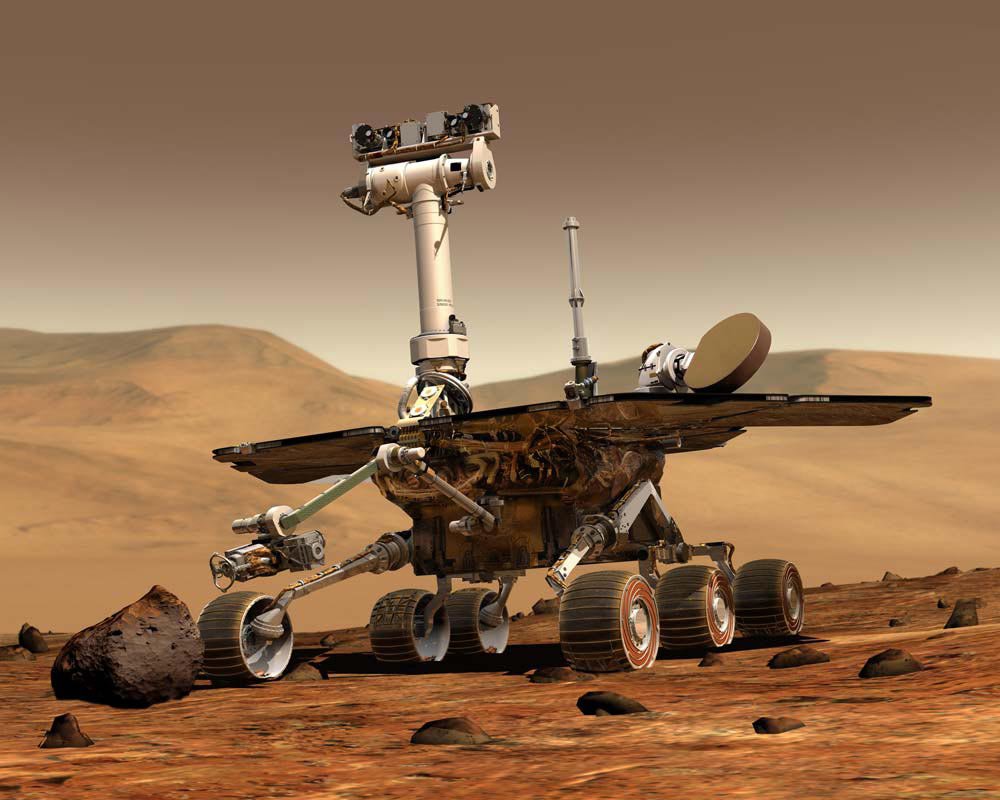 A problem that affects the steering on NASA's Mars Exploration Rover Spirit has recurred after disappearing for nearly two weeks.

Both rovers have successfully completed their three-month primary missions and their first mission extensions. They began second extensions of their missions on Oct. 1.

The relay operates Spirit's right-front and left-rear wheels concurrently, and did not operate as commanded on Oct. 1. Subsequent testing showed no trace of the problem, and on Oct. 7, the rover steered successfully and drove about 2 meters (7 feet), putting it in position to examine a layered rock called "Tetl" for several days. However, the anomaly occurred again on Oct. 13, and the problem appeared intermittently in tests later last week.

"We are continuing tests on Spirit and in our testbed here at JPL," said Jim Erickson, Mars Exploration Rover project manager at JPL. One possible work-around would be to deliberately blow a fuse controlling the relay, disabling the brake action of the steering actuators. The rovers could be operated without that feature. "The only change might be driving in shorter steps when the rover is in rugged terrain," Erickson said.

Spirit has driven a total of 3,647 meters (2.27 miles) since landing, more than six times the distance set as a goal for the mission. Its current target is a layered rock called "Uchben" in the "Columbia Hills." Opportunity has driven 1,619 meters (just over a mile). Its latest stop is a lumpy boulder dubbed "Wopmay" inside "Endurance Crater."

The daily power supply for each rover comes from 1.3 square meters (14 square feet) of solar panels converting sunlight into electricity. Just after the landings in January, the output was about 900 watt-hours per day for each rover -- enough to run a 100-watt bulb for nine hours. As anticipated, output gradually declined due to dust buildup and the martian seasonal change with fewer hours of sunlight and a lower angle of the Sun in the sky. By July, Spirit's daily output had declined to about 400 watt-hours per day. It has been between 400 and 500 watt-hours per day for most of the past two months.

Opportunity, closer to Mars' equator and with the advantage of a sunward-facing tilt as it explored inside the southern half of a crater, maintained an output level between 500 and 600 watt-hours per day in June, July and August. Since early September, the amount of electricity from Opportunity's solar panels has increased markedly and unexpectedly, to more than 700 watt-hours per day, a level not seen since the first 10 weeks of the mission.

"We've been surprised but pleased to see this increase," said Erickson, "The team is evaluating ways to determine which of a few different theories is the best explanation."

JPL, a division of the California Institute of Technology in Pasadena, manages the Mars Exploration Rover project for NASA's Science Mission Directorate, Washington. Additional information about the project is available from JPL at http://marsrovers.jpl.nasa.gov/ and from Cornell University, Ithaca, N.Y., at http://athena.cornell.edu.