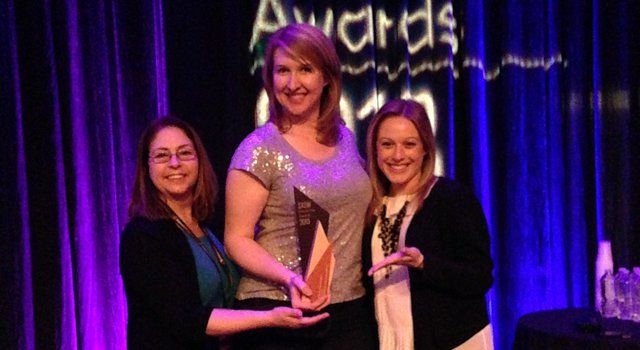 As an example, via the @MarsCuriosity Twitter account, more than 1.3 million people currently follow the ongoing musings of the car-sized rover. Since the account began in 2008, the rover has shared thoughts about preparations leading up to its November 2011 launch from Cape Canaveral, Fla.; the long, dark journey to the Red Planet; the dramatic, white-knuckler events of landing night in August 2012; and numerous post-landing mechanical maneuvers and science discoveries on Mars. Curiosity's Facebook audience now numbers more than 500,000 people who have "liked" the rover's page.

As the rover was built, tested, launched and landed, the public was with the mission every step of the way. Each step, including much of the rover's construction, was streamed live to the NASAJPL Ustream channel, allowing online audiences to view the activities and ask questions through live chats. The channel has received more than 9 million views. Dozens of explanatory videos, including "Seven Minutes of Terror," a dramatic explanation of the complicated landing process, were posted to YouTube.

NASA Tweetup and NASA Social events added a "you are there" element to the campaign. Social media followers were randomly selected to go behind the scenes for launch and landing. They met with scientists and engineers, took pictures, asked questions and shared the experience via their own social media accounts, making them citizen journalists and ambassadors for the mission.

On landing night, Aug. 5, 2012 Pacific time (Aug. 6 Eastern time), millions around the world watched a live feed from JPL's mission control as the rover touched down on the Red Planet.

The social media efforts are part of an overall strategy to deliver news and information on two dozen space missions managed by JPL. They supplement other communication techniques and products, such as news releases, news conferences and press kits, used by NASA and JPL to share the excitement of space exploration and discovery with people everywhere.

"Our goal is to communicate the news of our missions to the widest possible audiences via multiple methods," said McGregor. "With social media platforms, we can deliver information nearly every day and respond to questions quickly. The real joy is seeing comments from people who say this is the first time they've followed a NASA mission so closely, and how it has increased their interest in and excitement about space exploration."

NASA's Mars Science Laboratory Project has been using Curiosity to investigate whether an area within Mars' Gale Crater ever has offered an environment favorable for microbial life. In fact, just hours before the social media award was announced in Texas, scientists announced at a news conference held at NASA Headquarters in Washington that an analysis of a rock sample collected by Curiosity shows ancient Mars could have supported living microbes.

The SXSW Interactive Awards competition "uncovers the best new digital work, from mobile and tablet apps to websites and installations, while celebrating those who are building tomorrow's interactive trends." The competition, initially known as the SXSW Web Awards, was founded in 1997.

The Curiosity Mars rover, carrying 10 science instruments, landed seven months ago to begin its two-year prime mission. JPL, a division of the California Institute of Technology in Pasadena, manages the project for NASA's Science Mission Directorate in Washington.