Mars 2020 Perseverance Rover to Capture Sounds From the Red Planet 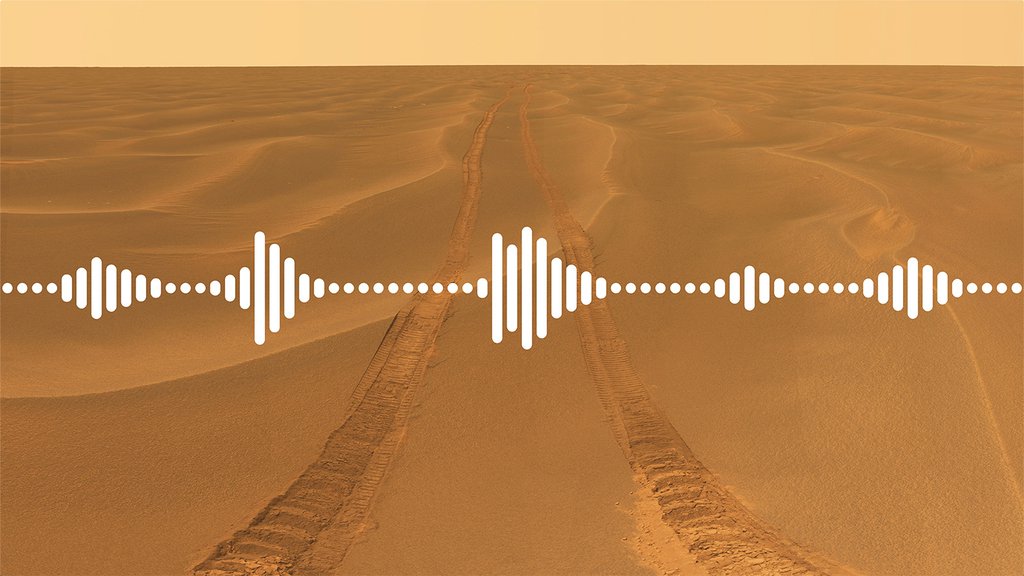 Audio gathered by the mission may not sound quite the same on Mars as it would to our ears on Earth. A new interactive online experience lets you sample the difference.

When the Mars Perseverance rover lands on the Red Planet on Feb. 18, 2021, it will not only collect stunning images and rock samples; the data it returns may also include some recorded sounds from Mars.

The rover carries a pair of microphones, which – if all goes as planned – will provide interesting and historic audio of the arrival and landing at Mars, along with sounds of the rover at work and of wind and other ambient noise.

The way many things sound on Earth would be slightly different on the Red Planet. That’s because the Martian atmosphere is only 1% as dense as Earth’s atmosphere at the surface and has a different makeup than ours, which affects sound emission and propagation. But the discrepancy between sounds on Earth and Mars would be much less dramatic than, for example, someone’s voice before and after inhaling helium from a balloon.

NASA is providing an opportunity on this web page to hear some familiar Earth sounds as scientists expect you would hear them if you were on Mars. You’ll hear, for example, birds chirping, the beeping of a truck backing up, a bicycle bell, and music as they sound on our planet and as scientists anticipate they would sound on Mars. The differences are subtle.

One microphone aboard Perseverance, located on the SuperCam instrument atop the rover’s mast, will be used for science and to record audio of Perseverance and natural sounds on Mars. It will capture sounds of the rover’s laser turning rock into plasma when it hits a target to gather information on rock properties, including hardness. Since the SuperCam microphone is located on the rover’s remote sensing mast, it can be pointed in the direction of a potential sound source.

“It is stunning all the science we can get with an instrument as simple as a microphone on Mars,” said Baptiste Chide, a postdoctoral researcher in planetary science at NASA’s Jet Propulsion Laboratory and a contributor to the SuperCam microphone.

An additional experimental microphone aboard the rover will attempt to record sounds during the mission’s super-tricky entry, descent, and landing (EDL). It may capture, for example, sounds of pyrotechnic devices firing to release the parachute, the Martian winds, wheels crunching down on the Martian surface, and the roaring engines of the descent vehicle as it flies safely away from the rover. This mic is off-the-shelf, with one tweak. “We put a little grid at the end of the microphone to protect it from Martian dust,” said Dave Gruel, the Mars 2020 assembly, testing, and launch operations manager and lead for the EDL camera and microphone at JPL.

A Sounding Board for Mars Audio

SuperCam science team members helped with this interactive experience, providing the scientific lowdown on why audio sounds different on Mars than on Earth. It is based on theoretical models of sound propagation in a Martian atmosphere.

The scientists provide three main reasons for the sound differences:

Chide said, “Sounds on Mars are slightly different than they are on Earth because of the atmospheric composition and its properties. All sounds will be lower in volume due to the low pressure. In addition, the higher-frequency tones will be strongly attenuated by the carbon dioxide molecules. All in all, it would be like listening through a wall.”

Because we’ve never successfully used microphones on Mars before, this experiment may yield some surprises. While scientists are trying to predict as well as they can how things will sound, they won’t know for sure until Perseverance is on the Red Planet. Whatever they find out, Gruel said, “I think it’s going to be real neat to actually hear sounds from another planet.”

“Recording audible sounds on Mars is a unique experience,” added Chide. “With the microphones onboard Perseverance, we will add a fifth sense to Mars exploration. It will open a new area of science investigation for both the atmosphere and the surface.”

The first sounds may be beamed back to Earth and available for the public to hear within days of landing, with a more processed version released about a week after that. The team will process the sounds, with the help of audio experts, to more clearly hear the most interesting sounds.

Listen to audio clips with Dave Gruel, recorded on the same type of microphone being used for entry, descent, and landing at:

David Gruel, assembly, testing, and launch operations manager and lead for the EDL camera and microphone at JPL, explains what sounds the microphone may pick up as the Perseverance rover lands on Mars on Feb. 18, 2021.

David Gruel, assembly, testing, and launch operations manager and lead for the EDL camera and microphone at JPL, is looking forward to hearing sounds of Mars.

For additional audio clips (from a different microphone) of Baptiste Chide, go to:

Baptiste Chide, post-doctoral researcher in planetary science at NASA's Jet Propulsion Laboratory, and a contributor to the SuperCam microphone, explains a difference between sound on Earth and Mars.

And how would you sound on Mars? Your voice would be a quieter, more muffled version, and it would take longer for others to hear you. Check back to mars.nasa.gov/mars-sounds for a future experience in which you can “Martianize” your voice and hear how it might sound on the Red Planet.